Easy-to-grow ’cool season' crops that you might have overlooked - plant them in mid-summer for a successful autumn harvest. 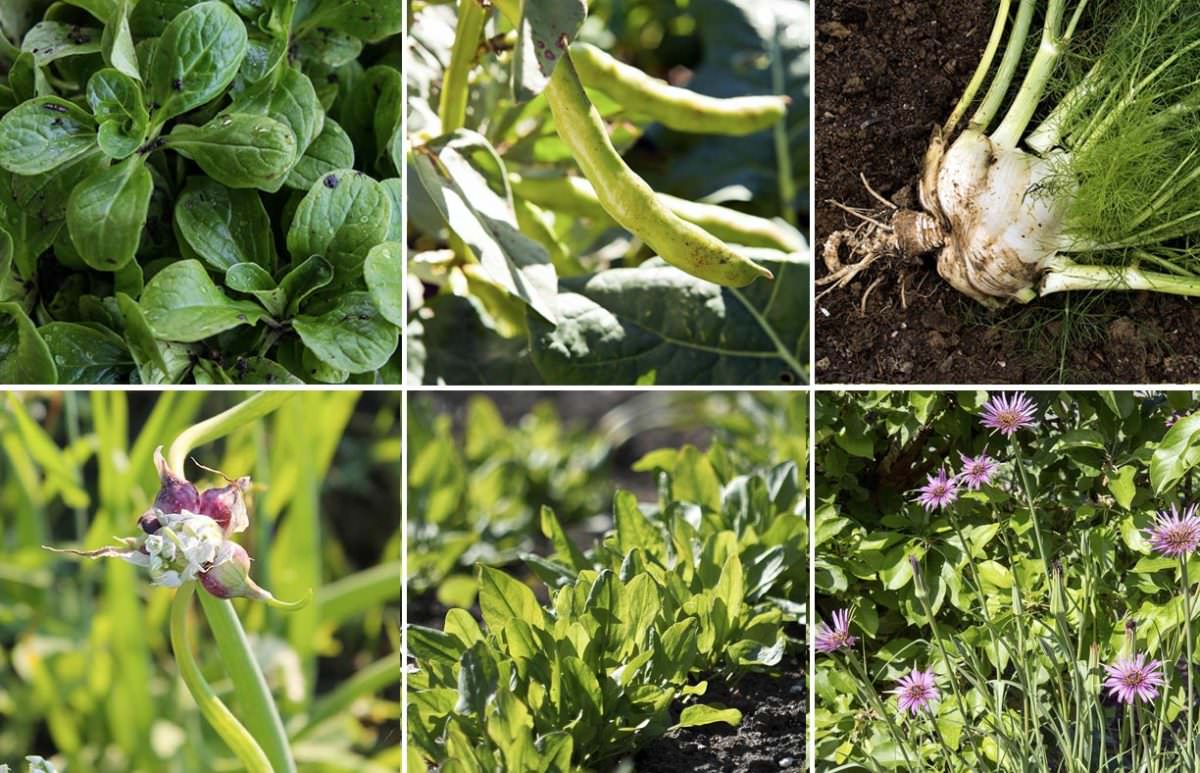 Broccoli, lettuce, kale, arugula, radishes—most gardeners know these “cool season” crops fail to thrive in summer but also grow crisp and tasty in the lengthening days of early fall. Yet these grocery store staples are but the tip of the iceberg of fall crops. Colorful, slightly salty orach greens and sweet and juicy fennel bulbs are but two that you might have missed as you planned your fall garden.

Despite the name, cool-season crops must be planted in the dog days of summer in order to mature before the first frost of fall. Unlike frost-sensitive “warm season” crops, most fall vegetables will continue to produce until a deep freeze hits (meaning all winter in mild climates), but only if they get up to size while the weather is still fairly warm.

To determine the optimal planting date, simply count backward from the average date of first frost in your area (find the date here) by the number of “days to maturity” listed on the seed package. Orach, for example, requires 50 to 60 days from sowing seed to maturity, so if you live in Memphis where the first frost usually comes around November 13th, plant it by mid-September. In Minneapolis, where the frost comes around October 5th, plant it no later than mid-August. 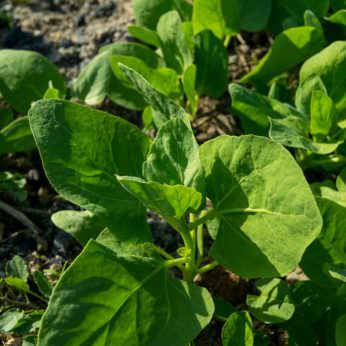 Orach plant in a garden. greenair/Shutterstock.com

Also known as saltbush, this Mediterranean green is distantly related to spinach. It has a similar flavor, but with a unique salty bite. It is extremely easy to grow, eventually reaching 3 to 4 feet in height, providing a plethora of greens for both salads and stir fries. Start harvesting leaves once the seedlings are 6 inches tall, but don’t harvest the entire plant – it will keep producing if you let it grow up and out. There are several colorful varieties to choose from. 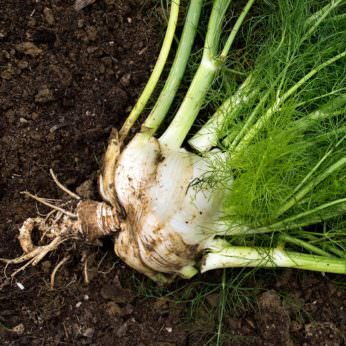 Fennel bulb is grown as a vegetable, unlike the herb. Sarah2/shutterstock.com

Another Mediterranean specialty, this type of fennel is grown as a vegetable, not an herb. In Italy, it’s known as finocchio, where it is commonly diced and added to salads. It has the same anise-like flavor as the herb, but in the form of a juicy, crunchy vegetable. The “bulb” in this case is not part of the root system, but refers the swollen base of the stem. For the sweetest, juiciest bulbs, plant in a bed of loose soil that is amply enriched with compost and well-irrigated. To produce the bright white vegetable preferred by chefs, pile a bit of soil around the base of the plants as the bulbs mature to prevent photosynthesis. Fennel bulbs size up slowly, but the undersize bulbs are succulent, delicious, and totally worth harvesting should a hard freeze come before they mature. 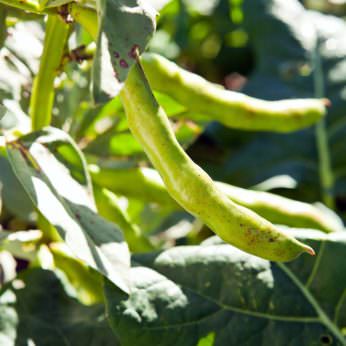 A cool weather vegetable rooted in the ancient culinary traditions if the Middle East and Mediterranean Basin, fava beans are more often grown in North America as a nitrogen-fixing “cover crop” than for food. But most people who’ve tasted steamed favas – they are nutty like lima beans and slightly sweet like a tender pole bean – can’t understand why the rest of the world hasn’t caught on. Favas are most often consumed when the beans are green and tender, though you may also dry them to use in soups. This robust, pest-resistant crop makes its own nitrogen, so no fertilizer is required. Make sure to choose varieties selected for flavor, such as Sweet Lorane or Aquadulce, rather than the more bitter varieties intended as cover crops. 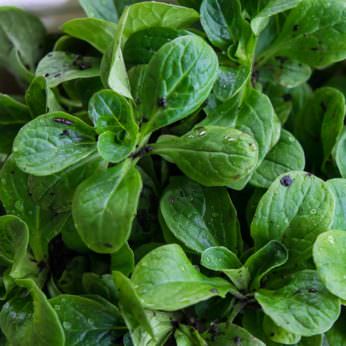 Mache plants are ready to be harvested at just a couple inches tall. corners74/shutterstock.com

Also known as corn salad, this petit green has a sweet, mild flavor akin to baby lettuce. Ready to harvest at a height of just 2 to 3 inches, mache is typically planted densely and harvested en masse by trimming it down with scissors. You can grow it as a groundcover around taller vegetables. Mache deplores heat and will not germinate in soil temperatures above 70 degrees. It matures quickly, however, so wait to plant this one until early fall. 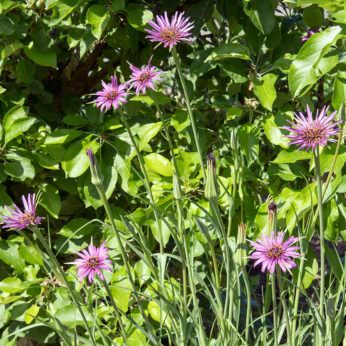 Salsify sprouts these blossoms in the summer, but rest of the plant is a tasty cool-weather treat. Peter Turner Photography/shutterstock.com

This slender root crop has a unique earthy, salty flavor that some consider fishy, hence the alternative name, oyster plant. There are two types of salsify – one has black skin and longer roots, the other is shorter and white – but both have the same growing requirements, which are minimal: plant them in loose, modestly fertile soil, water when dry, and let nature do the rest. Salsify matures slowly, but is quite cold hardy, and will overwinter in the ground in all but the most frigid climates, allowing for a spring harvest. A blanket of mulch helps them survive in the snow and ice. The tender greens that sprout in spring are also edible, and if you leave a few roots to grow until they send up flower stalks, you’ll be rewarded with stunning mauve blossoms in summer. Roast, bake, or steam the roots as you would potatoes or parsnip. 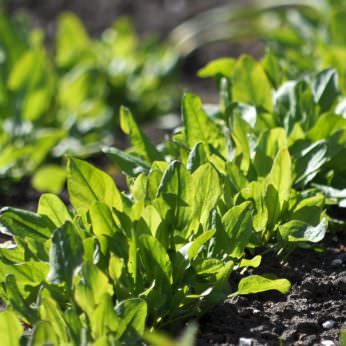 Sorrel is hardy over winter, and can also tolerate shade better than most vegetables. Orest Lyzhechka/shutterstock.com

Adored by French chefs, sorrel is a tangy green that adds zest to salads and soups. Quick to mature, sorrel is easily grown from seed, but rooted seedlings are also available online, which can be planted up to within a few weeks of the first frost. This plant is unusually cold hardy and reappears for an early spring harvest in most regions. It is also tolerates a half day of shade – a rarity among vegetables. 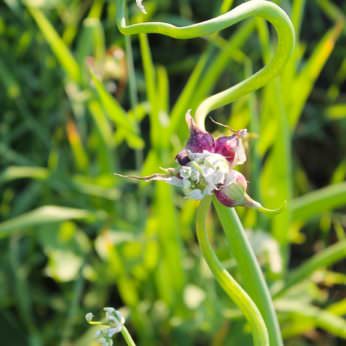 Top-Set Onions
from bulbs, 65 to 79 days to maturity

This perennial onion, also called a tree onion, grows year after year, unlike ordinary onions which must be replanted annually. Top-set onions can be planted in any season, though they grow best when established in late summer. Grown this way, they won’t produce a crop until the following spring, when small, shallot-size bulbs will emerge at the top of the three-foot stalks, rather than underground. In fall, the stalks topple over and deposit any unharvested bulbs on the ground, essentially sowing the next crop. For this reason, they are also referred to as walking onions – they slowly spread themselves throughout the garden in this manner over many years. They are much less finicky to grow than other onions, though they have a slightly more pungent flavor. Seed is rarely available; order bulbs to plant instead.