The CDC is warning consumers not to eat any Maradol papayas as the investigation continues. 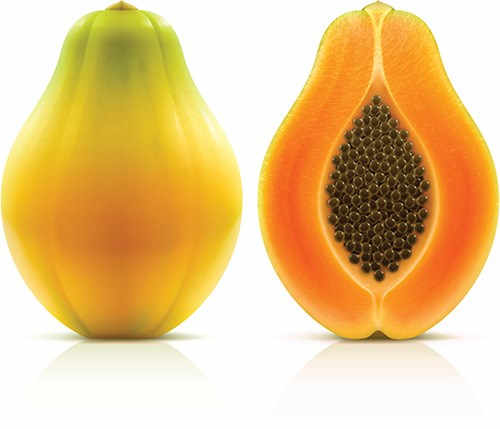 The FDA says the outbreak has been linked to Caribeña brand yellow Maradol papayas imported from Mexico and distributed by Grande Produce in San Juan, Tex. The CDC is warning consumers not to eat any Maradol papayas as the investigation continues.

“Based on the available evidence, CDC recommends that consumers not eat, restaurants not serve, and retailers not sell Maradol papayas until we learn more,” the CDC says in a statement. 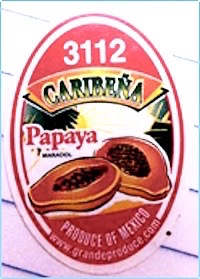 The label of the papayas linked to the outbreak. PHOTO: Maryland Department of Health.

The Maryland Department of Health was the first agency to discover the outbreak, which occurred in Baltimore, but New York and New Jersey have been hit hardest with a combined 25 cases so far. There have also been cases reported in Iowa, Kentucky, Louisiana, Massachusetts, Minnesota, Pennsylvania, Texas, Utah, and Virginia. The outbreak began in mid-May and has continued through the summer. The FDA’s warning was released this past Saturday, July 22. Twelve people have been hospitalized and one person died (their age has not been released).

The specific strain of the disease involved is called Salmonella Kiambu. It causes symptoms such as vomiting, diarrhea, abdominal cramps, and fever that can manifest anywhere between six hours and three days after exposure to the bacteria. The symptoms usually last four days to a week. In rare cases the infection can lead to death if not promptly treated with antibiotics. The most vulnerable people are children under five, adults over 65, and anyone with a compromised immune system, according to the CDC.

It’s still an active investigation as the feds look into whether there were other firms that may have distributed contaminated Maradol papayas as well as to exactly where along the supply chain the fruit was contaminated. Consumers are encouraged to check their papayas and throw them away if they match the brand and type. The FDA hasn’t ordered a recall of the products, but according to CBS News, the agency is working with the company toward that goal.

HLB Specialties, which distributes a range of tropical fruits to the U.S., says in an email that there are other types of papayas that are still safe to consume, including Tainung – also known as Formosa – and Brazilian Golden varieties.