Paris, Trump, and the Food System: Ten Experts Weigh In

From environmentalist Bill McKibben to politician and organic farmer Chellie Pingree, here's what the experts are saying. 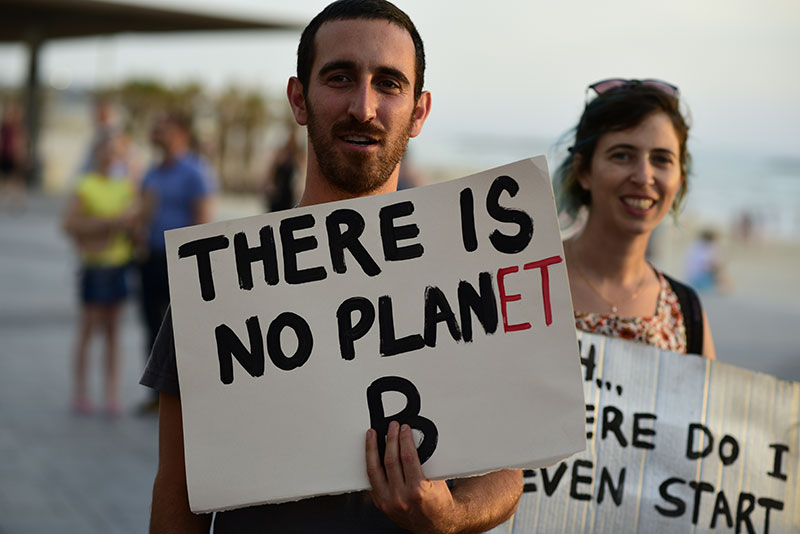 Democrats and Israeli environmental activists protest against Donald Trump In front of the US Embassy in Tel Aviv this past May.
Photography Avivi Aharon / Shutterstock.com
Share
Tweet
Pin
Email
310 Shares 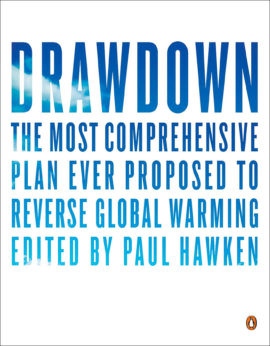 There is reason to believe that the food-climate connection may soon get a lot more attention, however. Paul Hawken, the beloved founder of the Smith and Hawken garden tool catalog and best-selling author of The Ecology of Commerce, Natural Capitalism, and Blessed Unrest, has just released a new book on the 100 “most substantive solutions” to global warming – four of the ten most effective solutions, in terms of cost, feasibility, and climate impact, relate to the food system: emphasizing a plant-based diet, reducing food waste, practicing silvopasture (raising trees and livestock together), and not cutting down tropical forests for agriculture.

, Hawken reveals that some of the most lauded technological solutions to global warming are less impactful on GHG emissions than relatively mundane agricultural interventions. Offshore wind turbines are number 22, while managed grazing is number 19. Electric vehicles are number 26, while improved rice cultivation is number 24. LED lighting is number 33, while multistrata agroforestry is number 29. The rankings aren’t based on whimsy: Hawkens employed a team of scientists to spend several years analyzing every available option to combat climate change. The full list is available at drawdown.org.

Here is what Hawkens, and nine other experts, have to say about climate change, food, and Trump’s decision to pull out of the Paris accord.

Four of the ten most effective solutions to global warming, in terms of cost, feasibility, and climate impact, relate to the food system.

“The solutions we need to reverse global warming already exist, and they will continue to grow with or without help from Washington. That holds especially true for the food sector, which has enormous potential to reduce greenhouse gases between now and midcentury. With food, agency is open to all and impact can begin immediately. Anyone can work towards reducing food waste and adopting plant-rich diets, two of the most powerful solutions at hand. Farmers can draw on a suite of techniques that benefit the climate while improving soil health, yields, and income. Farmers, urban growers, backyard gardeners, and all of us as eaters can – and will – lead the way.” – Paul Hawken, Executive Director, Project Drawdown, and Katharine Wilkinson, Senior Writer, Project Drawdown

“If there’s a silver lining here, it’s the chance it provides to educate mayors and governors about climate and food. The message about renewable energy seems to be getting through, with many jurisdictions committing to 100 percent renewable – but that’s a message that’s been talked about for a decade. This is the chance to get that same buzz going around food.” – Bill McKibben, founder of the climate change activism group 350.org

“Our food production system depends on a temperate climate, and agricultural sustainability depends on practices that minimize production of greenhouse gases. ‘Anything goes’ won’t work for the world and it won’t work for us. We should be taking the leadership in reversing greenhouse gas emissions.” – Marion Nestle, professor of Nutrition, Food Studies, and Public Health at New York University and author of Food Politics

“This decision puts us out of step with the world. We are no longer a leader. It seems we can’t even follow. We have no choice but to fight back with everything we have. To state the obvious, the planet depends on it. But research is likely to be crippled. This decision, coupled with the President’s budget proposal, suggests that we should anticipate severely reduced budgets for research related to climate change across the federal government, including at the USDA where work on soil carbon is underway.” – Kathleen Merrigan, executive director of sustainability at George Washington University and former Deputy Secretary of the USDA under President Obama

“Trump’s dismissal of human-induced climate change further indicates that not only is he anti-science, but also anti-business. From creating cleaner energy innovations to more environmentally sustainable and socially just ways of farming, the private sector will continue to take the lead in the battle against climate change. They realize that these endeavors are not only good for the earth and future generations, but also good for their bottom lines. It’s a shame that the President – who is known for being a businessman – can’t see the opportunity for people and the planet.” – Danielle Nierenberg, activist, author, and founder of Food Tank

“The tragic irony of using the U.S. economy as a reason to pull out of the Paris climate accord is that climate change already has serious economic consequences, especially for U.S. farmers. Radical shifts in climate are already spreading more serious outbreaks of pests and disease, disrupting pollination days in crops due to extreme temperatures, and increasing incidence of drought and floods. Farm economies suffer, even with the patch of tax-payer funded insurance.” – Matthew Dillon, director of agricultural policy and programs at Clif Bar and founder of the Organic Seed Alliance

“As a longtime farmer and a Member of Congress, I found President Trump’s decision to withdraw from the Paris Climate Agreement to be foolish and dangerous, but not surprising. From his embrace of coal to his slashing of energy efficiency, conservation, and research programs that many farmers rely on, this is just the latest example of him turning his back on farmers.

On farms across the nation and world, climate change is not a theory; it’s everyday reality. Farmers are dealing with drought, flooding, soil loss, invasive species, pests, and many other consequences of climate change. To help mitigate the effects of climate change in agriculture without jeopardizing food security, we need to incentivize farmers to capture carbon in soil, reduce food waste across the food system, and support research on innovative technologies.

Climate change and greenhouse gas emissions are hurting other parts of our food system, too. Here in Maine, climate change has hampered recovery of the once lucrative cod fishery; carbon emissions cause ocean acidification that jeopardizes shellfish populations; and warming waters threaten to drive out the lobsters that are the lifeblood of our coastal economy.

The people who feed America have a tough job even when everything goes well. Climate change is introducing new challenges and variables more quickly than we can adapt to them. President Trump’s shortsightedness – either willful or actual – of this crisis is incredibly dangerous for the future of our country’s food system and the people who make their livelihoods from it.” – Rep. Chellie Pingree, democrat in the U.S. House of Representatives for the first district of Maine

“Ignoring climate change is reckless and puts our people and future at risk. Without unified international action to combat it, we will be abandoning the land, air and water that feed our fragile food system. A strong food system means clean air, clean water, sustainable land, and clean food. But with the U.S. decision to pull out of the Paris Accord, the President has decided that interests of corporate profits and polluters are more important. Food Policy Action will keep arming the public with information to hold their legislators accountable for their food policy record – including protective climate efforts.” – Ken Cook, co-founder of Food Policy Action and CEO of the Environmental Working Group

“The only thing worse than being in the Paris Agreement is not being in it. The agreement’s compromises – fought for by the U.S. on behalf of its business interests – allowed the world’s leading profiters from pollution to continue to enrich themselves, guaranteeing a world with a greater than 2 degrees Celsius average temperature increase.

But for all that, at least the principle that concerted collective action, and redistribution from Global North to South stood for something. Trump gave it the stubby finger. So if you’re worried about climate change, there’s even more reason to militate: any illusion that it would be taken care of by the government can now be buried.

If there’s a silver lining, it’s that we can now dream much bigger than the Paris Agreement’s boundaries. If we’re concerned about climate change and justice in the food system, we get to think not just about agroecology, but about redistribution and reparation. Seven of the ten worst paying jobs in the U.S. are in the food system. How about we kick off a commitment to food systems and climate change by raising wages and weatherizing the homes of those who cannot afford to do it themselves?

And then think about how the U.S. climate debt can be repaid. There’s so much more to dream, but despite the Trumpian disaster of withdrawal from the Paris Agreement, there’s always room to fight, to act and to resist. At least Trump reminds us of that.” – Raj Patel, activist, author, professor at the University of Texas, Austin, and researcher at Rhodes University, South Africa

“Farmers are leading the way toward more resilient and sustainable farming that helps them adapt to a changing climate. That momentum won’t be stopped, even as the Trump administration rejects science and pushes back against research that could accelerate the path to win-win solutions for farmers and the environment. Agriculture is one of humanity’s major interfaces with the planet and atmosphere; it’s tightly intertwined with the nitrogen and carbon cycles that farmers work with every day, and which need to be strategically managed to mitigate global warming. Currently, agriculture, forestry and land use contribute 24 percent of global climate emissions, and the food system – from farming all the way to home kitchens – makes up nearly 30 percent of global emissions. There’s a huge opportunity for farmers and agricultural scientists to create solutions together, despite this discouraging setback.” – Ricardo Salvador, director of the Food and Environment program at the Union of Concerned Scientists