Honey Nut Cheerios just gave out 1.5 billion wildflower seeds in an effort to help restore lost pollinator habitat - but they're getting some flack. Why? 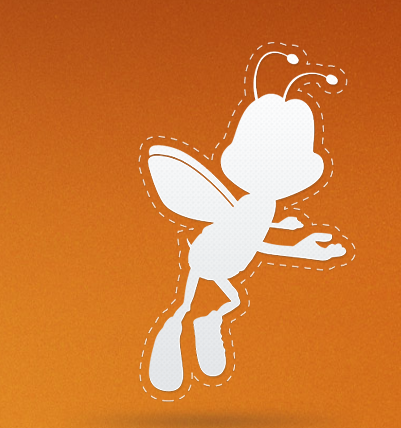 General Mills, Cheerios’ parent company, initially planned on giving out 100 million seeds (100 per package) from Veseys Seeds, but they had such overwhelming response upon launch that they ended up mailing out 1.5 billion in a single week and have since run out. The hope is that customers will plant the seeds in order to help restore lost pollinator habitat.

So why does Cheerios care so much? Thirty percent of General Mills’ ingredients rely on pollination, says the company. Bees play an outsized role in this area (overall, bees are responsible for pollinating 75 percent of the fruits, nuts, and vegetables grown in the U.S., according to the USDA). The European honey bee – the bee that typically comes to mind when we think of bees – is the most important pollinator on the planet, and their numbers are declining at an alarming rate – about 20 percent a year for several years. Between 2015 and 2016 alone, the USDA reported a 44 percent decline in U.S. honey bee colonies. (The bee crisis also goes beyond honey bees: native bees in the U.S., which also help pollinate crops, albeit on a smaller scale, have had even more problems – a recent study by the Center for Biological Diversity of about 1,400 native bee species found that more than half are in decline. One, the rusty patched bumble bee, was recently added to the Endangered Species List.)

While habitat loss and fragmentation are some of the drivers of pollinator decline, so are pesticides. One herbicide in particular, glyphosate, has been at the center of the debate. A study from 2015 found that glyphosate impacted bees’ ability to navigate. There has also been other research linking impaired feeding behavior and the loss of beneficial bacteria in the bees’ gut to glyphosate. On the other hand, another study, also from 2015, found glyphosate had a relatively low toxicity in regard to honey bees.

While General Mills is busy trying to restore bee habitat through various efforts, its oat growers may be having the opposite effect (depending on which studies you rely on), since some General Mills suppliers use oats that are sprayed with glyphosate to help speed up the drying process. When we asked the company about its stance on glyphosate and bee health, Mike Siemienas, the brand media relations manager at General Mills, said in an email that “the EPA has researched this issue and has set rules that we follow as do farmers who grow crops including wheat and oats. We continue to work closely with farmers, our suppliers and conservation organizations to ensure the appropriate, minimized use of pesticides on the crops and ingredients we use in our foods.” He stressed that all the company’s products “are safe and without question they meet regulatory safety levels.”

The company has also been getting flack for its choice in the kinds of seeds it gave out. A number of media outlets reported that some of the flowers in the seed mix are considered invasive species in various parts of the country. All the stories reference a Lifehacker article that points out Forget-me-not is banned as a noxious weed in Massachusetts and Connecticut and the California poppy is considered an invasive species in the southeast. You can check out the USDA’s extensive plant database here for more details.

Both Veseys and Cheerios pushed back on the Lifehacker article. John Barrett, director of sales, marketing and development with Veseys told the CBC earlier this week that “in most locations, the seed mixture species will be non-native but not considered invasive.” Cheerios, on its Facebook page, also went on the offensive, saying that the “seed varieties in the mix are not considered invasive” and that the flower varieties in the mix “were selected for their flowers which produce nectar and pollen that are attractive to bees and other pollinators.”

Although General Mills is getting taken to task for its seed giveaway, the company has been doing a lot of admirable, behind-the-scenes work focused on expanding pollinator habitat. Last spring, Honey Nut Cheerios announced that by the end of 2020, there will be about 3,300 total acres of dedicated pollinator habitat on the 60,000 acres of land used to grow the oats for its product in various regions of the country. They’ve also made an even bigger commitment, with plans to restore about 100,000 acres of pollinator habitat across the U.S. through 2021 in partnership with the Xerces Society – a non-profit pollinator conservation group that’s been around for more than 40 years – and the USDA. Large-scale habitat projects have already been planted or are in the works with farms supplying ingredients to Cheerios, and several other of its product lines, according to General Mills. Additionally, the company says it has donated more than $4 million to the Xerces Society to support pollinator projects over the last six years.