Cows produce a lot of methane, a potent greenhouse gas. Scientists have been looking at various ways to reduce the amount of gas that, uh, escapes these creatures. One promising answer may lie in supplementing their feed with tannin-rich plants. 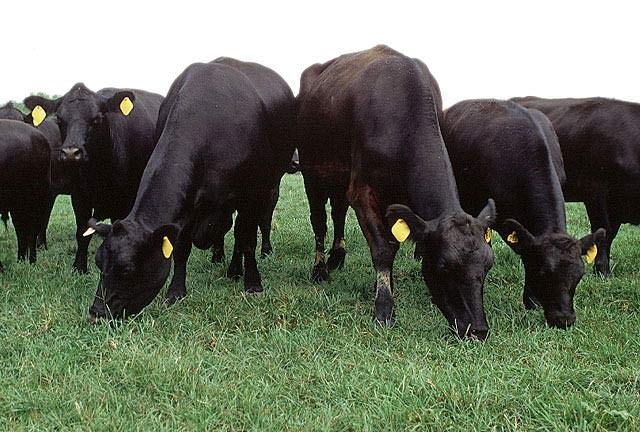 The reason cows produce so much methane has to do with how they digest their food. When humans eat, microbes in our gut break down the food, which produces some methane. Cows, however, and other ruminants like sheep and goats, produce a lot of methane because of their large fore-stomach called a rumen, one of four stomachs needed to break down the grass and other plants they eat. The rumen, which has a capacity of about 49 gallons in an adult cow, contains billions of microbes that ferment the grass so the nutrients can be used by the cow’s body. A side effect of this is the production of a lot of methane – by some estimates, about 250 liters per day per animal. The cows mainly release the gas by burping.( A lot.)

Researchers from the Autonomous University of the State of Mexico in Toluca, a city near Mexico City, have been experimenting with giving cows plants containing tannins – bitter-tasting organic compounds found in things like coffee and tea – that kill bacteria. Fed to the cattle in small doses they may inhibit methane-producing microorganisms in the cows’ gut without affecting the rest of the digestive process, according to the Geophysical Institute.

“If we can reduce methane emissions, then we can rapidly reduce the effect on climate change,” Octavio CastelÁ¡n-Ortega, the head of the cattle and environment laboratory at the university, told VOA. The research team from the Autonomous University of the State of Mexico led by CastelÁ¡n-Ortega and Luisa Molina, an atmospheric scientist, found that cattle fed a diet supplemented with the leaves of leucaena trees, which are rich in tannins, belched 36 percent less than eating grass alone. The leaves also had the added benefit of increasing milk production. Cattle fed wild cosmos flowers, which also contain tannins, showed a 26 percent reduction in methane production.”One of the important things with this diet is that it doesn’t reduce the productivity of the animal,” said CastelÁ¡n-Orteg in a Reuters interview.

While this study was focused on plants that grew in warmer regions, CastelÁ¡n-Ortega said other researchers could find tannin-containing plants that grow in colder climates to tailor the diet to the specific region. The idea is to use plants that grow in the area where the cattle are raised to make it more economically feasible. “If you can select the native plants, that is the best way,” Molina told The Washington Post.

It’s important to note that this was a pilot project and hasn’t been through a peer review process. The Mexican government has plans to expand the study.