"Fresh grated wasabi is a revelation.” 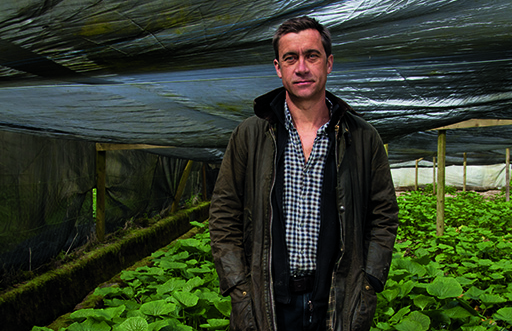 “Your average bento-box wasabi is little more than horseradish and green food coloring,” says Jon Old, whose customers include such Michelin-starred restaurants as The Ledbury in London. “Fresh grated wasabi is a revelation.”

It’s a discovery the 46-year-old made seven years ago, when he began experimenting with the water-loving perennials, which thrive throughout Asia, along England’s southern coast. The notoriously finicky plant, one of the most profitable crops in the world, had never been grown commercially in Europe. But Old’s family farm had a few things going for it, including natural springs that bubble through three acres of gravel beds.

He currently cultivates tens of thousands of wasabi plants and sells the stem-like rhizomes (the part you grate) to European chefs and directly to consumers via thewasabicompany.co.uk. He offers whole plants on the site as well, and now folks grow backyard wasabi all over England. The country’s infamous weather gets part of the credit, he says: “Wasabi likes it gloomy.”