At this grocery store in Cologne, Germany, you pay what you want for food, and even beer, that would normally be tossed out. 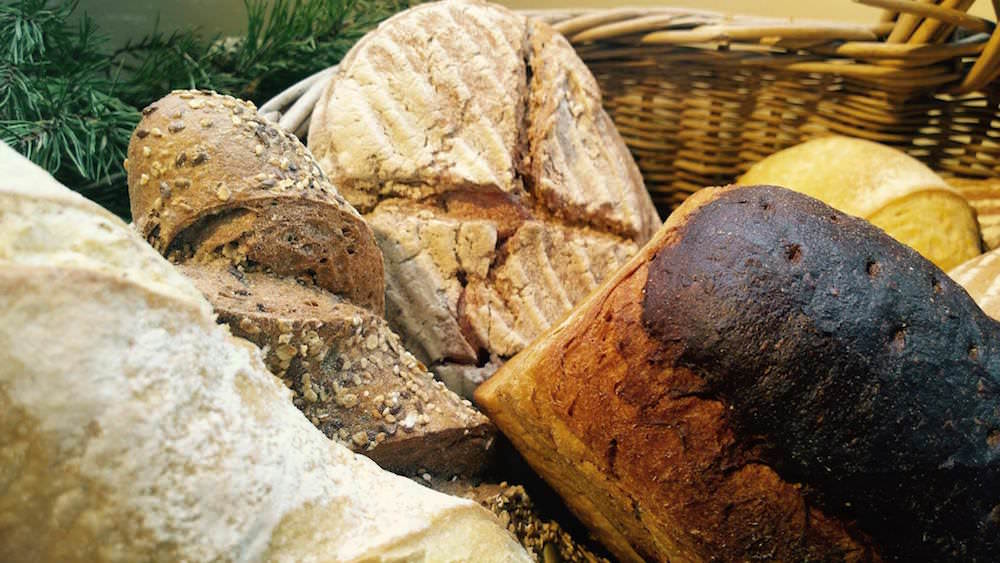 Some of the baked goods to choose from at The Good Food.
Photography Photo from The Good Food Facebook page
Share
Tweet
Pin
Email
3K Shares

That’s right. You get to name your price for the fruits, vegetables, baked goods, and even beer (beer!) that don’t make the cut at regular stores because the items are either imperfect or have an expired sell by date, but are still perfectly edible.

Nicole Klaski, the woman behind the grocery store, called “The Good Food,” located in Cologne, launched it as part of her on-going fight against food waste, an international issue of immense proportions that is not only a waste of resources that could go to feed the hungry, but also has negative impacts on the environment. According to the non-profit EndFoodWaste.org, 10 percent of human-made greenhouse gas emissions come from producing, transporting, storing, and preparing food that is never eaten. In the U.S. alone, nearly half the food produced isn’t eaten. 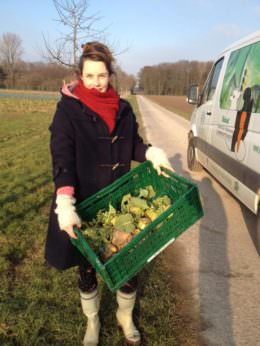 Nicole Klaski picking up some vegetables for the market. Image: The Good Food Facebook page.

“Any grocery store that takes would-be wasted food that’s still good and sells it at a big discount could definitely help in the fight against food waste,” says Jordan Figueiredo the founder of EndFoodWaste.org.

The Good Food gets its products from a variety of sources. Farmers let Klaski go into their fields after harvest to collect the vegetables that are too big, small, or so oddly shaped that they’ve been left behind. Shoppers can also buy items from large companies whose products’ sell-by dates have passed. Sell by dates don’t necessarily reflect an item’s freshness, according to a 2013 Harvard University study.

Nearly half the food produced in the U.S. isn’t even eaten.

“No one wants to throw the food away,” Klaski told the German website DW earlier this month. “We save the vegetables and expired products, and the producers are happy that their food is still eaten.”

The movement to sell food that would otherwise be thrown out, especially in regard to ugly fruits and vegetables, has been picking up steam in the last few years. There are other grocery stores that sell expired or less-than-perfect produce, including one in the U.S. The Boston non-profit Daily Table, started by former Trader Joe’s president Doug Rauch, opened in June 2015 and sells both expired and surplus foods at steep discounts. Even large grocery chains, such as Whole Foods Market and Walmart, sell ugly produce at reduced prices, thanks in part to campaigns from EndFoodWaste.org. But The Good Food remains unique thanks to its pay-what-you-think philosophy. A UK-based cafe chain with locations across Europe and Australia, The Real Junk Food Project, has a similar pricing model, too – their meals are made from what would otherwise be considered food waste from a variety of sources, and costumers pay what they feel is reasonable and can afford.

Figueiredo isn’t sure The Good Food model would work in the U.S. due to high rents and competition with food banks, which, he says do a “great job at donating already.” He does feel though that more grocery stores like Boston’s Daily Table could find their place.

“I definitely think Daily Table is awesome and can work in the U.S. and Grocery Outlet, while different and less healthy or fresh than Daily Table, has been working for decades,” he tells Modern Farmer in an email.