A Dangerous “Superbug” Has Been Found on a U.S. Pig Farm. Should You Worry?

An Ohio State University research team has discovered a multi-drug resistant form of bacteria on a U.S. pig farm. Should you worry? The answer is "maybe." 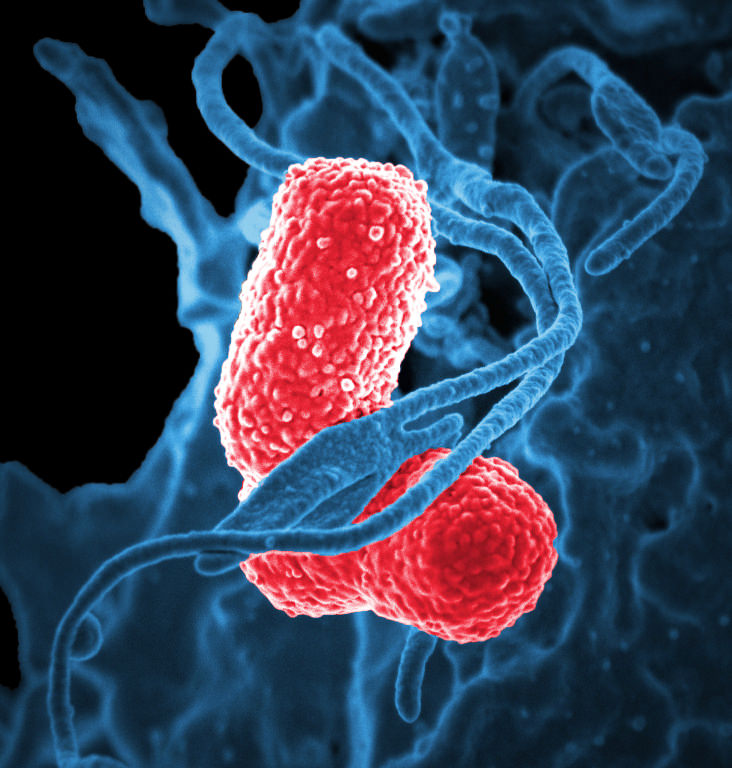 Should you worry? Maybe.

This superbug could become a massive problem in two ways. One: If the gene is transferred from pigs to humans through fresh meat, as the researchers believe is possible, though has yet to ever happen. Two: It could be devastating if CRE spreads through the pig population as it would be hard to treat animals that don’t respond to antibiotics. But at this stage, it’s more about possibilities than actualities. None of the pigs at the farm were sick and there’s no known case of CRE spreading from livestock to humans through meat.

“The big news is that CRE were found on a farm when they would normally only be expected to be found in a hospital,” Thomas Wittum, professor and chair of Veterinary Preventive Medicine at OSU, who led the research team, tells Modern Farmer in an email.

After a test turned up a single sample of CRE on a moderate-sized, family-run farm with roughly 1,500 sows (the farm’s name and location weren’t revealed), the researchers spent five months in 2015 collecting samples, including swabbing the pigs, pens, and various equipment, as well as taking fecal samples. Wittum says no CRE were discovered on any of the pigs that were ready for slaughter. The team published their findings earlier this month in the journal Antimicrobial Agents and Chemotherapy.

While CRE has been found in livestock in other parts of the world, including France, Germany, China and Lebanon, this is the first time it’s been found in U.S. livestock, according to Dr. Sumanth Gandra, the resident scholar for the Center for Disease Dynamics, Economics & Policy, a Washington, DC, and New Delhi-based think tank.

Gandra tells Modern Farmer that while there has never been a known case of a human contracting CRE from eating meat – it’s most commonly contracted by patients in hospitals and other healthcare settings through contact with devices like ventilators and catheters – it is a “hypothetical possibility.” If it happened, it would be via raw or undercooked meat.

Wittum says it’s “potentially a pretty serious problem” since the possibility of CRE contaminating fresh retail meat would be a threat to public health as well as to consumer confidence.

What the team couldn’t figure out is how the CRE got onto the farm in the first place since it’s been a closed-herd system since the 1960s. Wittum believes it was somehow brought onto the farm on equipment, supplies, or people.

The CRE were found in the highest concentrations in a farrowing barn where the widespread use of ceftiofur, an antibiotic related to carbapenem, is given to piglets at birth as a disease preventative and to male pigs at the time they’re castrated. CRE were rarely found in the barns where the antibiotic wasn’t used, leading Wittum to surmise its use “helped these bacteria to spread within the [farrowing] barn.” Wittum believes the routine dosing of ceftiofur may be helping drive the development of mutant bacteria.

Gandra tells Modern Farmer that it would be impossible to entirely remove antibiotics from the livestock industry, as they’re needed to treat sick animals, but stopping their use for growth promotion and limiting unnecessary use as a preventive measure would reduce the spread of “superbugs.”