A new study says that by 2030, mega-cities will gobble up some of the earth's most productive farmland, further straining an already over-taxed food system. 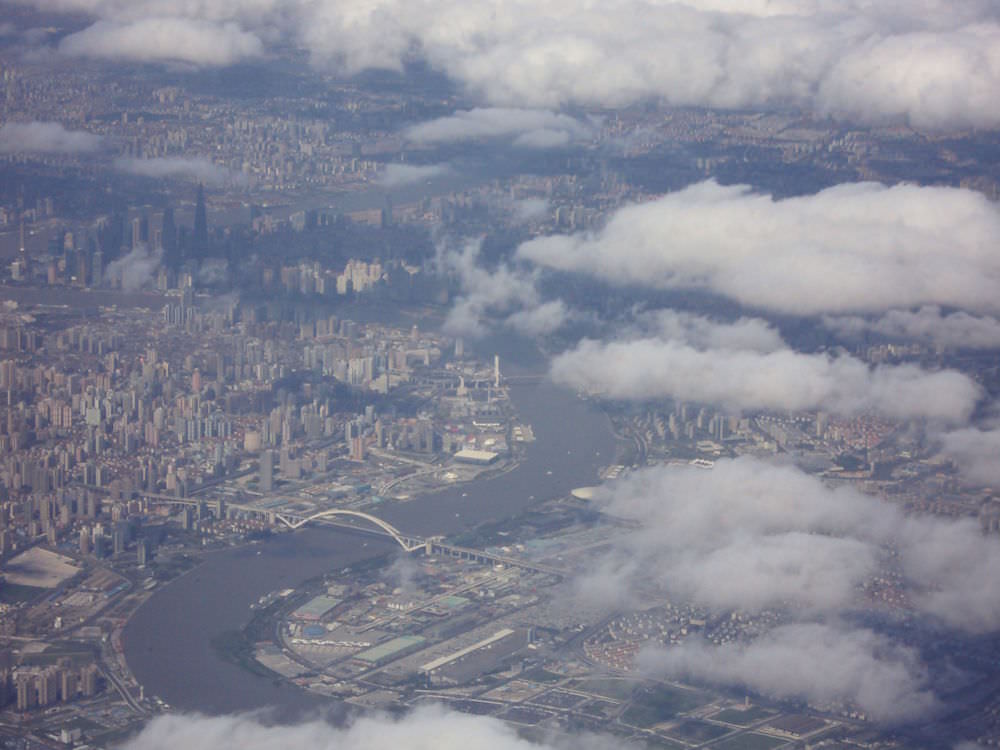 Shanghai, China, is one of the giant-sized cities that will gobble up good farmland in the coming decades, say scientists.
Photography Photograph by zakaria55 via Wikimedia Commons
Share
Tweet
Pin
Email
2K Shares

The study, “Future urban land expansion and implications for global croplands,” published last month in the Proceedings of the National Academy of Sciences, finds that by 2030, as much as 86.5 million acres of productive farmland worldwide – between two and four percent of total farmland – will be lost as the world’s so called mega-cities, generally defined as being more than ten million residents, and the adjoining areas, called “mega urban regions,” take over prime agricultural croplands to make room for a growing population and their activities.

The group of scientists from Yale, Texas A&M, the University of Maryland, and research institutions in Germany, New Zealand, Sweden, and Austria, found that the world’s most productive cropland – that which is irrigated – is the most at risk. That’s because 60 percent of it is on the the outskirts of large cities. As these cities expand, cropland is lost. According to the study, this irrigated land tends to be twice as productive as the other 40 percent.

“The loss of these critical farmlands puts even more pressure on food producing systems and shows that we must produce strategies to cope with this global problem,” Burak GÁ¼neralp, one of the study’s authors and a research assistant professor in the Department of Geography at Texas A & M told Texas A & M Today.

Urban agriculture, the expansion of farming into areas farther from urban centers, and farming intensification practices (such as the heavy use of fertilizers), will offset some of the loss of farmland, say the scientists. Even so, some arid regions, like North Africa and the Middle East, are already pushing the outer limits of land use and don’t have the luxury of expanding farming into new areas away from large cities.

“The loss of cropland can be compensated by the global food system, but the effects will not be distributed equally,” the scientists write in the study. “Many less developed and emerging countries will face acute losses, both in absolute and relative terms.”

Egypt and and Vietnam would be among the hardest hit, with the former expected to lose more than 34 percent of its total farmland; the latter, more than 10 percent. Relatively speaking, the United States, isn’t at a huge risk; 7.3 million acres (.08 percent of total farmland) could be lost as large cities and mega urban areas expand into agricultural lands.

This trend is likely to result in a shift in global agricultural markets and trade, which will be bad for some countries – Egypt for example – which could become more reliant on food imports and “more susceptible to international food supply shocks” since it won’t be able to produce enough on its own. A good example of what can happen when countries are heavily dependent on imported agricultural products is illustrated by the 2010 food riots in Mozambique, which left a dozen people dead and more than 400 injured.

The study’s authors say that meeting the goals of creating enough housing for the urban population and preserving prime cropland requires “good governance” and urban planning. One big problem is that the countries most likely to be affected by cropland loss tend to have problems with corruption, ineffective governance, and a lack of regulatory control that makes planning for the future tough.

“The results suggest that strategies and policies to effectively steer patterns of urban expansion will be critical for preserving cropland,” say the authors. “In an increasingly interconnected world, the sustainability of urban areas cannot be considered in isolation from the sustainability of resources and livelihoods elsewhere.”