Here’s Why Your Christmas Tree Comes From a Farm

Already in his 40s when he made this bet and planted this first crop of Norway Spruce, McGalliard was a forward thinking agrarian who went to business school before he began working with his father on the family farm. That year, he planted 25,000 trees, which would take seven years before they’d be ready for […] 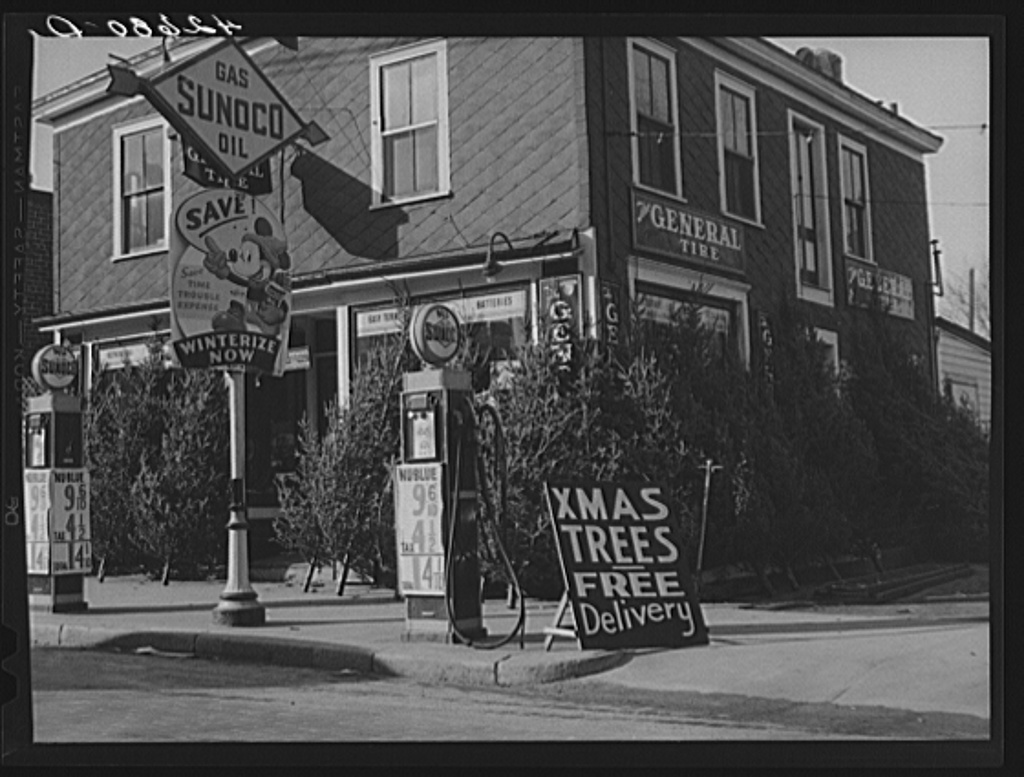 Christmas trees for sale at a gas station in Rhode Island in 1940.
Photography Image from the Library of Congress.
Share
Tweet
Pin
Email
344 Shares

Already in his 40s when he made this bet and planted this first crop of Norway Spruce, McGalliard was a forward thinking agrarian who went to business school before he began working with his father on the family farm. That year, he planted 25,000 trees, which would take seven years before they’d be ready for the market.

His gamble paid off. He sold the trees for a buck each, the equivalent of about $26 today, and did quite well for himself. Best of all, he had planted the trees on ten acres of gravely land that weren’t good for any other crops on his farm in Hamilton Township, a suburb of Trenton. Win-win. 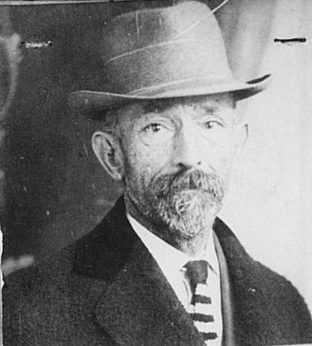 Before McGalliard invented the idea of a Christmas tree farm, anyone who wanted a tree had to go out into the country, chop one down, and lug it home. City dwellers without access to woodland bought them from folks who harvested trees from the woods and then hauled them either by boat, train, or wagon into the city. A business-minded old codger from the Catskills named Mark Carr was doing this in New York City way back in the 1850s, as Christmas trees were first becoming popular. Carr harvested evergreens from the Catskill Mountains and sold them at the Washington Market in Manhattan beginning in 1851.

In the early 1900s, when McGalliard first launched his Christmas tree farm, conservationists, including President Theodore “Teddy” Roosevelt, were alarmed by the over harvesting of America’s forests, and attempted to dissuade people from buying Christmas trees. The fact that McGalliard’s farm made Christmas trees a renewable resource may have helped his business. Interestingly enough, in 1926, about a quarter-century after McGalliard planted his first trees, Franklin D. Roosevelt – Teddy’s cousin – opened what became a thriving Christmas tree farm on his property in Hyde Park, N.Y. He was the first and only president to farm Christmas trees.

McGalliard died in 1935, before his brainchild really took off on a national level. Christmas tree farming saw an upswing beginning in the late 1940s. Today in the U.S., it’s a more than $1.5 billion industry with about 15,000 Christmas tree farms growing 25 million trees a year. And it’s all thanks to an entrepreneurial New Jersey farmer and his ten acres of crappy farmland that wouldn’t grow anything but.

Anything on Christmas tree farming would be helpful.