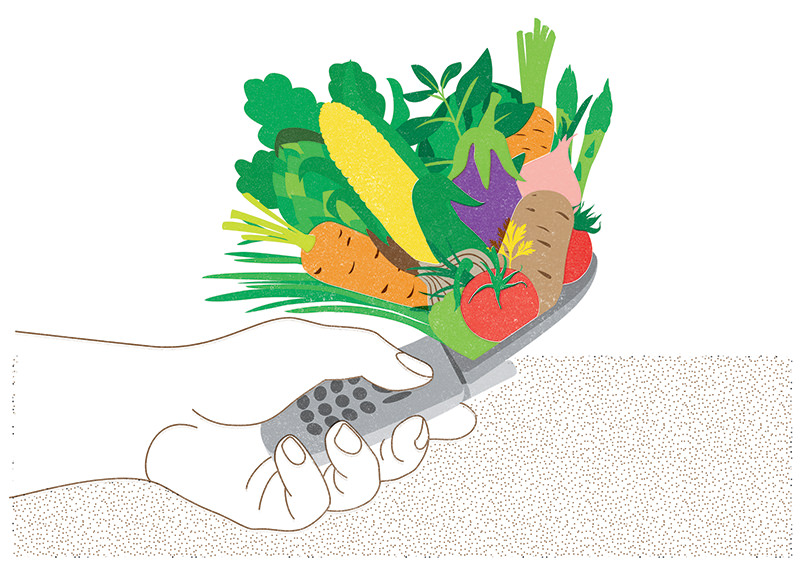 “The idea is to turn occasional browsers into regular shoppers by incentivizing repeat business,” explains Simon Huntley, the 33-year-old computer-programer son of sheep farmers in Pennsylvania.

Most folks who grow up on unprofitable farms turn away from the family business. Simon Huntley, 33, decided to confront agriculture’s inherent financial challenges head-on.

Three years ago, Huntley, the computer-programmer son of Pennsylvania sheep ranchers, developed FarmFan, an app aimed at a major conundrum for many indie producers – namely, how to move enough merch, given limited farmers-market schedules.

The app allows farmers to text opt-in customers messages notifying them of special discounts, market reminders and photos of the fruits, veggies, and meats available on any given day.

“The idea is to turn occasional browsers into regular shoppers by incentivizing repeat business,” Huntley explains. As for the casual communication method: Stats show that 90 percent of texts are opened and read within three minutes of receipt, compared with 25 percent of emails and 4 percent of social media posts. Even better, texts don’t require smartphones, a plus for flip phone”“prone rural residents.

Nearly 27,000 consumers, or “Farm Fans,” in 30 states have downloaded the free app and willingly given their cell numbers to the 100-plus participating purveyors and farmers markets, all of which pay a monthly fee of $35 or more (depending on the number of patrons reached). “Texting is such a personal medium because we’re accustomed to using it with friends and family,” says Huntley.

It’s a lucrative one, too, according to Art King of Harvest Valley Farms in Valencia, Pennsylvania. “Last year, my sales were 13 percent higher than the previous year, and I didn’t do anything different other than use FarmFan,” King says. “The app’s a no-brainer. Any way you can improve your relationship with your customers will positively impact your bottom line.”

Popular
Could Dissolvable Cranberry Film Replace Plastic Packaging Someday?Emily Baron Cadloff
Alaskan Salmon Face a Stream of New MinesBecki Robins
7 Smokable Plants You Can Grow That Aren’t MarijuanaBrian Barth
Where Has All the Mustard Gone?Chloe Faure
Why Don’t We Eat Turkey Eggs?Dan Nosowitz
Explore Modern Farmer
Related
Animals, MTMF
Meet the Maine Teenager-Turned-Landscaper Thanks to Grazing GoatsBridget Shirvell
Animals, Food & Drink, Lifestyle
The Great (Sticker Shock) ThanksgivingLindsay Campbell
Labor, Politics
For Young Farmers, Land Access Will Make or Break the 2023 Farm...Emily Baron Cadloff
Lifestyle
This Kansas Farm Gives Veterans A New Path To Civilian LifeLindsay Campbell
wpDiscuz
We use cookies on our website to give you the most relevant experience by remembering your preferences and repeat visits. By clicking “Accept”, you consent to the use of ALL the cookies.
Cookie settings ACCEPT
Privacy & Cookies Policy