Raw milk is illegal in Australia but that hasn't stopped one startup from selling unpasteurized milk far and wide. 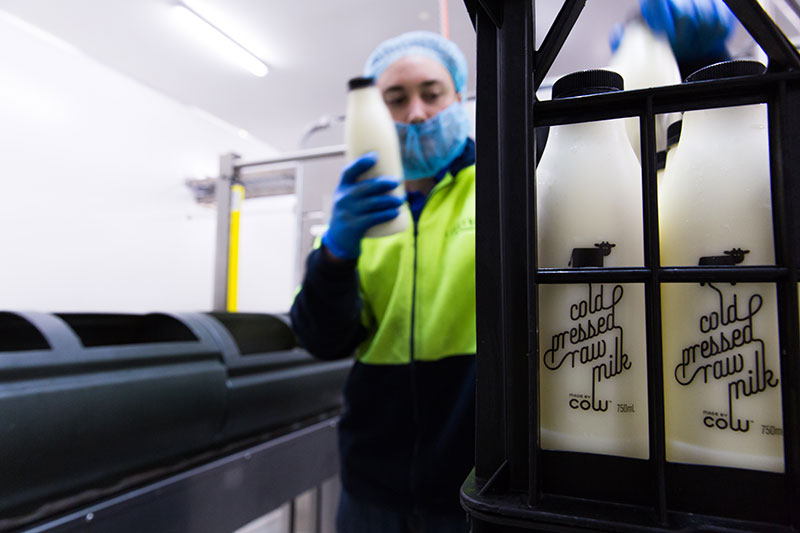 Milk from Jersey cows in Berry, Australia, goes 15 minutes down the road to be bottled and is then taken to a treatment facility in Sydney's suburbs where it's put through a cold-press process to remove bacteria.
Photography Courtesy Made By Cow
Share
Tweet
Pin
Email
494 Shares

In 2014, Made by Cow started experimenting with a cold-press process, a heat-free method they claim removes microorganisms like salmonella, E. coli, and listeria while maintaining milk’s pure flavor and “goodness,” they say on their website, which raw milk advocates prefer.

It took two years to perfect the process and get approval for retail sales, though Adam Cornell, co-founder of the Sydney-based startup, admits that the task of getting the cow-to-consumer product on store shelves was challenging.

Unlike pasteurization, which heats milk to 161 Fahrenheit for 15 seconds to kill pathogens, the cold-press process (called high-pressure processing or HPP) puts the bottled milk under intense water pressure without the addition of heat for several minutes, which Cornell claims, “inactivates the nasties in the milk.”

Offering consumers a legal alternative to raw milk, Cornell believes, could be a turning point for Aussie farmers.

“Our farmers get a bad deal here in Australia,” he says. In fact, it costs around 50 cents to produce one liter of milk [about $1.89 US per gallon] and local co-ops purchase milk for just three cents more per liter, according to Cornell, leaving little profit for the farmer. Although Cornell declined to provide specifics about how much Made by Cow pays its farmers, he says it’s “a lot more” than conventional dairy farmers earn. 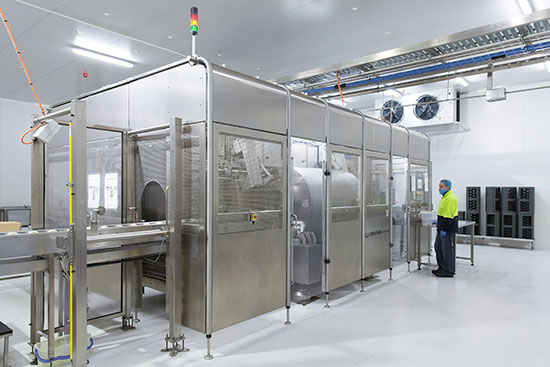 In their Sydney, Australia, treatment facility, Made by Cow uses a patented high-pressure processing to create “almost raw” milk that isn’t pasteurized or homogenized. Courtesy Made by Cow 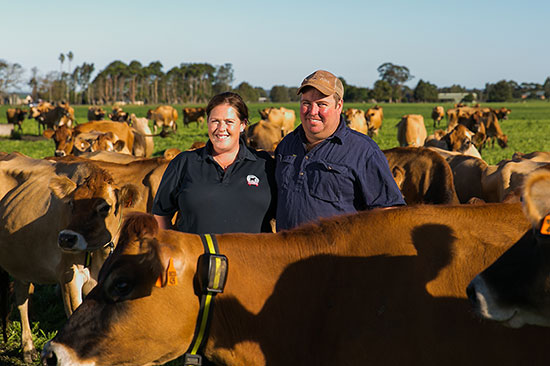 Made by Cow sources their milk from a single herd of 250 Jersey cows in Berry, pictured here with farmers Hayley and Stuart Menzies. Courtesy Made by Cow

To date, Made by Cow has partnered with local farmers Hayley and Stuart Menzies to raise 250 Jersey cows whose milk is bottled, cold pressed, and sold throughout Australia.

Producing a premium product – a 750 ml bottle of cold-pressed raw milk retails for $4.99 Australian, which is about $3.79 US – allows farmers to earn a premium wage, he says. The price has not deterred consumers from purchasing Made by Cow milk. Within 24 hours of delivering the first 3,000 750 ml bottles of cold-pressed milk to Australian supermarkets in June, most were sold out.

Through its current relationships with farmers, Made by Cow is producing 10,000 liters of almost-raw milk per week, roughly the equivalent of 2,640 gallons. As the business grows, Cornell hopes to add more farmers to meet demand. In the meantime, Cornell has plans to travel to the United States in the coming months to meet with FDA officials to talk about cold-pressing raw milk for sale in this hemisphere. “We have had hundreds of inquires from the US since we launched so we are confident it will be well received,” he says.

Indeed, with US farmers struggling to make inroads with raw milk – just 12 states, including Washington, Arizona, Nevada and Maine allow raw milk to be sold in retail stores and an additional 15 states permit sales at farmers markets or on the farm – a process that removes pathogens while preserving flavor could be a boon to the raw-milk market.

In Australia, though, critics warn that despite approval from the local food authority, allowing widespread sales of cold-pressed milk could prove problematic. In an article published in June in the Sydney Morning Herald, microbiologist and infectious disease specialist Peter Collignon expressed concern over the lack of research on the cold-press process, saying, “I do worry this is a marketing exercise for raw milk but without the science to show the process is anywhere near as good as pasteurization.”

Cornell, unconcerned with the criticism, stands by the safety of the process. Thanks to consumer demand and the blessing of the New South Wales Food Authority, Made by Cow hopes to build its cold-pressed dairy product empire, adding new products made with the same process.

“We hope the benefits of drinking the closest milk there is to raw milk will resonate throughout the community,” he says.