Bizarre Ways to Keep Eggs Fresh ”Without a Refrigerator” for Years

In case of an apocalyptic or other scenario in which you can still get eggs but don't have a fridge handy. 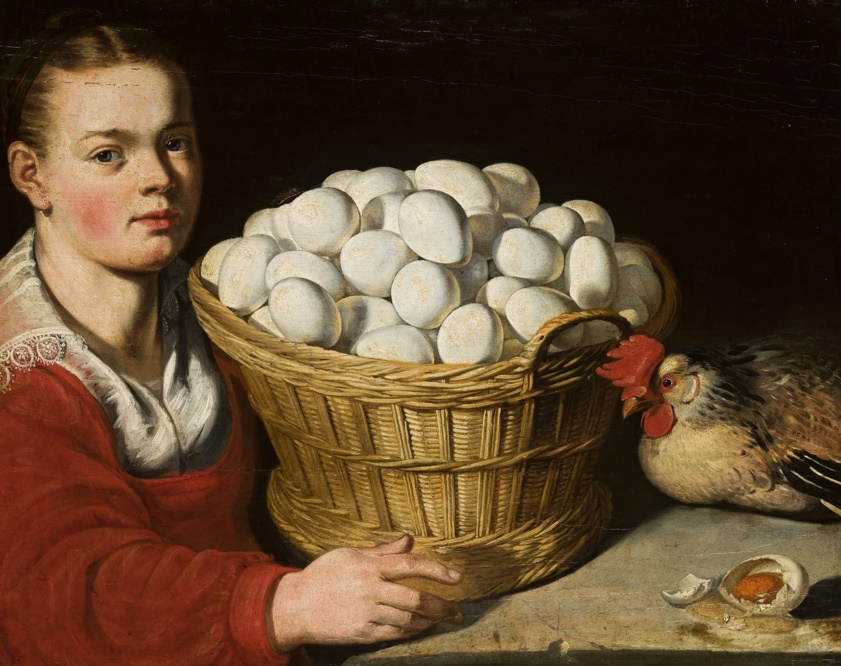 Yep, down the Internet rabbit hole we went – and here’s what we’ve returned with, just for you. First, a few caveats: These methods are designed for chicken eggs (though we imagine they’d work just as well for duck eggs, too).We haven’t personally tested any of these methods for keeping eggs fresh (nor, ultimately, do we recommend them). But if you’re into experimenting, and you live in the United States, use farm-fresh eggs (that are clean and free of cracks), as opposed to store-bought ones. When a hen lays eggs, they have a naturally occurring coating, called a cuticle or bloom, that prevents bacteria from getting in and moisture from getting out. In the U.S., commercial egg producers are required, per USDA regulations, to power wash eggs prior to selling them, which rinses that coating away.

We’ve learned of at least a half-dozen ways to store eggs for long periods of time. Not surprisingly, most of these methods date back long before the invention of the refrigerator. Some originated in the 1700s or earlier.

Turns out, we aren’t the only people who get into this stuff. Jas. Townsend & Son, Inc., an Indiana-based company that specializes in things like 18th-century reproduction clothing and accessories for Revolutionary War re-enactors, covers such topics on its YouTube series. (Earlier this summer, they broke the Internet with an 18th-century fried chicken recipe.) The video that piqued our interest details the best ways to preserve raw eggs based on 18th-century practices. The company’s president, Jonathan Townsend, wearing colonial-era garb, details the various tricks: Apparently, storing eggs in salt water makes the eggs salty. Storing them in wheat bran makes the eggs taste musty – and after eight months 70 percent of the eggs went bad. Then there’s wood ash, which made the eggs taste like a campfire. That doesn’t sound so bad, and in their experiment, only 20 percent of the eggs spoiled. Other practices included coating eggs in varnish, butter, or rendered animal fat (which had a 40 percent failure rate). 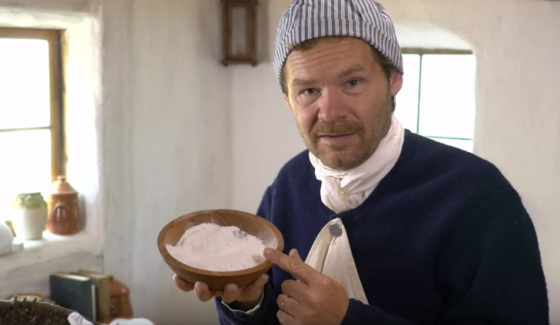 A screenshot of Jonathan Townsend with a bowl of slaked lime, the secret to storing fresh eggs far into the future.

Reddit user Mr. Bungles claimed that he was able to keep eggs fresh for more than a year, by coating them in mineral oil and storing them in the fridge. Technically, does the use of modern technology negate this one? Whatever: “I was planning on letting it go until it failed a float test. But one of my kids ended up eating it, and at that point it was about a week away from being in the fridge for 3 years,” wrote Mr. Bungles on a homesteading subreddit.

An 1862 edition of the Genesee Farmer, a monthly agricultural journal out of Rochester, New York, dedicated a few pages to egg preservation. The piece says one “excellent method” for preserving eggs is to store them in a solution of quicklime, salt, and cream of tartar, which the writer claims can preserve eggs for up to two years.

According to Townsend’s video, though, one method stood out. He says the best way to preserve raw eggs is to store them in a solution of slaked lime (you can find it at a building supply store) and water, which, in his test, had a 100 percent success rate after eight months. That same Genesee Farmer article claimed this method could preserve eggs for six years or longer.

That’s a mighty long time to wait for an omelette.

Sailing Panama to Hilo our eggs lasted over 60 days unrefrigerated in the bow. The technique: turn the boxes over every few days. These were Panamanian farm eggs. NOT mass production.

How long can I keep eggs from refrigeration.
How can that done.

Can I use 14 day old unwashed unrefridgerated eggs to water glass?