A coconut-water replacement you can feel good about. 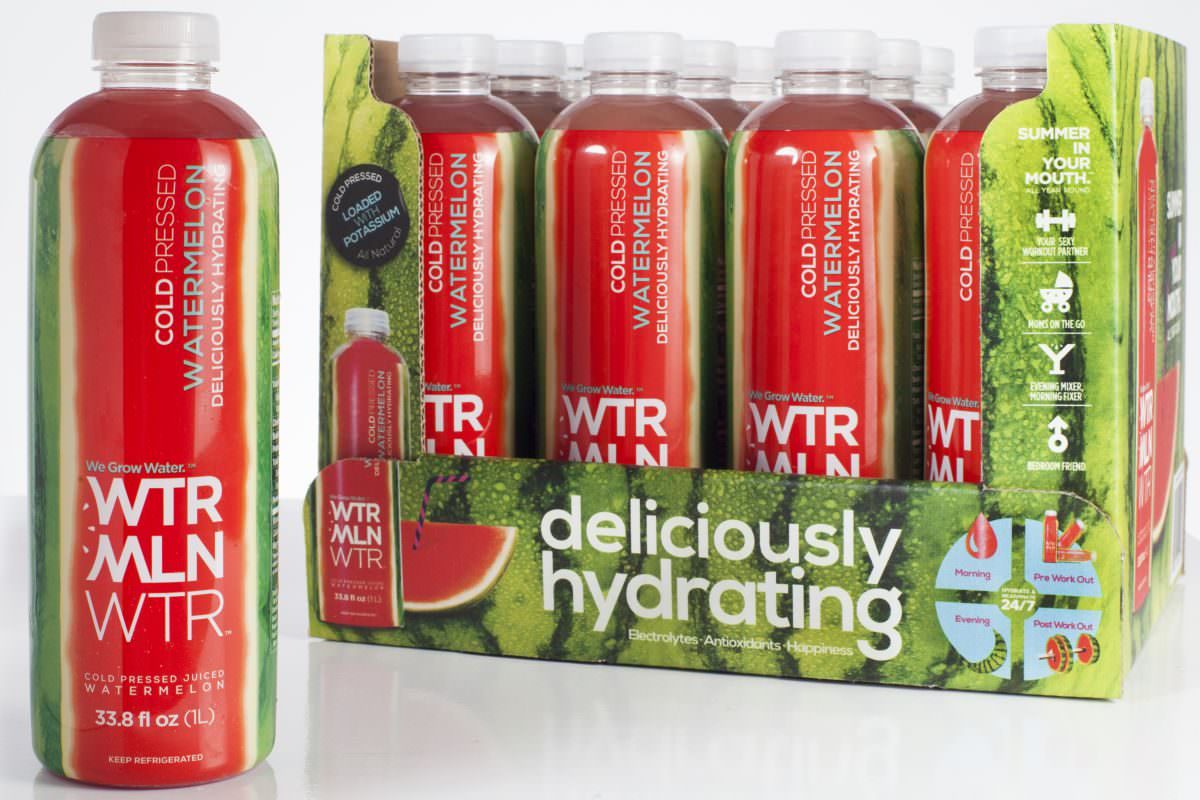 And, yes, Beyonce. The famously press-averse singer – she very, very rarely gives interviews – actually stepped out from behind the shadows to invest in WTRMLN WTR. “This is more than an investment in a brand, it’s an investment in female leaders, fitness, American farmers, and the health of people and our planet,” she said in a statement about her “meaningful” investment in the company. And it may have taken this kind of push to actually get a watermelon juice product to market.

“People have tried before,” says Jody Levy, the co-founder of WTRMLN WTR, of creating a watermelon drink. “Watermelon is a very, very difficult product to work with, and it’s the advancement of food tech that’s allowed us to do this.”

WTRMLN WTR came about when a friend mentioned offhand how much watermelon goes to waste in this country every year. Around 4 billion pounds of watermelons are produced in this country each year, almost half of those in the states of Texas, Florida, Georgia, and California. But as with any other product, huge amounts of it, millions of pounds, are wasted each year.

The reasons why so many watermelons get wasted are not, mostly, unusual. Blemished, dented, discolored, or otherwise unappetizing-looking melons don’t even make it to the market. Many are lost via spoilage or due to damage en route from the farm to the buyer. But there’s also another element. “Most people, with exceptions in a couple states, don’t want seeded melons,” says Levy. “And to grow seedless melons, something like 30 to 35 percent have to be seeded,” for pollination reasons. The growers, if they’re lucky, can sell those seeded melons for a drastic decrease in profit, or may just feed them to livestock.

Levy and WTRMLN WTR use discarded melons for most of the year, all from the continental United States. They follow the watermelon season: starting in early spring in Florida and Texas, slowly moving northwards and hitting the Midwest and Northeast for their short (but excellent, I say, as a Northeasterner) growing seasons in late summer. During the two months when watermelon production in the continental US is basically dead, WTRMLN WTR heads to Puerto Rico, where they’ve set up a huge farm to produce about two million melons.

That means, necessarily, that WTRMLN WTR’s flavor will vary bottle to bottle; Levy says they have to balance a little bit to make sure each bottle has the same amount of sugar and that sort of thing, but since the melons are coming from all over, and since they’re taking whatever melons they can get, there’s going to be a difference in flavor between batches. Which is fine, really; there’s a difference in flavor between watermelons, too.

That flavor, by the way, is much more indebted to the cold-pressed vegetable juice trend than it is to Tropicana. A bottle I tried was notably not very sweet, gaining a little bit of that sour tang from the rind. (Levy says they use everything but the skin.) That lends it the same sort of refreshing, non-weighty tang that, say, coconut water has, but it’s bound to disappoint anyone hoping for the super-sweet flavor of the first bite of a watermelon wedge. It does actually quench thirst, unlike most fruit juices. And Levy is quick to point out that it contains citrulline, a compound only found in watermelon that allegedly reduces fatigue and increases endurance during workouts. Citrulline also seems to be an effective treatment for mild erectile dysfunction, so there’s that.

WTRMLN WTR is cold-pressed, and “pasteurized” with a system called high pressure processing, or HPP. HPP is a method of reducing the microbes that cause spoilage by blasting an already-sealed bottle with pressure. It’s the only way that a bottle of watermelon juice, with no preservatives save lemon juice, can have a shelf life of 45 days. But watermelons are also much cheaper to juice than, say, kale: They have a much higher water volume, and are cheap, given that the ones used in the beverage are cast-offs. That allows the price to hit a sweet spot of about $3.50 a bottle – certainly more than a bottle of Coke, but far less than a bottle of fresh green juice. WTRMLN WTR is sold at most Whole Foods Markets and other natural groceries; find stores near you here.