You can now get everything from from pea tendrils to baby pineapple without crisscrossing the city. 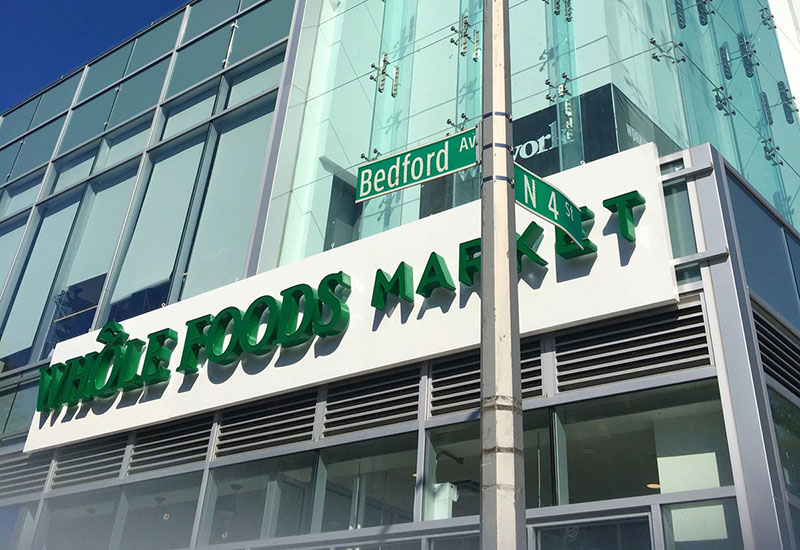 It’s called the Forager Center, and it’s a partnership between Whole Foods Market and Bronx-based Baldor, one of the largest importers and distributors of fresh produce and specialty foods in the Northeast, which sources their products from more than 1,000 farms and partners worldwide. The first-of-its-kind kiosk will provide the same hyper-seasonal ingredients chefs at major restaurants across the region have access to – but that retail customers like us have a hard time accessing.

Here’s how it works: You order, say, starfruit, mangosteen, or green Thai bird chili peppers, through the kiosk’s computer screen. (The selection changes weekly, based on seasonality. Right now, there are more than 60 items.) The order is fulfilled by Baldor, who trucks or flies in the produce to their warehouse; it arrives at the store when you want to pick it up, which can be as early as the very next day. Then you pay for it like any other grocery item.

Williamsburg, arguably the epicenter of the Brooklyn food scene, was already a hipster haven of foodies when I lived there in the early 2000s. But back then you had to jump on the L train into Manhattan or join the co-op across town to get even organic produce, much less something like dragonfruit. These days, while the shopping choices may have expanded ten-fold, finding an exotic ingredient can still be time-consuming.

“We’re seeing a much higher demand for more unique, higher-quality products, especially in a community like Williamsburg,” says Ben Walker, Baldor’s director of marketing and business development. He says the Forager Center was created to provide a level of communication between customer and food purveyor that hasn’t existed in grocery stores before. “It’s like you’re interacting with the produce manager, who happens to be a computer,” he tells Modern Farmer in a phone conversation.

Michael Sinatra, Whole Foods Market’s public affairs director for the Northeast region, agrees. He says that some shoppers look for unusual ingredients that the store doesn’t have the room to stock on their shelves. The Forager Center, he says, is an ideal way to expand their offerings. 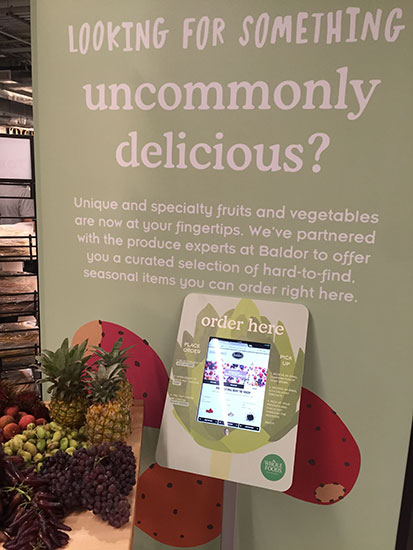 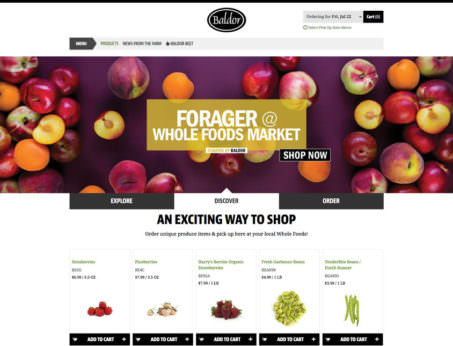 Beyond the Forager Center, the new Whole Foods Market, located on Bedford Avenue, features a ton of Brooklyn-made products in the store and in the food court: freshly-milled flour by Brooklyn Bread Lab, cheese from Crown Finish Caves, greens from Gotham Greens, and lobster tail from Luke’s. There’s also a coffee shop, in-store taproom, and restaurant, N4, with local beers and wine, from The Red Hook Winery, on tap. “Highlighting local vendors is something we do in every store, it just happens that there is an incredible amount of them in Brooklyn,” says Sinatra. “We’re fortunate they are right in our backyard and give them the respect that they’re due.”

Walker hopes to expand the Forager Center program into more Whole Foods Markets across the country.