Farmers Demand Right to Fix Their Own Dang Tractors

Farmers are fed up with being forced to endure long, inefficient repair processes. 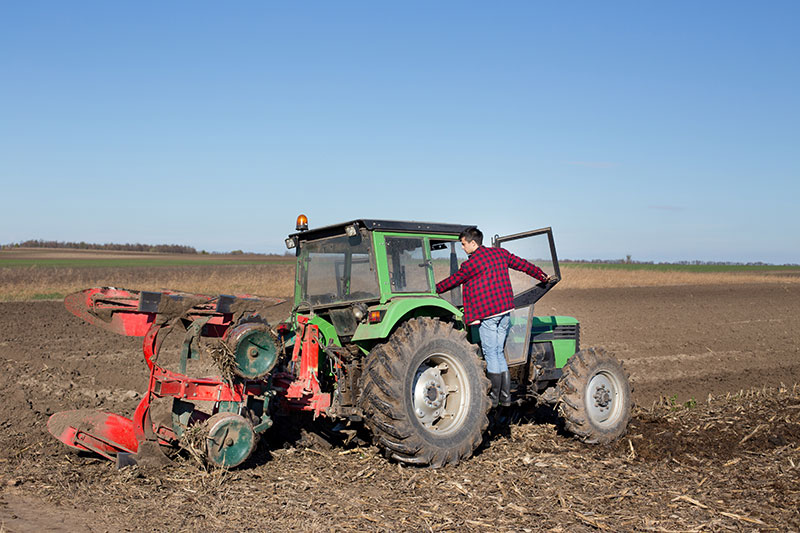 In fact, the craziness of this goes even further: In a 2015 letter to the United States Copyright Office, John Deere, the world’s largest tractor maker, said that the folks who buy tractors don’t own them, not in the way the general public believes “ownership” works. Instead, John Deere said that those who buy tractors are actually purchasing an “implied license for the life of the vehicle to operate the vehicle.”

This weirdness all comes back to the 1998 Digital Millennium Copyright Act, or DMCA, which governs the way people use a whole variety of digital-ish items. The DMCA was designed to protect software makers from piracy, which it didn’t really do. John Deere jumped into the game thanks to the extensive software involved in its modern tractors; these aren’t just simple machines; they have a fair amount of programming designed to help the tractors perform their jobs more efficiently, ranging from guidance systems to diagnostic tools to communication software.

But what this has meant is that tractor owners can’t repair their own tractors – and if they do, they’re in violation of the DMCA. So, if a machine stops working, its owner can’t pop the hood, run some tests, and find out what’s going on; he or she is legally required to take the tractor to a service center (one owned by the manufacturer, since that’s the only entity allowed to analyze the tractor’s issues). This can be expensive and time-consuming, and more to the point, unnecessary – at least according to farmers in several states, who are lobbying to force tractor manufacturers make their diagnostic tools available to independent repair shops and owners.

Not everyone is on the farmers’ side here; some, according to the Associated Press, are concerned that the move would reduce revenue to tractor manufacturers, potentially landing them in trouble. But the tractor owners disagree, annoyed that their tractors are treated differently from their cars and trucks, which can be serviced by any independent shop.

Activists for the Nebraska Fair Repair Bill, which was rejected by the state senate last year but will probably be reintroduced next year, have set up a few resources to check out if you’re curious about just how frustrating it can be to be denied the right to repair your own dang tractor.

hello
My name is Larry Bolinger. I am running for Attorney General for the 2022 election in Nebraska and I do support the Fair Repair bill or the Right to Repair. I will try and present arguments to help pass this bill.