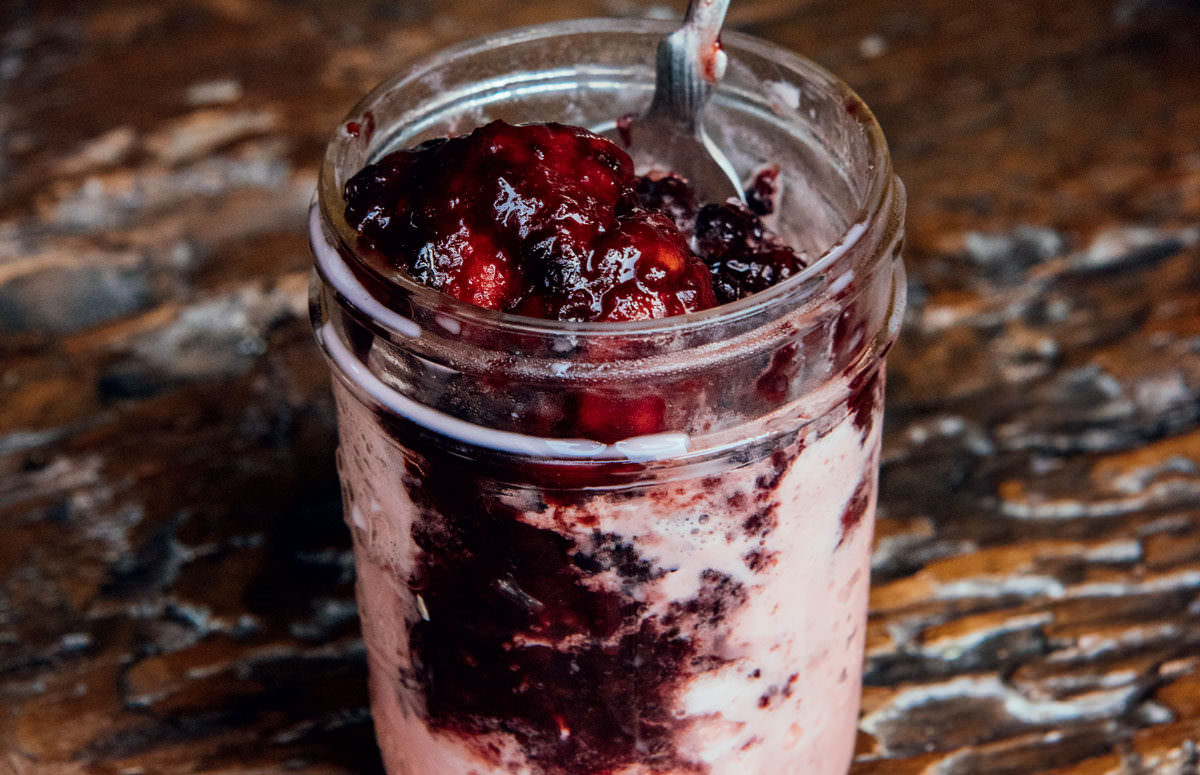 In a large bowl, whisk together all ingredients. Transfer mixture to an ice-cream maker and process according to manufacturer’s instructions. Serve with Blackberry Dumplings. 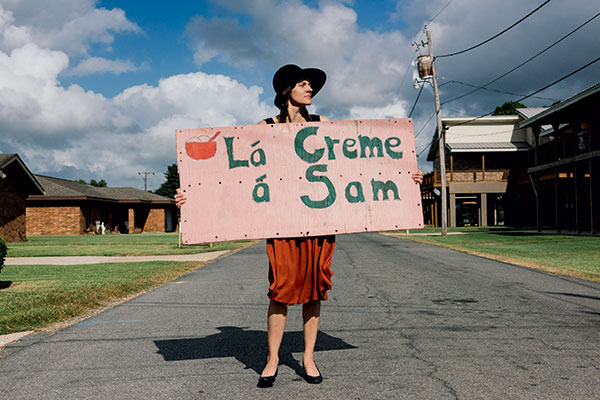 Though the dumplings themselves are unsweetened, they simmer slowly in a fruity, sugary sauce. “Served with ice cream, they’re just about perfect,” says Martin.

1. In a medium, heavy-bottomed pot over medium heat, bring blackberries, sugar, 2 cups water, and vanilla to a boil. Reduce heat to low and allow fruit to simmer until it breaks down and sauce thickens, 35 to 40 minutes.

2. Meanwhile, in a large bowl, combine flour and baking powder. Using a pastry cutter or two knives, work lard and salt into dry ingredients until mixture resembles coarse crumbs. Slowly add milk, stirring just until the dough comes together. Do not overmix.

3. Form dough into 16 equal-size balls. Add them to simmering blackberry sauce, spooning sauce over the balls to cover, and cook 15 to 20 minutes more, flipping dumplings halfway through. Cut 1 dumpling in half to test for doneness before serving.