The Many Benefits of Miniature Cows - Modern Farmer
Animals

The Many Benefits of Miniature Cows 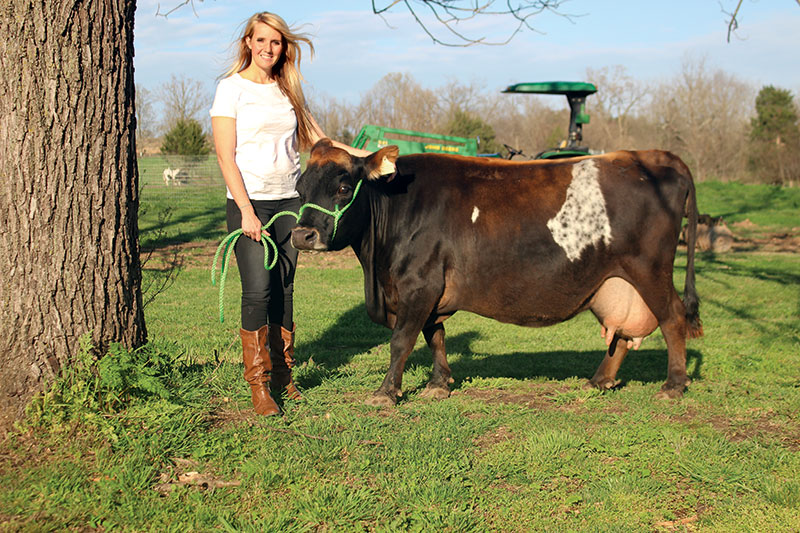 Most tip the scales at over 1,000 pounds, require several acres to graze, and can eat well over a ton of supplemental grain annually – which helps explain why demand for miniature bovines has been growing steadily since the early 2000s, when breeders began marketing the minis in earnest. (Many of the 26 breed categories recognized by the International Miniature Cattle Breeders Registry were created during the last two decades.) Only 500 to 700 pounds apiece, these scaled-down beasts can flourish on half an acre per animal and consume a third of the grain required by their full-size counterparts – yet still yield 50 to 75 percent as much milk.

“They’re efficient little cows,” says Heather Fabrizio of Haven Heritage Farm & Dairy in Myrtle, Missouri. After acquiring a few mini-Jerseys in 2009, she and her husband, Mario, were amazed by the petite animals’ productivity. “They’re much better at feed conversion. That’s what you look at: the feed cost versus the milk price,” adds Heather. “We’re the only ones I know of right now who intend to milk these cows commercially.” The Fabrizios also plan to breed their farm’s full-size Jerseys and Holsteins with a miniature Jersey bull.

Of course, there are other reasons people shell out about $1,000 more for a smaller cow. Explains K.C. Cowen, an Emmett, Idaho, farmer and member of the American Miniature Jersey Association: “They’re rare and the sweetest of creatures. These guys aren’t just our cows. They’re our outside pets.”

I retire in about four years.
And I also am looking into buying mini cows to raise.

my dad won’t let me get one

I now have two mini Dexter’s and one mini herford.