Sow Much Good harvests an estimated 35,000 pounds of produce annually, delivering affordable CSA boxes to neighborhoods that were once food deserts. 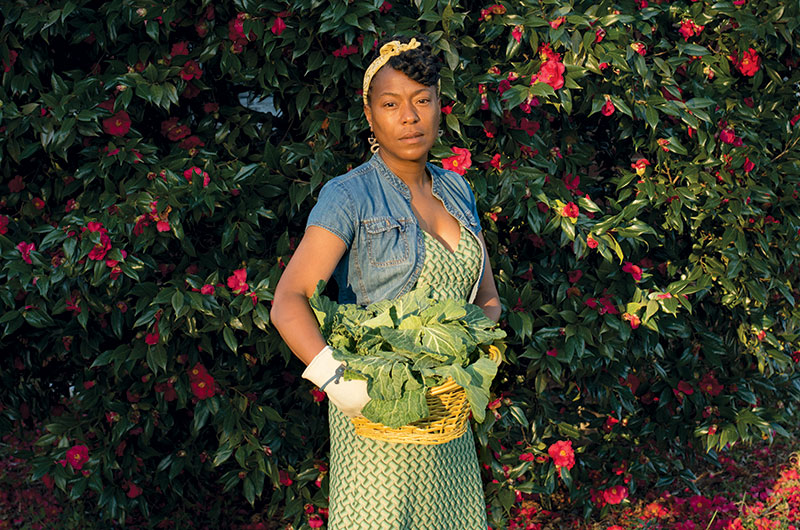 A family crisis turned Robin Emmons into a farmer. In 2008, her brother, who had been homeless, landed in a transitional housing facility where meals often came from a can. Emmons began bringing him vegetables from her garden, and within months, she’d ripped apart her entire yard to grow enough for nearly 30 of his fellow residents. “Seeing how they ate triggered a realization,” she recalls. “Charlotte’s in the midst of this thriving food movement, but there are people who are not at the table, literally and figuratively.”

Five years ago, Emmons persuaded an area farmer, Danny Phillips, to donate five acres – and teach her how to operate a tractor, rotate crops, and do everything else necessary to scale up. A local company soon followed suit, leasing Emmons another five acres for a buck a year. Today, her nonprofit harvests an estimated 35,000 pounds of produce annually, delivering affordable CSA boxes to, and opening pop-up farm stands in, neighborhoods that were once food deserts. Sow Much Good also hosts gardening classes to empower members of underserved communities. “We give the attendees beautiful soil and seedlings for their yards,” Emmons says. “To me, growing your own food is like printing your own money.”*

*Correction: Emmons attributes this quote to her friend, Ron Finley.

Popular
7 Smokable Plants You Can Grow That Aren’t MarijuanaBrian Barth
Is Agroforestry the Key to Hardier Row Crops?Shea Swenson
Goat Sex: Everything You Wanted to Know But Were Afraid to AskAndrew Amelinckx
6 Differences Between Llamas and AlpacasAndrew Amelinckx
Why Don’t We Eat Turkey Eggs?Dan Nosowitz
Explore Modern Farmer
Related
Environment, Food Waste, Labor, Meat
Is There Such Thing as Good Meat?Emily Baron Cadloff
Environment, Food & Drink
Where Has All the Mustard Gone?Chloe Faure
Animals, MTMF
Meet the Maine Teenager-Turned-Landscaper Thanks to Grazing GoatsBridget Shirvell
Animals, Environment, Health
To Stop New Viruses Infecting Humans, We Must Protect Bat HabitatAlison Peel, Peggy Eby, Raina Plowright
wpDiscuz
We use cookies on our website to give you the most relevant experience by remembering your preferences and repeat visits. By clicking “Accept”, you consent to the use of ALL the cookies.
Cookie settings ACCEPT
Privacy & Cookies Policy