How to Grow Your Own Superfoods - Modern Farmer
How-To, Plants

How to Grow Your Own Superfoods

Five superfoods that you're better off growing at home. 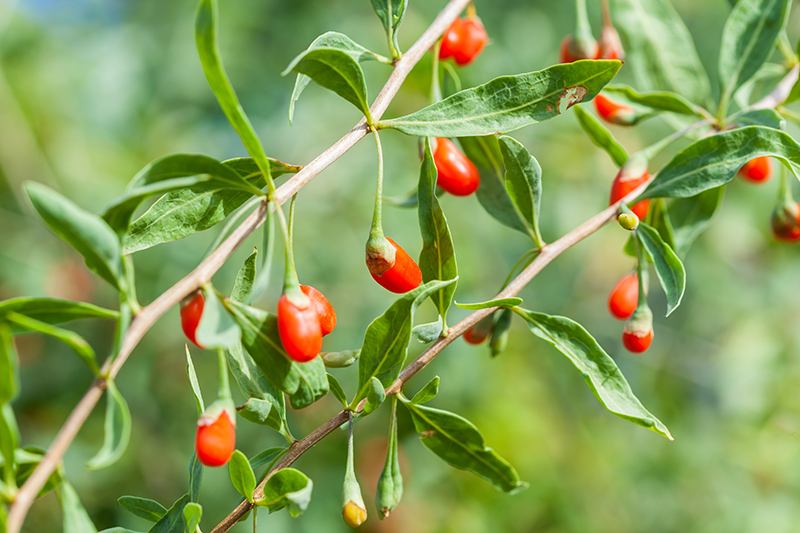 A “superfood” typically gets that moniker when it overflows with more nutrients than most other foods we eat, or if it has some special type of nutrient that’s rare in the modern diet. Whether such claims are primarily marketing hype or have some basis in fact depend on the foods in question. So while the nutritional merits of an ordinary blueberry versus, say, a macqui berry from the pristine slopes of the Chilean Patagonia continue to be debated, eating macqui berries is probably a healthy habit – it’s just a matter of whether they are worth $20 per pound.

But if you had such plants growing in your backyard, they’d be free for the snacking, and you could spend less time researching their health benefits on the Internet and more time out in the sunshine tending to them.

Not all superfoods are easy to grow at home, though. Brazil’s famous acai berries, for example, come from an Amazonian palm, which won’t thrive anywhere without constant humidity and temperatures above 50 degrees. Others – like macqui, a gawky looking shrub that is as common as forsythia in parts of Chile – are simply difficult to find. Currently an Internet search turns up a single nursery that sells macqui seeds and seedlings in the US.

In the name of saving you money – and introducing you to some really fascinating plants – here are five superfoods, unmasked of all their sexy packaging, that are fairly easy to grow in average garden conditions (and to obtain from nurseries). We’ll leave the debate over how nutritionally superior they are to the scientists.

For centuries, if not millennia, goji berries were used in traditional Chinese medicine and as a raisin-like snack. Related to tomatoes, these perennials (hardy to USDA zone 5) have tiny red fruits on sprawling nondescript shrubs, which grow to about a head high.

They thrive in full sun with regular water, but have no other special demands. Any soil type that isn’t swampy is fine. Cut them back by two-thirds or so each fall to maintain a compact shape. They start fruiting in early to mid-summer and continue until the first frost of fall.

Scores of mail-order nurseries stock goji berries, and they are increasingly common in retail nurseries, especially those that specialize in herbs and edibles. Goji is also known as wolfberry, the name given by English-speaking people when they “discovered” the species. 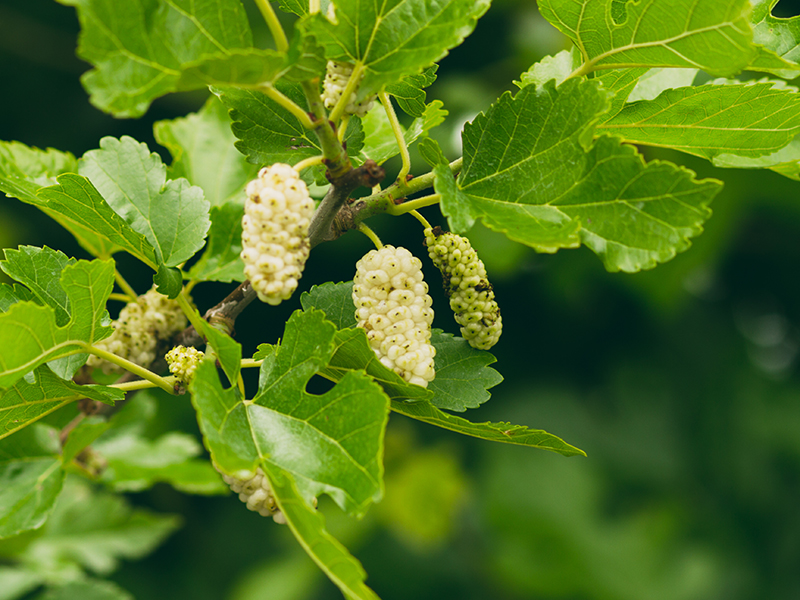 They look exotic, but white mulberries are a weedy tree throughout much of China. Historically, the leaves were fed to silkworms, though ancient silk farmers undoubtedly enjoyed the fruit as well. In modern times, white mulberries have naturalized (read: grows like a weed) in the US and many other countries. According to, what some might consider a health guru, Dr. Oz, they’re good for the heart, far lower in sugar than most fruits, and have a host of other health benefits.

Growing up to 30 feet with a slightly drooping shape, white mulberries make an attractive shade tree with the bonus of exquisite fruit. They need full sun, average soil, and regular irrigation to get started, but once established white mulberries are fairly self-sufficient. White mulberry cold hardiness varies from USDA zone 5 to zone 9, depending on the variety.

There are many other types of mulberries with black and reddish fruit, including North American native species, that are just as tasty. But if you really want a white-fruiting mulberry, seek out varieties like ‘Tehama’ or ‘White Pakistan’. Confusingly, not all Morus alba trees have white fruit and some mulberry trees with white fruit may be labeled as Morus nigra, the black mulberry (fruit color is genetically variable in the Morus genus). To simplify that horticultural labyrinth when shopping for white mulberry trees, simply read the description of each variety to make sure it has the fruit color you want. Unlike black and red mulberries, the white ones don’t make permanent stains on clothing, driveways, and lawn furniture. 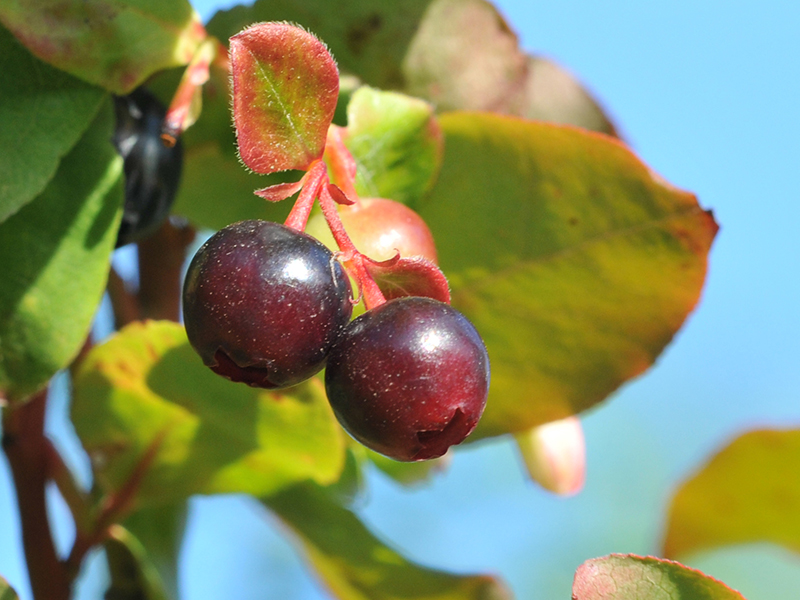 Bilberries are essentially a wild European blueberry. The name is used in reference to several members of the Vaccinium genus, which have similar fruit. Blueberries, as we know them, are native to North America and have been bred for commercial production, a process which may have diluted the concentration of antioxidants and other health-promoting compounds they are renowned for compared to their wild cousins. Bilberries have higher antioxidant levels than blueberries and virtually any other fruit.

Bilberries are generally low-growing groundcovers found in bogs and heaths. They look like a dwarf blueberry plant and respond well to similar garden conditions: full or part sun, ample moisture, and rich acidic soil with a pH of 5.5 or below. Add shredded peat moss or sulfur to the soil to lower the pH, if needed. Bilberries are extremely cold hardy, surviving down to USDA zone 3.

Vaccinium myrtillus is the plant most commonly sold as bilberry. But there are many other plants that produce a nearly identical fruit that are also available in nurseries, such as huckleberry (a North American native shrub) and lingonberry (what that red sauce at Ikea is made of). 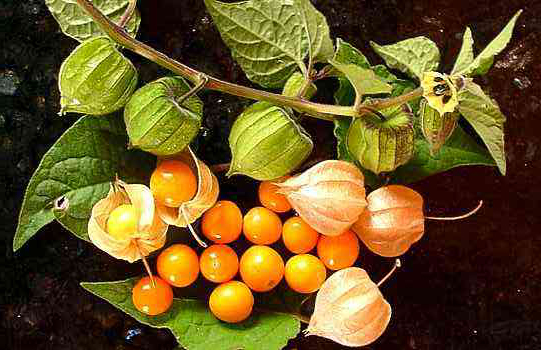 In superfood parlance, these are also known as Inca Berries, after the ancient Peruvians who first cultivated them. But before they attained superfood status for their high levels of vitamins, A, B, C, iron, and other nutrients, North Americans referred to them as cape gooseberries or ground cherries – they are all the same plant, a species in the Nightshade family that looks and tastes like a cross between a tomatillo and a cherry tomato.

Grow golden berries exactly as you would a tomato, except don’t bother with a trellis as they grow happily along the ground. Fortunately, they are resistant to most of the insidious diseases that plague tomato plants, like late blight and Fusarium. Golden berries are perennials in frost-free climates (as are tomatoes), but are generally grown as annuals.

You may be able to locate golden berry seedlings in spring and summer, but most gardeners grow them by seed. These are easily germinated indoors and transplanted after all danger of frost has passed. Like cherry tomatoes, golden berries sometime “volunteer” in the garden – meaning seeds from unharvested fruit sprout on their own each year. 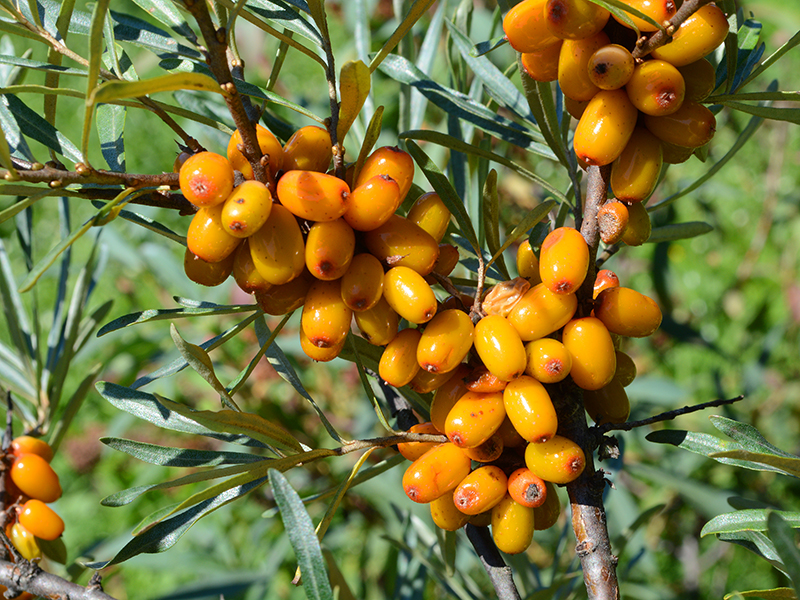 This thorny shrub is native to mountain cliffs and sand dunes throughout Europe and Central Asia. Prior to being marketed as a superfood for its high levels of folic acid, vitamin C, vitamin E, beta carotene, omega-3s, and an impressive list of other health attributes, seaberry was more commonly referred to as sea buckthorn.

Growing 8 to 12 feet tall, seaberry makes an impenetrable hedge that becomes laden with orange fruit in fall. It thrives on neglect: poor soil, minimal irrigation, high winds, blazing sun, and Arctic temperatures are the norm in its native habitats. These shrubs are hardy to USDA zone 3.

Seaberry only produces fruit when both male and female varieties are present – this is known as cross-pollination. Most named cultivars are female, while males are usually labeled “male” and sold alongside the females. You can also purchase unnamed seedlings, which are essentially wild plants that will be a 50-50 mix and males and females, ensuring pollination.

Excited about these Super Foods!