Got Figs? How to Grow California Crops Outside Ag’s Golden State 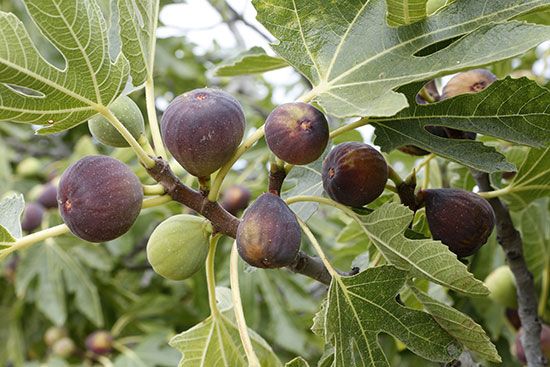 California does have an incredibly long growing season, and the dry Mediterranean climate keeps many plant pests and diseases from taking hold. But that doesn’t mean you can’t grow prototypical California crops – like figs, citrus, and almonds – elsewhere. It just takes little extra effort.

Commercial-scale agriculture invariably focuses on the crops that are most economically viable in a given region. Georgia may be the Peach State – 200 years ago it was a major producer – but once California was settled, farmers quickly realized that the dry climate helped to control the myriad fungal diseases that afflict peach trees, making peach production (and most other fruits) more profitable there than in the humid Southeast. But when growing purely for personal consumption, if you have a bad peach year, it’s not a big deal – you’re not in it for the money, just the peaches.

For the crops below, growing them outside of California is a matter of extra TLC – carefully selecting the best adapted variety, giving it the optimal planting location, and taking extra measures to control pests and disease.

Of course, there are some constraints that can’t be overcome. Dates, for example, aren’t going to grow outside the desert. And subtropicals, like citrus and avocado, aren’t going to grow outdoors where winter temperatures dip far below freezing, unless you choose a citrus variety that can be kept small enough to be grown in a large pot and brought indoors for winter. Not so with avocados – the most miniature varieties are about 12 feet tall. The same is true for olives; while they are hardy to around 15 degrees, and can be reliably grown in Texas, Florida, and the Deep South, it’s not feasible to bring them indoors in winter.

All that said, here are three California-centric crops that can be grown throughout many other parts of the country.

As an emblem of the Mediterranean food culture, we imagine that fig trees would be out of place in a more temperate climate. Surprisingly, however, they grow almost effortlessly in the Southeast – if you have the right variety. There are even options for more northerly gardeners.

The ‘Black Mission’ fig, California’s top variety, does not do well in humid environments, regions with cool summers, or anywhere that the temperature goes below about 15 degrees Fahrenheit. Many of the figs that do well outside of California are not black: ‘Brown Turkey’, a purplish-brown variety, is widely considered the most dependable fig in the Southeast; ‘Brooklyn White’ is a popular green-skin fig from New York; ‘Panache’, with its alternating yellow- and green-striped skin and strawberry-colored flesh, is considered one of the tastiest varieties for the eastern US. All of these are hardy to at least 0 degrees (USDA zone 7), though some will re-sprout from the ground even if subzero temperatures kill back the top growth. ‘Chicago Hardy’ is the hardiest of all figs – yes, you can grow it as far north as Chicago (USDA zone 5) – in part because it produces a good crop even when the branches freeze to the ground each winter.

Fig trees grown in cold climates behave as bushes more than trees, and they take well to containers, so you can theoretically grow a fig in North Dakota, as long as you bring it indoors in winter (since figs go dormant in winter, you can even stick it in a dark basement). Figs grown in colder climates will only produce one crop per year (in California they produce two), and they are generally best eaten fresh – heat-loving varieties from California like ‘Black Mission’ and ‘Calimyrna’ are better suited to drying.

Pennsylvania-based nursery Trees of Joy has an extensive collection of East Coast-friendly figs, including detailed varietal information for each. 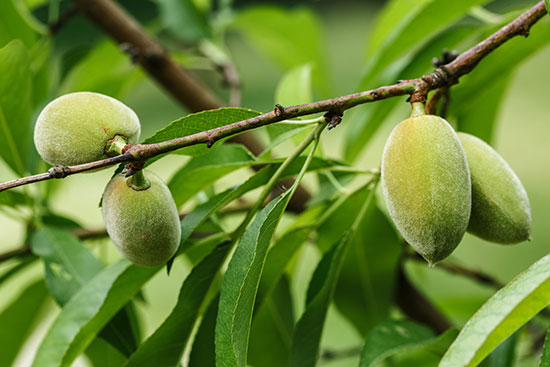 Most people don’t realize that almonds are essentially peaches that have been bred for a tasty seed kernel rather than tasty flesh. (If you’ve ever cracked open a peach pit, you know that there’s a shriveled almond-looking seed in there.) And unfortunately, that means almonds are prone to all the same diseases that peaches are, perhaps even more so. Hence California being pretty much the only state where they are grown commercially.

The good news is that there are some disease-resistant almonds that grow well in more humid climates – two, to be exact: ‘Hall’s Hardy’ and ‘All-In-One’, neither of which are grown commercially, though you wouldn’t know they’re any different from a store-bought nut when you pop one in your mouth. Also, they’re quite cold hardy (USDA zone 5), so you can grow them from Boston to Milwaukee to Denver to Boise and southwards – just not in Florida and southern Texas where there is insufficient “winter chill” to stimulate fruit production.

The key to successfully growing almonds outside California is to head off disease problems by planting them in an ideal location. Picking a spot with well-drained soil is critical – build up a wide, gently sloping mound of rich soil (12 inches tall) if you have any doubts as to how well your soil drains. Try to position your trees in a location with good airflow – in other words, out in the open, ideally on a gently sloping hillside, where there is likely to be a breeze, rather than sandwiched between your house and a dense hedgerow where the air is still. Finally, be prepared to spray: natural products, such as copper-based fungicides and Bordeaux mixture (a lime-sulfur spray), are effective organic controls for many of the diseases that almonds are susceptible to. 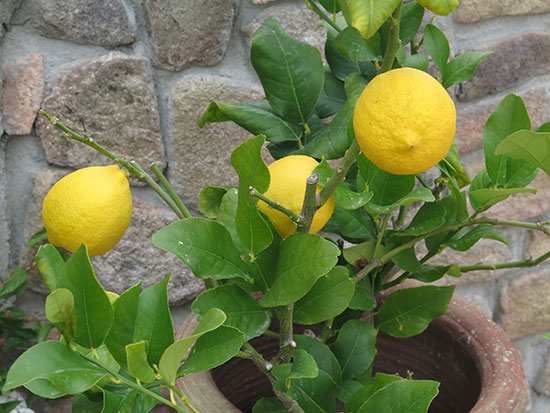 When it comes to citrus, there is a spectrum of cold hardiness. Most lemons, limes, and grapefruit keel over when it gets more than a hair below 32 degrees Fahrenheit; oranges are hardy to the mid-20s; kumquats and ‘Meyer’ lemons can withstand temperatures down to 18. Still, most places outside California and the Deep South get that cold at least once each winter, meaning it’s only possible to grow dwarf citrus, which can be grown in a pot and brought indoors when cold weather hits.

Virtually all varieties of citrus are available in dwarf forms that can be kept to 6 feet or less in height, but because citrus fruits generally ripen in winter, it’s not just a matter of keeping it alive through the coldest months of the year (as with a fig), but providing conditions that will actually result in ripe fruit. This means you need a window that gets at least 6 hours of direct sun each day during the winter; and, the room needs to stay above 55 degrees or the fruit will stop ripening and may fall off. Some types of citrus are much easier to ripen indoors than others: Oranges are unlikely to turn out sweet if they’re not basking in 80-degree sunshine every day, while mandarins and tangerines ripen at cooler temperatures and with less direct sun; lemons and limes are by far the easiest, because they’re completely useful when small and their flavor is not dependent on being perfectly sun-sweetened.

Dwarf citrus ultimately need a 20- to 25-gallon size pot to live a long and productive life. Fertilizer is crucial to maintaining good health, as nutrients quickly leach out of potting soil – a fertilizer designed specifically for citrus is best. Also keep an eye out for aphids and whiteflies, which are common pests of citrus, especially when grown indoors, and spray them with a non-toxic insecticidal soap as needed.

Four Winds Growers offers an extensive selection of dwarf citrus, including a guide to growing them indoors and all-natural citrus fertilizer and pest-control products.

Popular
7 Smokable Plants You Can Grow That Aren’t MarijuanaBrian Barth
How to (Actually) Get Rid of Fruit FliesEmily Baron Cadloff
What to Do With an Abundance of PeppersShelby Vittek
Yes, the Government Really Does Stash Billions of Pounds of Cheese in...Emily Baron Cadloff
Meet the Former Chefs Growing Restaurant-Driven Produce in Suburban AlbanyKerri Sullivan
Explore Modern Farmer
Related
Plants
Why You Should Grow Almonds and Thyme TogetherShea Swenson
Plants
This Seed Detective Travels the World Tracking Down Lost CropsEmily Baron Cadloff
Environment, Plants
Making the Case for IntercroppingShea Swenson
MTMF
Meet the Modern Farmer Helping Immigrant Farmers Sell Their ProduceBridget Shirvell
wpDiscuz
We use cookies on our website to give you the most relevant experience by remembering your preferences and repeat visits. By clicking “Accept”, you consent to the use of ALL the cookies.
Cookie settings ACCEPT
Privacy & Cookies Policy