Dancer and princess emojis don't quite apply to you? A farmer emoji might soon be available! 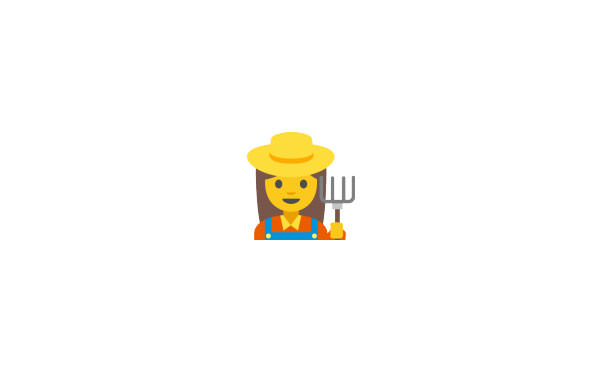 I mean, how could they forget the female farmer? Between 1978 and 2007, the share of farms operated by women nearly tripled in the United States. The Food and Agriculture Organization of the United Nations states that 43 percent of the ag labor force in developing countries is comprised of women. Women play an integral part in the operations of farms all over the world.

The new emojis were proposed to the Unicode Consortium – the organization that approves emoji (who knew there was such a thing?) – and inspired by a recent The New York Times op-ed begrudging the lack of emojis featuring powerful, professional women. “How was there space for both a bento box and a single fried coconut shrimp, and yet women were restricted to a smattering of tired, beauty-centric roles?” wrote the author, Karen Workman.

Of the professional emojis, the four-person Google team wrote, “We believe [creating them] will empower young women (the heaviest emoji users), and better reflect the pivotal roles women play in the world.” They’d like to get the women on our emoji keyboards by the end 2016, at which time, we’ll celebrate here in the MF editorial offices – which, we proudly note, is made up of a team of ladies.