An Illinois sculptor re-creates his farm's animals in wool. 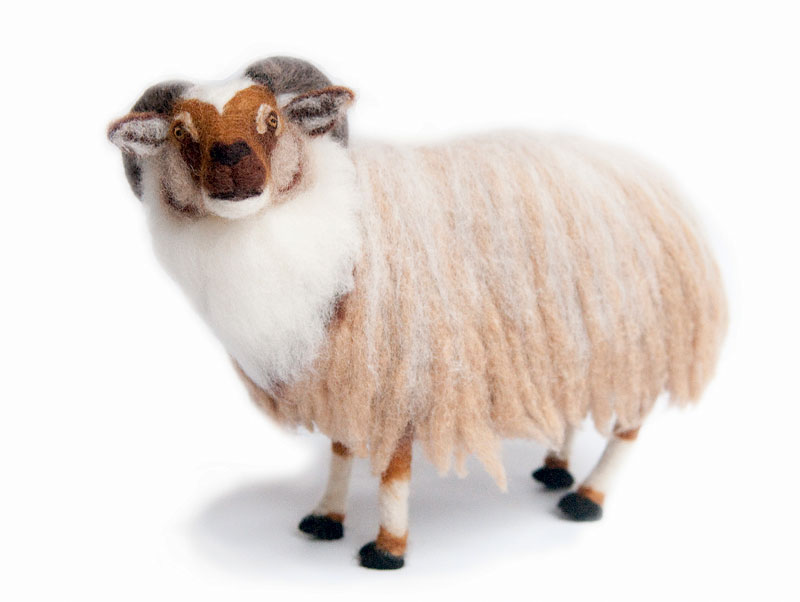 Mino, who learned about needle felting during a 2011 “sheep-to-sweater” course at the Farm School in Athol, Massachusetts, initially tried working with fiber from his own flock, but cleaning and dying the wool proved incredibly labor-intensive. “It would be like if I were a painter and manufactured all my own paints and brushes,” notes the artist. 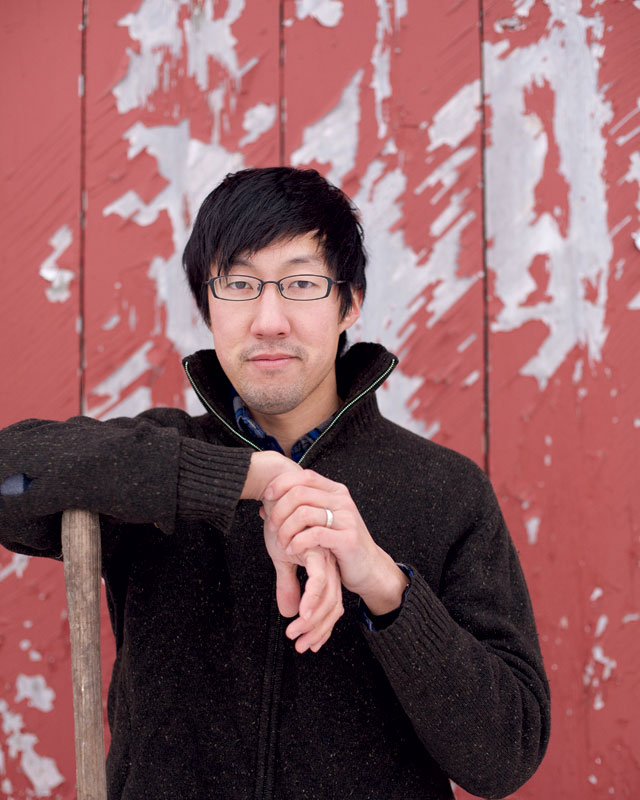 Mino begins each sculpture by building a wire armature, then uses a barbed needle to poke wool into the skeletal structure, gradually firming it into felt and adding more colors to create the contours of the animal’s body and face. At first, he sold the charming creatures – felted pigs, donkeys, and barn owls – for $250 to $500 a pop on Etsy, but he’s since been overwhelmed by commissions from clients. Last year, the sculptor poured 400 hours into his biggest beast yet, a nearly three-foot-tall wool chimpanzee; the primate is now on display at Chamber, an art gallery in New York City, priced at $12,000. Mino is currently working on three naturalistic birds for Princess Hisako Takamado, a member of the Japanese imperial family. Once the project is complete, he plans to post new work, priced from $500, on his blog, kiyoshimino.blogspot.com.

Despite Mino’s growing fame, he remains incredibly humble: “One thing I’m trying to convey is that animals aren’t that different from us. We’re just one species of many.”

Related
Food & Drink, Technology
How High-Pressure Processing Is Helping Remote Farmers Bring Fresher Foods to MarketNaoki Nitta
Plants
They’ve Come a Long Way, But Gene Banks Still Lack Protections for...Shea Swenson
Food & Drink, Plants, Recipes
A Botanist-Bartender’s Ode to the DandelionDanny Childs
MTMF
Rescued Ducks Play a Vital Role on This Vegan FarmJessica Scott-Reid
wpDiscuz
We use cookies on our website to give you the most relevant experience by remembering your preferences and repeat visits. By clicking “Accept”, you consent to the use of ALL the cookies.
Cookie settings ACCEPT
Privacy & Cookies Policy