Meet The Vegetable: Celtuce, a Mutant and Delicious Lettuce

Why this weird Chinese vegetable should earn your respect. 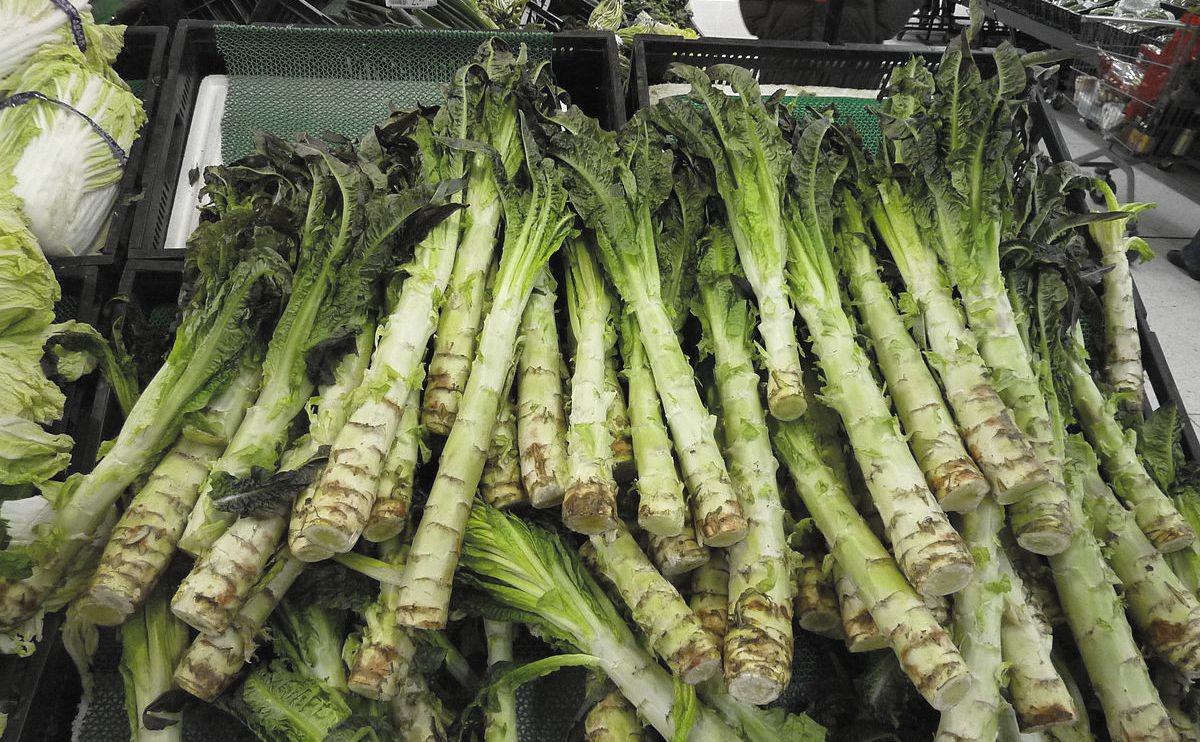 Celtuce goes by many names, some of which contain the word “lettuce,” which makes sense, as it is indeed a varietal of lettuce. You might see it advertised as “stem lettuce,” “asparagus lettuce,” or “celery lettuce,” or, at Chinese grocery stores, as wosun.

Shopping at Chinese grocery stores can be intimidating at first; many fruits, vegetables, and greens are not popular in other cuisines, and some require that the cook understand how to prepare them. (Many are bitter, for example, but to know which are supposed to be bitter and which should be blanched or braised or fried to reduce bitterness can take time and patience.)

Celtuce is not one of these; it is one of the easiest and tastiest vegetables to use that you’ll find anywhere. Non-Chinese chefs have begun using it more and more in the past five or ten years, without ever moving celtuce into bonkers-trendy territory where Brussels sprouts, beets, and kale reside these days. Dan Barber of Blue Hill in New York uses it; April Bloomfield once called it “the most underrated vegetable” and “totally amazing”; and Josiah Citrin of Los Angeles’s Melisse Restaurant regularly showcases it on his menu.

It is a form of lettuce grown primarily for its thick stem, which looks not totally unlike a broccoli’s stalk, except even larger and gnarlier. The leaves are not always left attached to the celtuce, but when they are, they tend to be a bit bitter; they’re certainly usable, but not the best part of the vegetable.

The stem of the celtuce should be peeled of its tough exterior (this is not very hard; you can use a peeler or a knife), revealing an interior that’s surprisingly crisp, delicate, and mild. This interior can be eaten raw or cooked; it is fantastically versatile, tending to retain its jicama- or water-chestnut-like crispness whether pickled, grilled, roasted, or stir-fried.

Raw is my favorite way to eat it. The flavor is mild but nutty, with an almost smoky aftertaste that can be surprising given its pale green color. It is excellent in salads, sliced thinly to take the place of any other crunchy vegetable, like radish or cucumber or carrot. It can be spiralized to make a crispy noodle-like thing, or stir-fried quickly to impart flavors. And it doesn’t only take to Chinese flavors; it plays very nicely with Mediterranean flavors like walnuts, lemon, and olive oil.

Celtuce is a scary-looking thing, but its flavor and texture are anything but. Go try it! Or grow it yourself; reviews indicate that it’s easy to grow and can tolerate both hot and cold weather.

Why do you feel the need to call it “mutant” and “weird”? Just because it’s new to you doesn’t make it either of those things.

Note the leaves at the top are often called AA Choy in Chinese grocery stores.

First year growing and it has done well, but starting to bolt in 80ish degree heat. The latex that appears when cutting was unexpected (like milkweed). Have used the leaves mixed with other greens and wilted, have not eaten any stems yet.

[…] Meet The Vegetable: Celtuce, a Mutant and Delicious Lettuce […]

Ok – do the leaves only grow up top, or is it like kale where, as it’s growing, leaves are plucked from the sides? I’m so intrigued by this vegetable!

0
Reply
View Replies (1)
This turned into my favorite vegetable

This turned into my favorite vegetable