Alaskan Peonies: Lessons from the Frontier State on a Blossoming Industry

How an experimental field in Fairbanks brought new industry to Alaska. 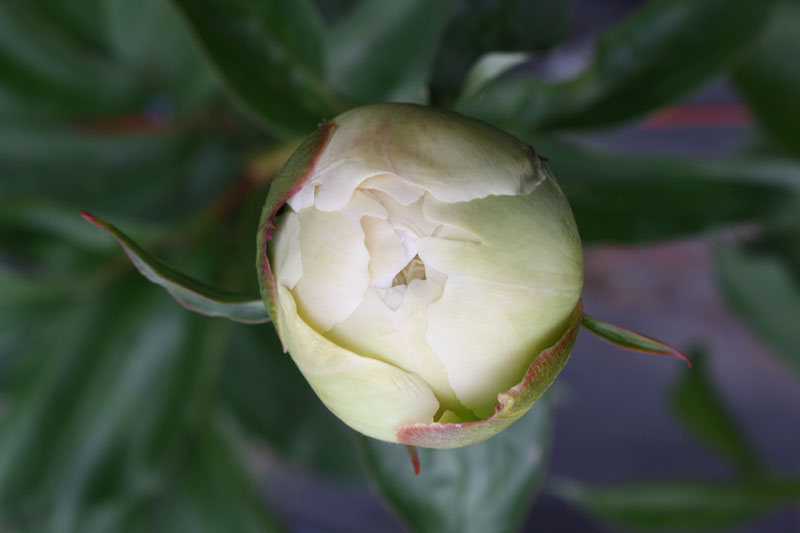 But Alaska’s isolated location and small population limit the markets for these products. “You can only sell so many tomatoes,” says Dr. Patricia Holloway, a horticulturist recently retired from the University of Alaska Fairbanks (UAF).

Holloway spent her career at UAF researching potential Alaskan crops for small farmers, and her research led to the state’s first ever successful horticultural export: peonies. According to the Alaska Peony Growers Association, the number of peony farms in the state went from zero in 2004 to more than 200 in 2014. The flower even drew the attention of the state’s legislature last year in a vote that declared July officially “Alaska Peony Month.”

If you ask Dr. Holloway how the peony boom began, she’ll probably tell you that it was accidental. She’s being modest. The new industry is the result of years of experimenting, networking with other researchers and experts, and talking with farmers. It’s an illustration of the integrative research and extension work that Holloway devoted her career to.

“Fifteen years ago,” she says, “all I knew about peonies was that they were my favorite flower in the garden.” That changed after Holloway mentioned her garden peonies at a conference; when she noted that peonies in Alaska bloom in July and August she caught the ear of an Oregon flower grower, who explained to Holloway that the flower’s growing season extends from April to July in the Northern Hemisphere (Holland) and September to January in the Southern Hemisphere (New Zealand and South America). If peonies could be grown as a field crop in Alaska, Holloway learned, the flower could fill a niche – one that happens to coincide with peak wedding season in the continental United States. 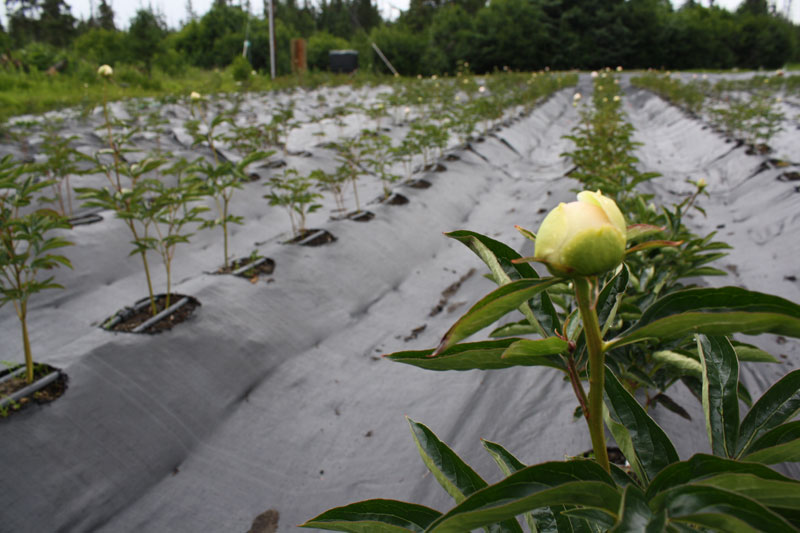 One of the peony fields at Alaska Perfect Peony in Homer, Alaska. Kelly Hatton

Holloway knew that peony bushes grew beautifully in Alaskan gardens – but could the flowers be grown as a viable export crop? She wrote a grant to set up a demonstration plot at UAF’s Georgeson Botanical Garden. When that came through, in 2001, she planted the first experimental field of Alaskan peonies. She spent ten years experimenting with different varieties, growing methods, and disease and rot prevention and – through her experimentation and collaboration with experts and researchers around the world – found several varieties that grew well in the field and established basic growing guidelines for Alaskan growers.

“Two years into the project a guy from London called and wanted 2,000 peony stems a week,” Holloway says. “He confirmed that the market existed.”

The strategy – demonstrate, then educate – was not new for Holloway. She spent her career looking at potential horticulture crops and markets for Alaskan producers. Much of her work focused on Alaskan wild berry cultivation and value-added products, like jams and preserves. “My job at the experiment station was to find out what we could grow and how we could grow it so that a small farmer in Alaska could do it and make a little bit of money,” she says. Her research always began with the farmer in mind. “If there’s not a need, growers aren’t going to waste their time,” she says. 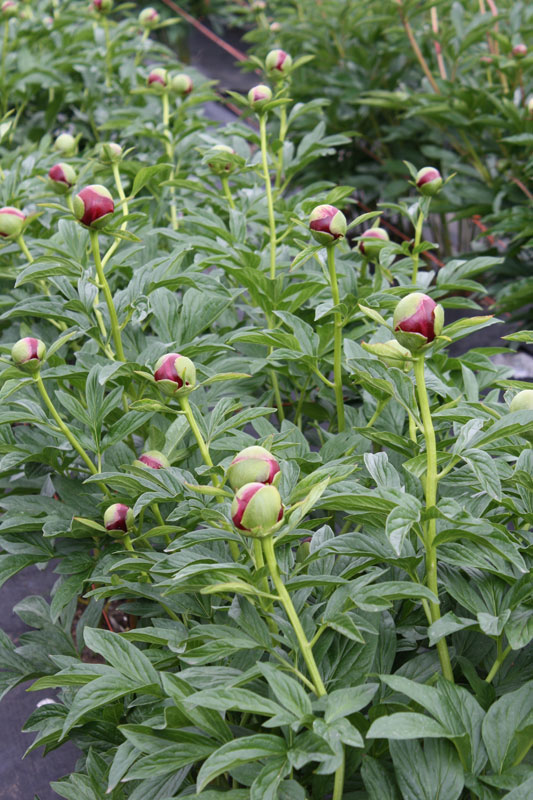 Holloway’s philosophy reaches back to the beginnings of agricultural extension, to the work of Seaman A. Knapp. In 1886, Knapp, who is known as the father of extension, moved to Louisiana where he began using methods of demonstration to help cotton farmers fight boll weevil infestations. The success of his first demonstration plot earned Knapp the support of the USDA. Soon, he was leading a team of the first extension agents throughout the south to set up similar demonstration plots in concert with local farmers. In a 1907 speech, Knapp explained his method. “Can agricultural conditions be changed by simply talking? No. By demonstration? Yes.”

Knapp recognized that even methods shown to work in the fields wouldn’t be taken up without a strong relationship with the farming community. He advised his agents not only in growing methods, but also public relations. “Never put on airs,” he said. “Be a plain man, with an abundance of good practical sense. Put your arguments in a sensible, practical way.”

More than one hundred years later, Holloway echoes this strategy. After you’ve demonstrated the work, she says, “you learn to be creative in how to get your message across without being disrespectful.”

Holloway treats local farmers as colleagues, not students. These strong relationships helped catalyzed the peony business in Alaska. Rita Jo Shoultz, owner of one of the state’s largest peony farms, Alaska Perfect Peony, explained how she got started with the flower: “Pat is a good friend of mine. We were having lunch one day and she said ‘I think you should give [peonies] a try.’ I already had a greenhouse business and I was selling 500 varieties of trees, shrubs, and roses. She knew I already knew how to grow. I said sure, why not, and put 3,500 peonies out, thinking I’d just experiment with them.” Nine years later, Shoultz has 15,000 peony bushes in her fields. Her trust in Holloway led to the complete transformation of her business from a local nursery to a peony farm that ships buds all over the world. 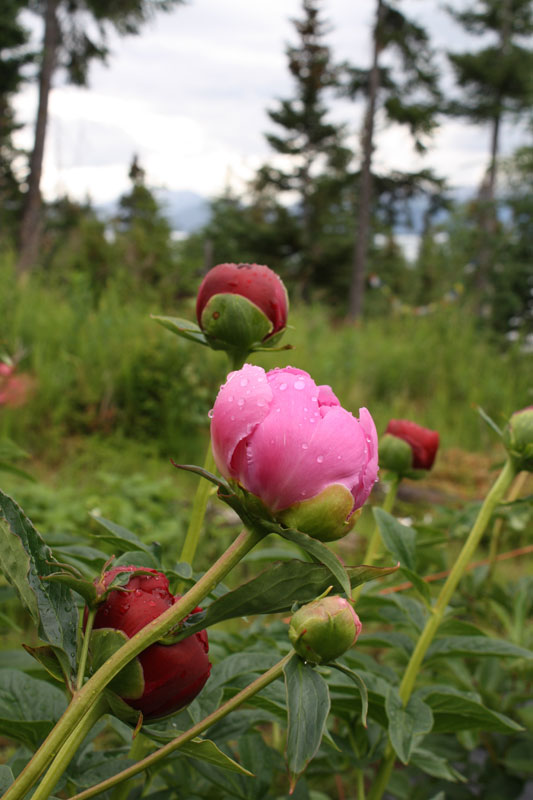 The enthusiasm is catching. With new peony farms popping up throughout the state, growers decided to get together and found the Alaska Peony Growers Association, the first farmer-organized association in Alaska. Each year, the group holds a conference to share information and resources with new and potential growers. Holloway continues to collaborate with farmers. “It’s great fun,” she says. “We have growers all over the place. My hat is off to everybody who has taken the challenge. The growers are the real heroes.”

Holloway stresses that the peony movement is an example of how university research and extension services can serve local farmers. “It matters that it’s local and that there’s one-on-one trust,” she says. She worries that the underpinnings of agricultural extension – the opportunity for demonstration and researcher-farmer interaction, which were pioneered by Knapp – are being lost with the advent of virtual services. For Holloway, the beauty of agricultural extension is the opportunity to pursue research and programming that serves the local community. “Where else,” she asks, “Can you take a course on canning walrus meat?” In the place-based pursuit of agriculture, local knowledge is invaluable. Without it, the peony boom would have never begun.