After tragedy struck her family and community, Christine Lanyero rebuilt her life by farming. 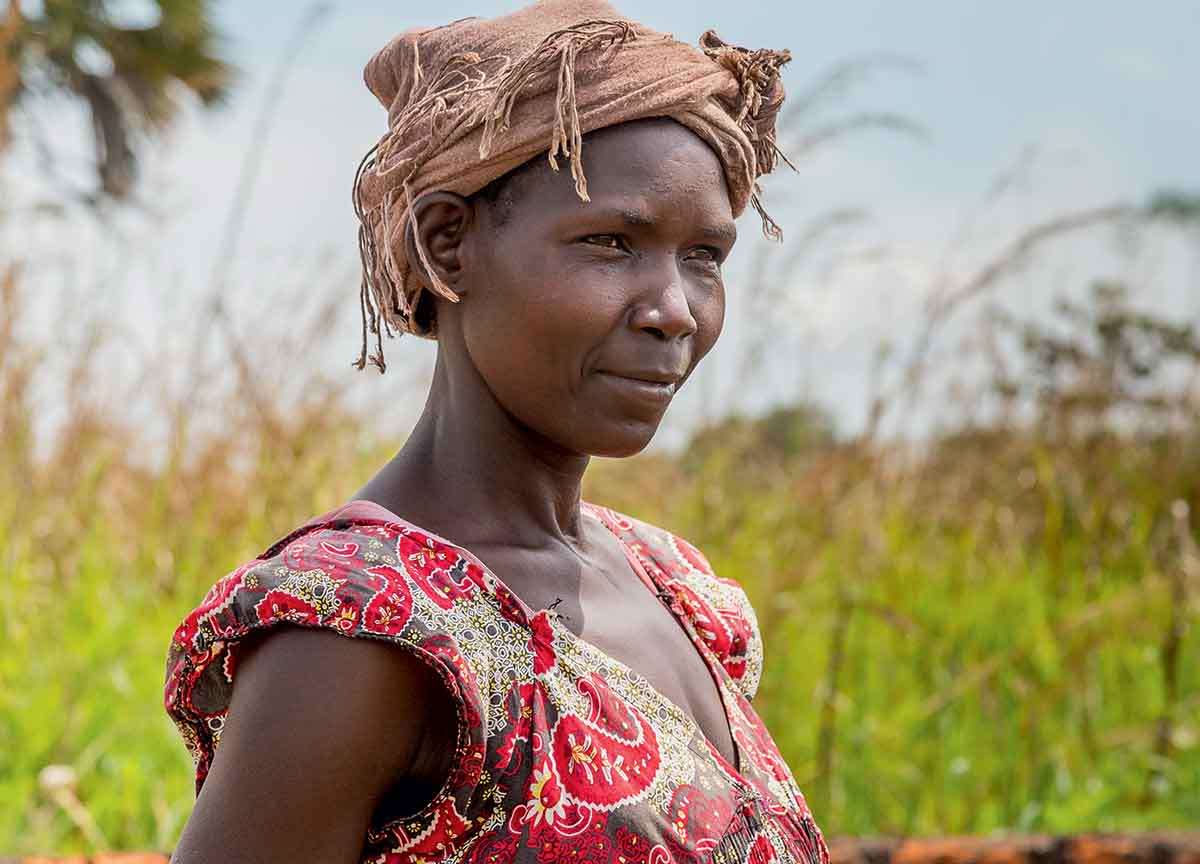 Christine Lanyero was only a teenager in 1987 when Joseph Kony’s brutal Lord’s Resistance Army occupied the Gulu-region village where her family farmed. After the LRA killed Lanyero’s father, she walked nearly 250 miles to a refugee camp outside the city of Kampala.

But in August of 2014, the camp’s land was sold for development. With financial aid from a U.S.-based nonprofit, Lanyero – along with 31 other women and their families – journeyed north to their ancestral lands, which are once again considered safe.

Lanyero, her husband, and her five children moved into a new mud-brick and thatch hut steps away from where she grew up, and she planted maize, groundnuts, cassava, and soybeans. Like the majority of women in Northern Uganda, Lanyero digs food (dig is the local word for farm) to feed her household, and often walks long distances to sell surplus at regional markets. Every day, she carries jerricans over a mile each way to the nearest borehole to gather water. “It is difficult to start over and make a life again,” she says. “This has not been easy. The digging is challenging, and the market is far away. Everything is far away.”

The nonprofit After the Bulldozers – founded by a 16-year-old girl in Danville, California – helped Lanyero and more than 200 others.