No farmers, no food. 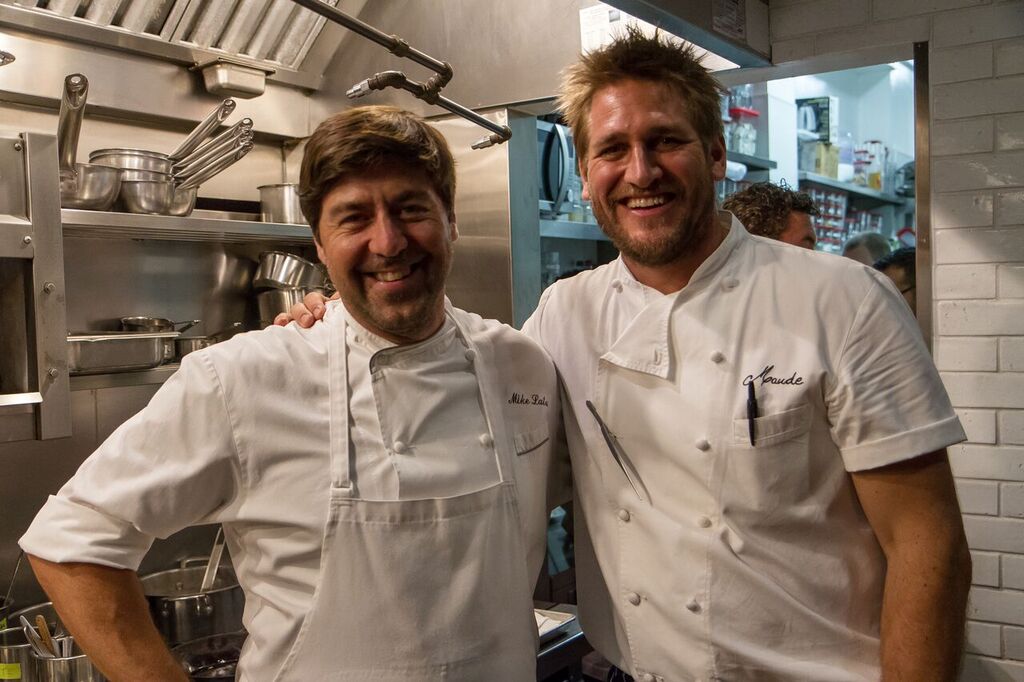 “Like any chef, farmers are a big part of my life. At my restaurant, Maude, in Beverly Hills, each month we create the menu around one seasonal ingredient and so we’re working closely with a lot of diverse farmers to build those menus,” Stone tells Modern Farmer. “I’ve also worked with supermarkets for years, and I’ve realized how important it is to understand the supply chain so that I can make informed recipe recommendations that are good for everyone involved, from the farmer to the home cook.”

Stone, a chef originally from Australia who’s best known in the U.S. for his many television appearances, including NBC’s Celebrity Apprentice, TLC’s Take Home Chef, and regular stints on NBC’s Today show – as well as his many cookbooks – says he was “shocked” about the deficit of farmers. So, he’s harnessing his celebrity and joined forces with the National Young Farmers Coalition (NFYC) and other well-known chefs for a series of six fundraising dinners at his Beverly Hills restaurant. The first dinner, featuring Chef Mike Lata, took place Saturday night, Feb. 27 and included a #MoreFarmers Twitter chat focused on student-loan debt, a huge problem facing beginning farmers and ranchers. (Full disclosure: @modfarm moderated the chat.)

Chelsey Simpson, communications director for NYFC says the dinners at Maude are a great fundraiser, but also provide an opportunity to reach a new audience in Los Angeles and further afield through social media. It helps, she says, that Stone has so many fans, to whom the NYFC wants to introduce the challenges young farmers face and the solutions that’ll help ensure the future of American agriculture.

“We think Curtis is a great partner for our work – he has been dedicated to supporting local farmers since the beginning of his career, and the sourcing model he uses at Maude is really inspiring,” says Simpson. “He’s also extremely professional and warm, and he works with a great team, so we’re really excited about the collaboration.” 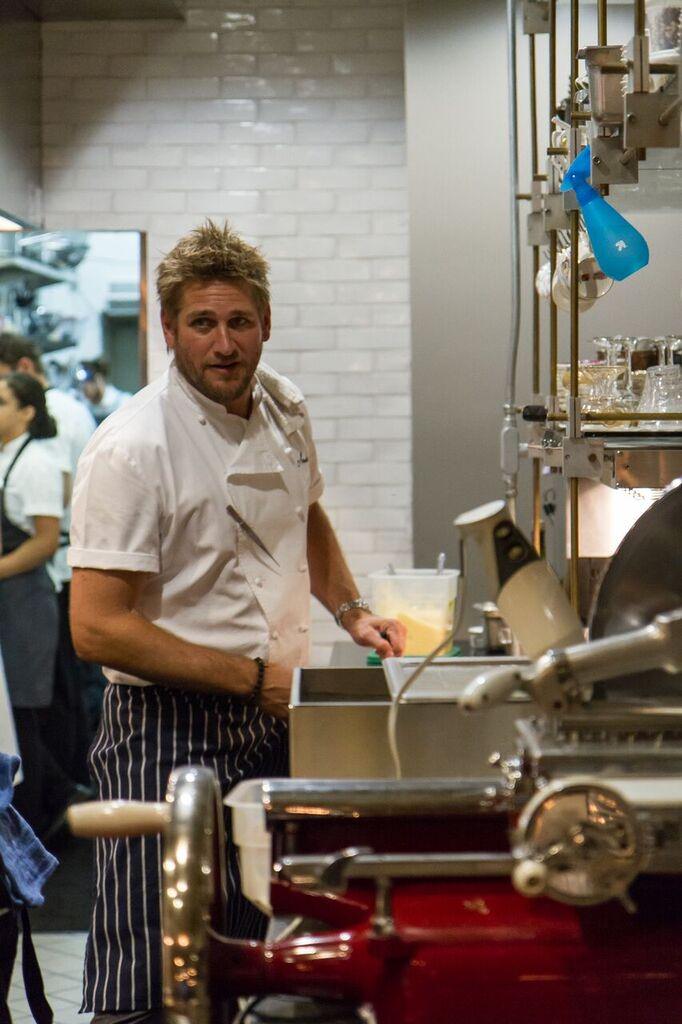 Chef Curtis Stone in the kitchen of Maude.

The NYFC, through its “Farming is Public Service” campaign, is rallying support for the Young Farmers Success Act of 2015, a bill introduced this past June in the U.S. House of Representatives, which would add farmers to a list of professions part of a federal loan forgiveness program. Between 2007 and 2012, the number of new farmers increased by only 1,220, according to the NYFC, which hopes to help add 25,000 by 2022. Other issues facing young farmers, says Stone, include access to land, and water conservation and access. He is devoting two dinners to each of these three issues.

“The lack of farmers entering the industry, and the challenges they face, is something we don’t hear a lot about, so I was really happy to see farmers and their friends and families jump into the #MoreFarmers Twitter conversation to share their experience,” says Stone. “I’m looking forward to continuing the conversation so that we can raise more awareness and support for these farmers.”

Many of the tweets from Saturday night concerned supporting the groups, like 4-H, which work with aspiring farmers; removing stereotypes surrounding farming; and highlighting more success stories about young farmers, instead of romanticizing the profession.

#MoreFarmersA3: farmers are an endangered species: the average farmer is 58 years old. Only 6% of farmers are under 35 #morefarmers

A2: in order to recruit #morefarmers we need to work on dismantling negative farmer stereotypes + the idea that farming is a lowly career

A7: we need to support the #youth organizations that help provide #morefarmers @NationalFFA @4H and talk to schools https://t.co/qG27tngBzp

We need to hear more farming (economic) success stories. The real work. Not the "romance" of farming stories @modfarm #morefarmers

A2: In Canada, 75% of farmers say they will sell in the next 10 yrs. We need to make sure that land stays in ag production #MoreFarmers

“I think [the first dinner and Twitter chat] went really well,” Stone says. “Sharing the stoves with another chef is always a lot of fun and Mike [Lata] was a fantastic guest. When you do fundraiser dinners, the goal is to sell out and we were so fortunate that the dinner filled up quickly. Maude is a pretty small restaurant, so even though we couldn’t open it up to a larger group to experience, it was nice to be able to share our evening through social media.” 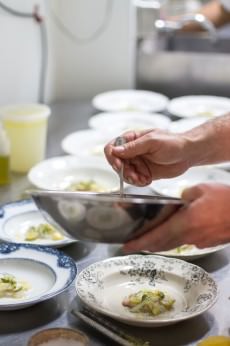 Plating up one of the many courses of the fundraising dinner.

The next five dinners and Twitter chats will be scheduled in the next few weeks and months, so keep an eye here and on the #MoreFarmers hashtag to join the conversation.