Pachy Poo & Zoo Manoo: You Can Now Get Your Compost from Elephants and Hippos - Modern Farmer
Animals, Plants

Pachy Poo & Zoo Manoo: You Can Now Get Your Compost from Elephants and Hippos

Ever tried using giraffe droppings in your garden? Now you can! 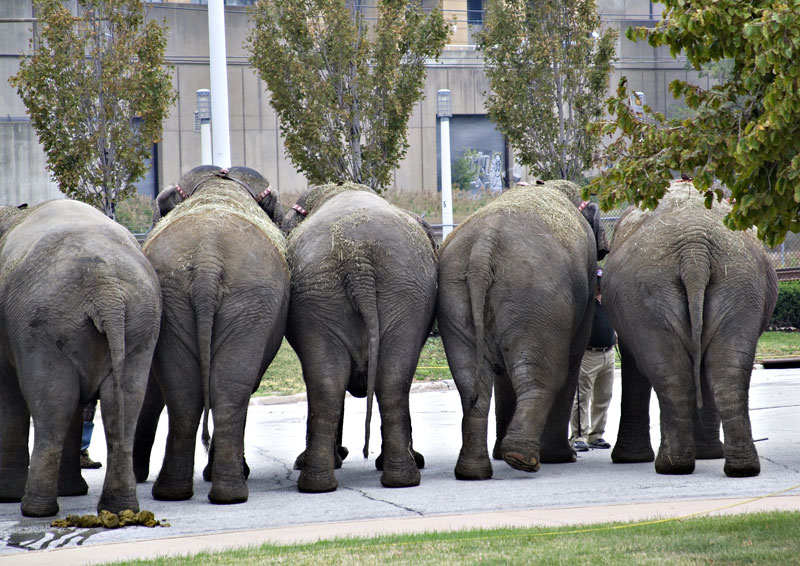 Instead of sending truckloads of manure to the landfill each month – apparently (and obviously?) elephants are responsible for the bulk of it – more and more zoos are starting their own composting operations, and they are selling the product to farmers and gardeners eager for a selection beyond the usual compost choices from horse, cow, and chicken.

From Atlanta to Kansas City to Portland and many points in between, locals can head to the zoo to pick up composted poo by the bag or the truckload. Some give it away, but most sell it. Not all zoos are hip to this trend, so if you don’t see your city on the list below, call up your local zoo and let them know they have customers waiting.

This award-winning zoo in a leafy Seattle neighborhood has turned its composting operation into a major PR campaign and environmental education program. (Check it out below.) Local residents flock to the bi-annual Fecal Fest, where they can pick up Woodland Park’s infamous ZooDoo for $5 for a 5-gallon bucket, or a truckload of BedSpread, which is basically manure-laden mulch, for $60. The poop is so popular, the zoo holds a lottery before each Fecal Fest to determine which lucky residents will get to go home with some. Woodland Park Zoo once spent $60,000 per year to haul the waste of their 100-plus animals to the landfill, but they now net $15,000 to $20,000 selling it back to their patrons. For more information, call 206-625-POOP.

Portlandians have access to their own brand of Zoo Doo, which is available for free Monday through Friday, 9am to noon, at the Oregon Zoo. This zoo’s doo is guaranteed free of carnivore and omnivore waste (the pigs and lions don’t contribute), because there is a small chance that such species harbor pathogens that humans can pick up. Even more worrisome is primate poo – we share many diseases with our closest evolutionary cousins – so the Oregon zoo keeps their chimp bedding out of the mix as well. Instead, the Oregon zoo composts 1,350 cubic yards of manure from nine different herbivores, including elephants, hippos, rhinos, zebras, giraffes ,and goats, which cooks down into 975 cubic yards of compost. First come, first serve. Call 503-226-1561 ext. 5133 for an appointment to pick up a load.

Zoos, because they are literally overwhelmed with animal waste, have become a cornucopia of inspiration about the virtues of poo. The Kansas City Zoo website, for example, is worth quoting at length for their enthusiasm in the subject: “Feces can be fascinating. Animals use poop to build their homes, hide from enemies, attract mates and even nourish themselves. Humans use it to make fertilizer, fuel power plants and diagnose medical conditions.” The website doesn’t elaborate further, so you’ll have to speak with a zookeeper for more information about some of those animal “uses”; and while you’re at it, do the zookeeper a favor and take a truckload of it off their hands. KC zookeepers refer to their product as Zoo Manoo and sell it by appointment for $25 per truckload. Call 816-595-1894 to make arrangements.

Atlantans have access to pure elephant manure from the local zoo. Boxes of Pachy Poo, as it’s called (scientists refer to elephants as pachyderms), are available in the zoo’s gift shop (Happy Birthday!), or you can order direct from Natural Growth Inc, the local company that collects the waste and transforms it into high quality compost. Apparently elephant manure lacks the pungent of aroma of other animals’, as Pachy Poo is advertised as odor-free.

The bankrupt, half-vacant city of Detroit has become a symbol of urban renewal over the last few years, and the local zoo is doing its part. The zoo doesn’t offer their poo directly to citizens, but gives it to a local organization called Detroit Dirt, who turns it into compost and distributes it among the city’s network of urban farms and community gardens.

Taking the concept of turning zoo waste into an asset even further, the Detroit Zoo has plans to install an anaerobic digester which will turn poop into electricity to power the zoo’s animal hospital. By capturing the methane gas that comes off the 400 tons of steamy manure harvested from the animal pens each year, the zoo expects to save $80,000 annually in energy costs, making a big dent in their carbon footprint in the process. After the methane is captured, the remaining by-product is still a useful soil amendment and will be used to fertilize the landscaping in the zoo’s various animal habitats.