For $100 and Some Beer, This Student Spent Three Months Camping on a Dairy Farm

A bet with friends turned into a 100-day camping trip. 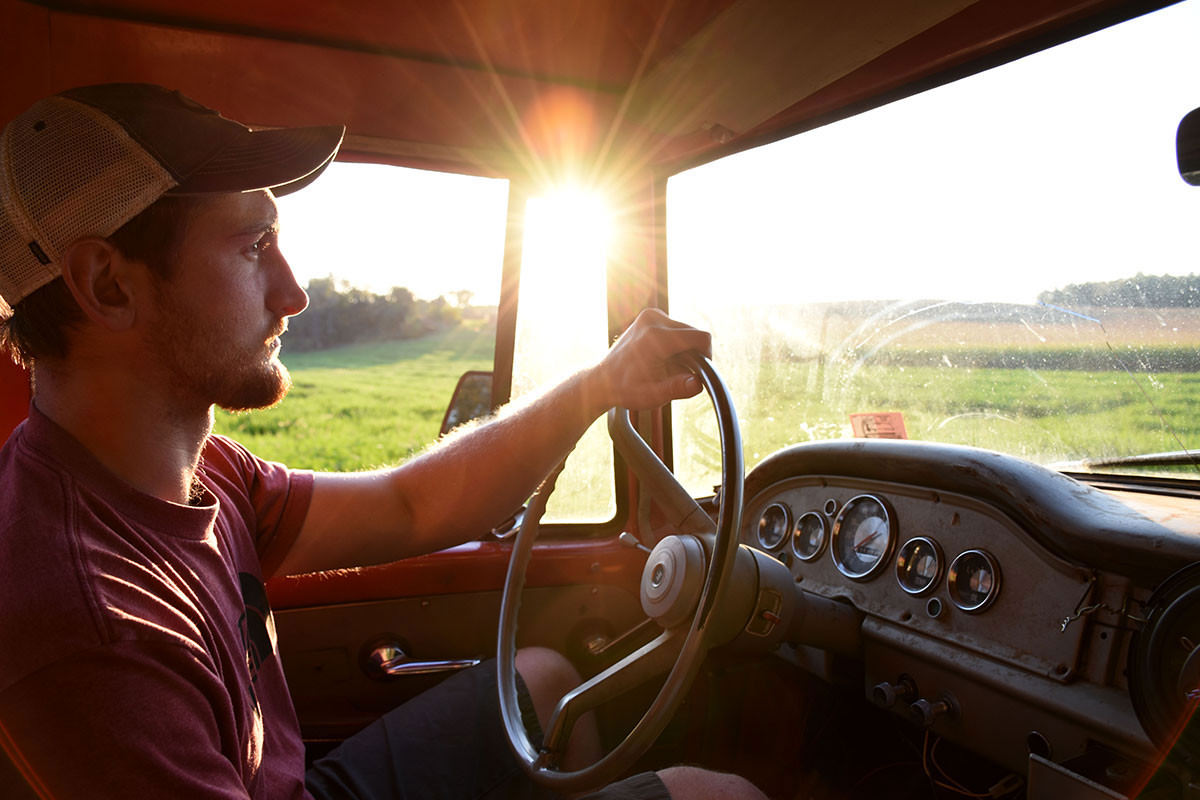 In this specific case, 48 beers and $100 were all the motivation Troyer, 23, needed to take on the challenge. “We were at a bar, so maybe alcohol had something to do with the bet,” he admits with a laugh.

Troyer, a senior plant science student at Penn State University in State College, Pa., picked out a camping location that was picturesque (it overlooked Penn State’s Beaver Stadium, he says) and was just a 10-minute drive from campus. It was also just a short walk over a hill to the Meyer Dairy barns, where he worked part-time.

In fact, the spot he picked sat right on the property of the 1,000-acre farm, so Zack asked owner Denny Meyer for permission to set up his temporary housing there.

So last August, instead of packing up the typical undergrad college must-haves like bed linens, posters, and a microwave, Troyer tossed an axe, a sleeping bag, and a 50-year-old outfitters canvas tent in the back of his 1968 red International pickup truck and set off for school.

The tent – a family hand-me-down – had seen better days, and Troyer used duct tape and vice grips to keep it from falling down. (His mother says her son has always been equal parts Daniel Boone and McGyver.)

Troyer, whose family owns a 2,300-acre potato farm in Waterford, Pa., a small hamlet on the outskirts of Erie, Pa., was certainly no stranger to outdoor challenges. He and his family once drove an RV across the United States and Europe, and Troyer has spent a lifetime helping on his family farm – responsible for everything from pulling weeds in a 100-acre field to laying irrigation. But camping by himself for more than three months? That took a whole new set of skills. 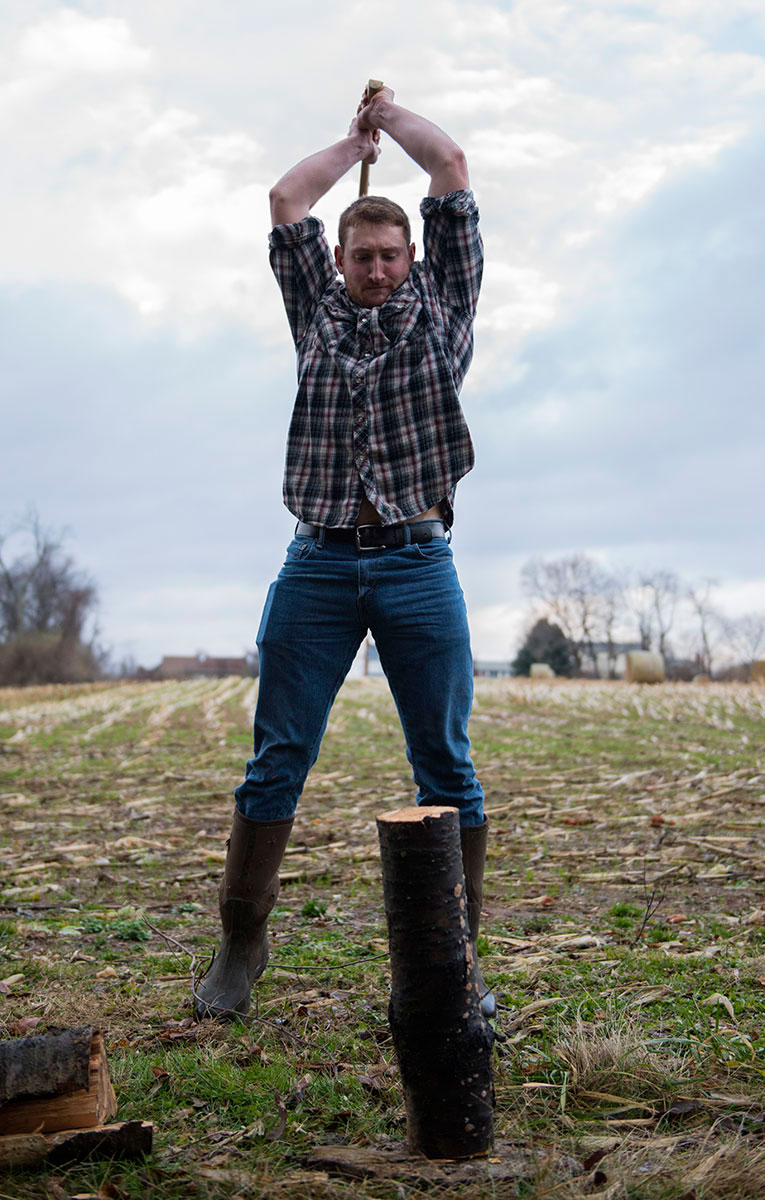 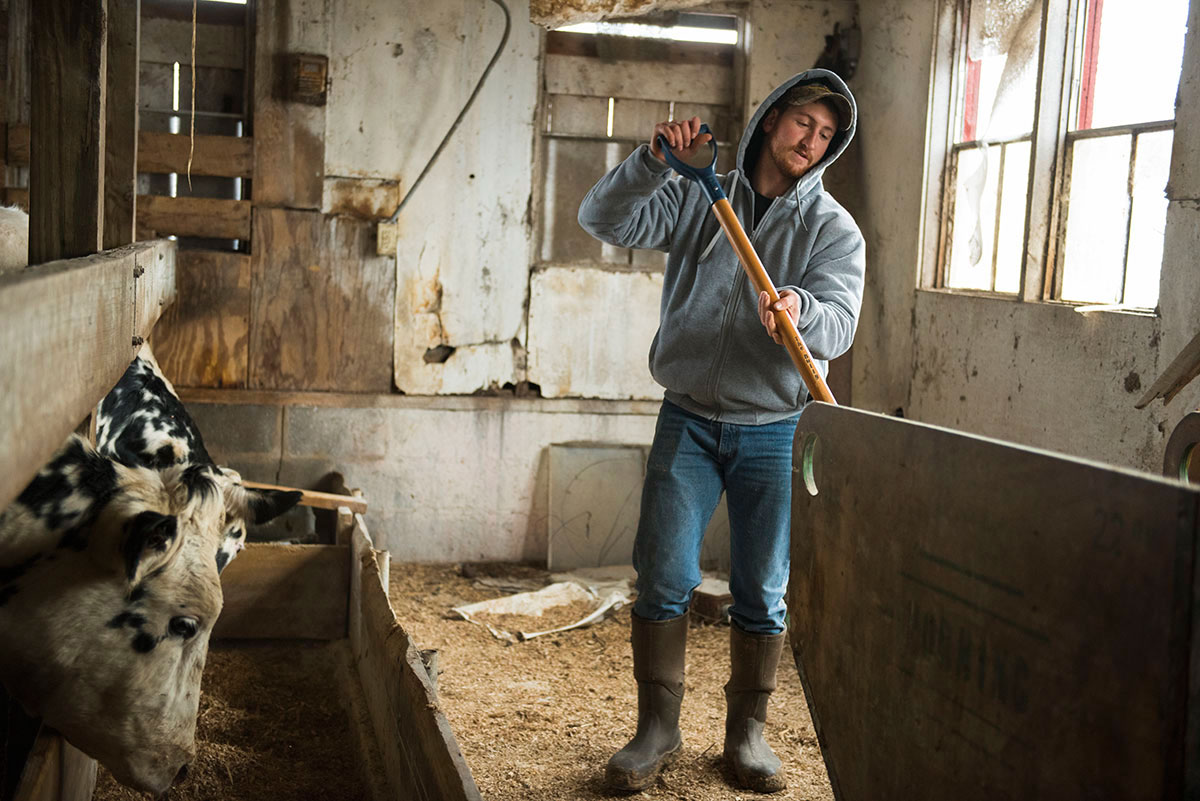 During his time in the woods, the temperature fluctuated nearly 70 degrees – from 90 degrees in early September to a frosty 23 degrees in December. Once, while Troyer was away, a bear visited his camp. It destroyed his cooler and left gashes in his tent.

After that, he slept with his shotgun within reach every night.

He continued to work at Meyer Dairy – home to 450 head of cattle – during his time in the woods. His job included chores like feeding the cows and fixing fences. But there was also school, of course. Troyer loaded up on a hefty 23-hour course-load for the semester. Each day he’d bring a Meyer’s glass bottle to his classes, filled with half-a-gallon of fresh whole milk, earning him the “Milkman” nickname from his classmates.

He showered on campus, but ate nearly every meal at camp. While his classmates chatted at tables and dined on hot sandwiches and salad in the dining hall, Troyer sat on a log, in the glow of a campfire, eating beans and tuna straight from the can – all chased down with more Meyer’s milk. “I didn’t like it, but it was cheap and convenient,” he says of his meal choices.

When he came home over Thanksgiving break, he was giddy, says his mother, Linda Wingerter. “Every moment he was smiling or eating,” she says. “He had home-cooked meals, he was with family, he was sleeping in a real bed – he just wanted to soak it all in.”

Wingerter had made sure her son was outfitted just right for his epic camping trip. The two of them visited a Goodwill store in State College before he set up camp, picking up a secondhand wood dresser and a folding table, both of which he set up inside the tent. He also installed a plywood floor, with wood he found in an old barn back home. 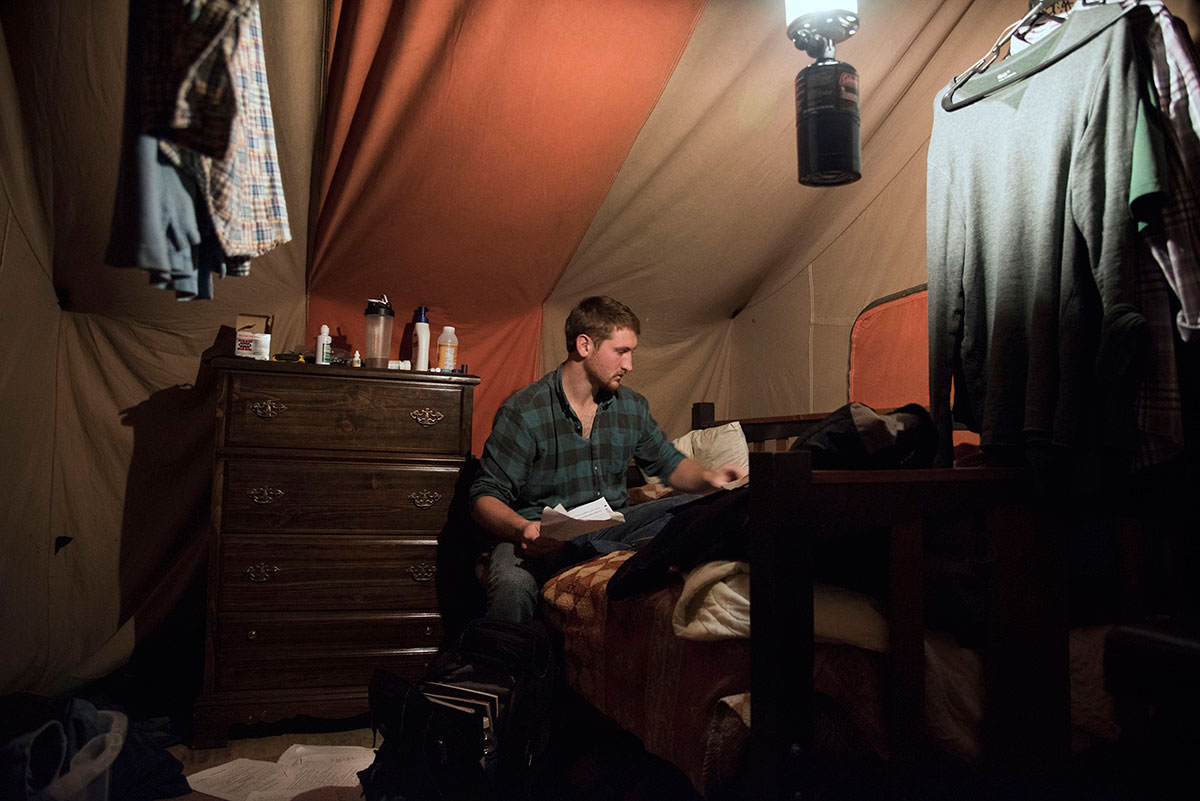 Zack Troyer arranges his school papers in his tent. Troyer did most of his schoolwork on campus where he had access to electricity.

And, after Thanksgiving, Wingerter sent her son back with venison, tomatillo sauce, and other canned goods straight from her kitchen. Troyer found a little propane stove and cobbled together a camp kitchen to cook his mom’s contributions.

When the semester ended in December, Troyer broke camp and moved back in with his father (in an actual house). He’s completing the last two courses he needs to graduate online. Post-graduation, he plans on farming as his career. It’s his passion. “I love being outside, the seasons, and how you can watch the progress you’re making every day,” he says. “It’s definitely not a desk job.”

He says the semester in the woods simply reinforced to himself that he doesn’t need much to live on, that he’s happy to live simply and that he can survive on his own wits.

“I loved it out there,” he says. “It doesn’t take much to make me happy. Don’t get me wrong – I love to have a good time. But for me, I just want to travel, have experiences, and learn about new things.”

Troyer’s now looking forward to his next adventure. He’s thinking, perhaps, of biking Alaska or hiking South America. But whatever he decides on, he likely won’t make a bet with his friends this time around. After all, they still haven’t paid up for the camping trip.