New Documentary, “The Seer,” Looks Through the Eyes of Author Wendell Berry

It "will leave viewers not with a picture of a man but rather with a glimpse of what he sees." 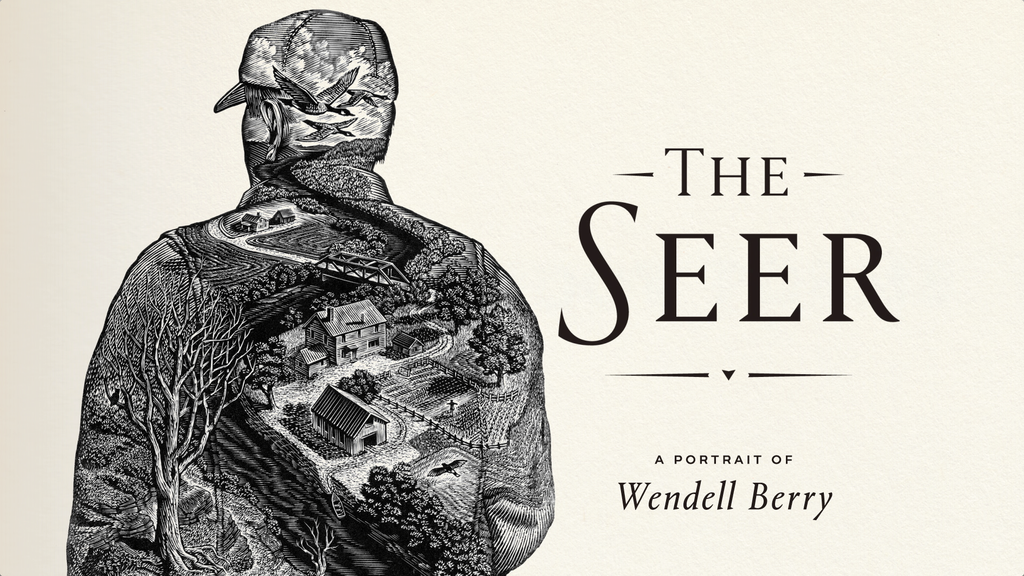 The film, “The Seer: A Portrait of Wendell Berry,” directed by Laura Dunn and Jef Sewell (also the producer) and executive produced by Robert Redford and Terrence Malick, is as much a love letter to family farmers and the rural country, where Berry has deep family roots, as it is a straight-ahead portrait of the author.

Dunn, 40, felt a documentary about Berry needed to be more than a traditional head-on interview, interspersed with B roll. Early on, she was inspired by Berry’s 40-pane window for a way to present her subject. Like the painter Chuck Close‘s portraits, which are made up of small abstract units that together create a subject’s likeness, Dunn focused her camera on the landscape, people, and past to give us a deeper understanding of Berry’s life and works – so it’s not so much about Berry himself, but instead, what he sees around him.

The film is shot “across four seasons in the farming cycle … [and] blends observational scenes of farming life, interviews with farmers and community members with evocative, carefully framed shots of the surrounding landscape, according to the film’s website. In an unusual move for a documentary about a living person, the camera is never turned directly on its subject.

“It was clear to me through my conversations with Wendell – and reading his texts about computers, screens, and media – that this is a person who is very skeptical of screens, and as a filmmaker that’s a challenge,” says Dunn. “If you want to draw a portrait of someone, what you’re trying to do is capture in some small way some reflection of the essence of that person. With Wendell, it occurred to me early on that this couldn’t be a biopic. That wouldn’t capture the complexity of him in my mind.” 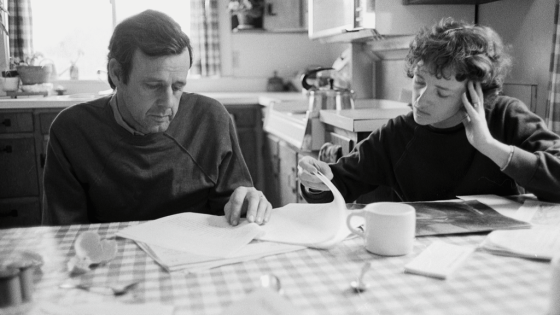 An old photograph of Wendell Berry and his wife, Tanya, at their kitchen table, which was used in the film.

Seven years in the making, “The Seer” had its beginnings in one of Dunn’s earlier documentaries, 2007’s “The Unforeseen,” about the environmental impact of real-estate development in and around Austin, Texas. In that film, Berry reads from one of his poems, “Santa Clara Valley,” providing a haunting underpinning for the narrative. When Dunn finished “The Unforeseen,” she was inspired focus her next project on him, in part to bring more attention to his work, especially the groundbreaking 1977 nonfiction book The Unsettling of America.

“Terry [Malick] and Bob Redford [executive producers on “The Unforeseen”] got involved,” says Dunn. “They’re both big fans of Wendell Berry. It just took off from there. It started off with a lot of letter writing back and forth to Wendell, constantly negotiating and renegotiating terms about how to tell that story.”

Dunn considers The Unsettling of America to be “fundamental to our whole cultural thinking about agriculture and farming,” she says, and discovered while working on “The Seer” that Berry’s friends and neighbors, whom she interviewed, exemplified the themes of his book. She spoke to Steve Smith and Mark Roberts, for example, multigenerational farmers who grew tobacco, the area’s traditional main crop. Smith initially believed the mantra of “get big or get out” that the US government espoused in the early 1970s. But in the early 1990s, he began growing vegetables using biodynamic methods and started Kentucky’s first CSA. Roberts, on the other hand, still farms tobacco, along with corn, and soybeans on about 2,000 acres, says Dunn.

“[Roberts] is another great guy, another multigenerational family farmer in Henry County, but he bought into the idea that you have to get bigger and bigger and is still doing that,” she says. “He’s the other side of the story. He’s still living that industrial vision and is hurting badly.” 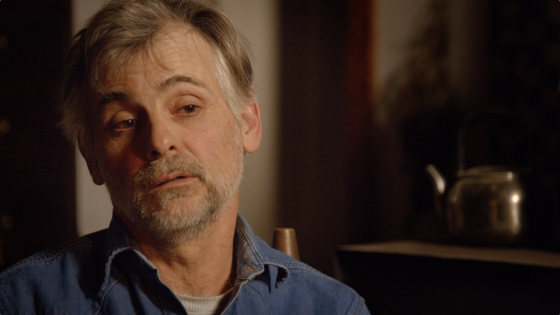 A still from the film of Steve Smith, a former tobacco farmer who went on to found the first CSA in Kentucky.

“The Seer” premieres at Austin’s South by Southwest festival in March. The team also launched a Kickstarter campaign to provide funds for the final post-production costs. In the meantime, listen to a portion of Dunn’s interview with Berry below:

Popular
The Fertilizer Shortage Will Persist in 2023Shea Swenson
7 Smokable Plants You Can Grow That Aren’t MarijuanaBrian Barth
Agricultural Runoff Pollutes Well Water, a ‘Public Health Crisis In the Making’Madison McVan, Investigate Midwest
Move Over, Mezcal. A Sustainable Tequila Alternative Is Taking Over.Hollie Stephens
Why Don’t We Eat Turkey Eggs?Dan Nosowitz
Explore Modern Farmer
Related
Features, Food Security, Labor
The Rise of Virtual Farmers MarketsLeah Borts-Kuperman
Environment, Labor, Water
California Farms and Farmworkers Attempt to Recover From Record FloodsNaoki Nitta
Books, How-To, Lifestyle
How to Turn Your Garden Into a Business, No Matter the SizeEmily Baron Cadloff
Food Security, Labor, news
A New Egg Co-operative Has Hatched in the Western U.S.Lindsay Campbell
wpDiscuz
We use cookies on our website to give you the most relevant experience by remembering your preferences and repeat visits. By clicking “Accept”, you consent to the use of ALL the cookies.
Cookie settings ACCEPT
Privacy & Cookies Policy