Not everything should be grown hydroponically, suggests Ryan Eddinger. His water-grown lettuces are a sure exception, and his top chef customers are grateful for their taste. 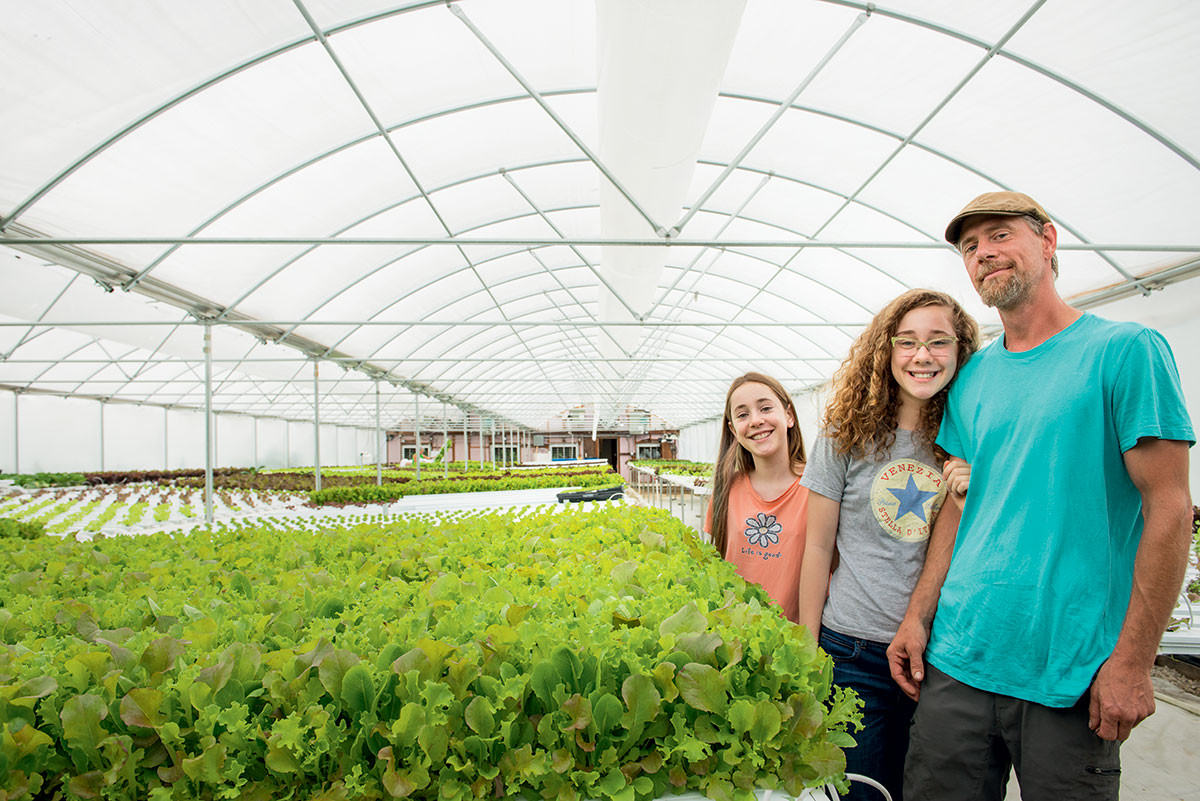 Ryan Eddinger wouldn’t think of farming tomatoes or peppers hydroponically. “I’m adamant about that,” he says. “They just don’t taste as good without the soil.” Lettuces grown in water, however, have a distinct advantage: They can be harvested roots-on, a practice that extends shelf life by a week. As for flavor? Eddinger counts the area’s best chefs as his most enthusiastic customers.

The 41-year-old admits to underestimating some challenges when he began building his 5,000-square-foot hydroponic greenhouse in 2011: “I thought, ‘I don’t even have to bend at the waist. This will be a piece of cake.’” In reality, the plants’ close proximity also makes it easier for pests and disease to spread. “Things can get out of hand in a hurry if you’re not paying attention.”

In addition to supplying restaurants, Eddinger sells his arugula, Bibb, romaine, oak leaf, and kale at local farmers markets, often with daughters Stella (center) and Sophia – the “two sisters” behind the farm’s name – in tow. “One market displayed a picture of the girls,” Eddinger recalls. “Stella tugged on my shirt and asked, ‘Hey Dad, you think people are going to want our autograph?’”