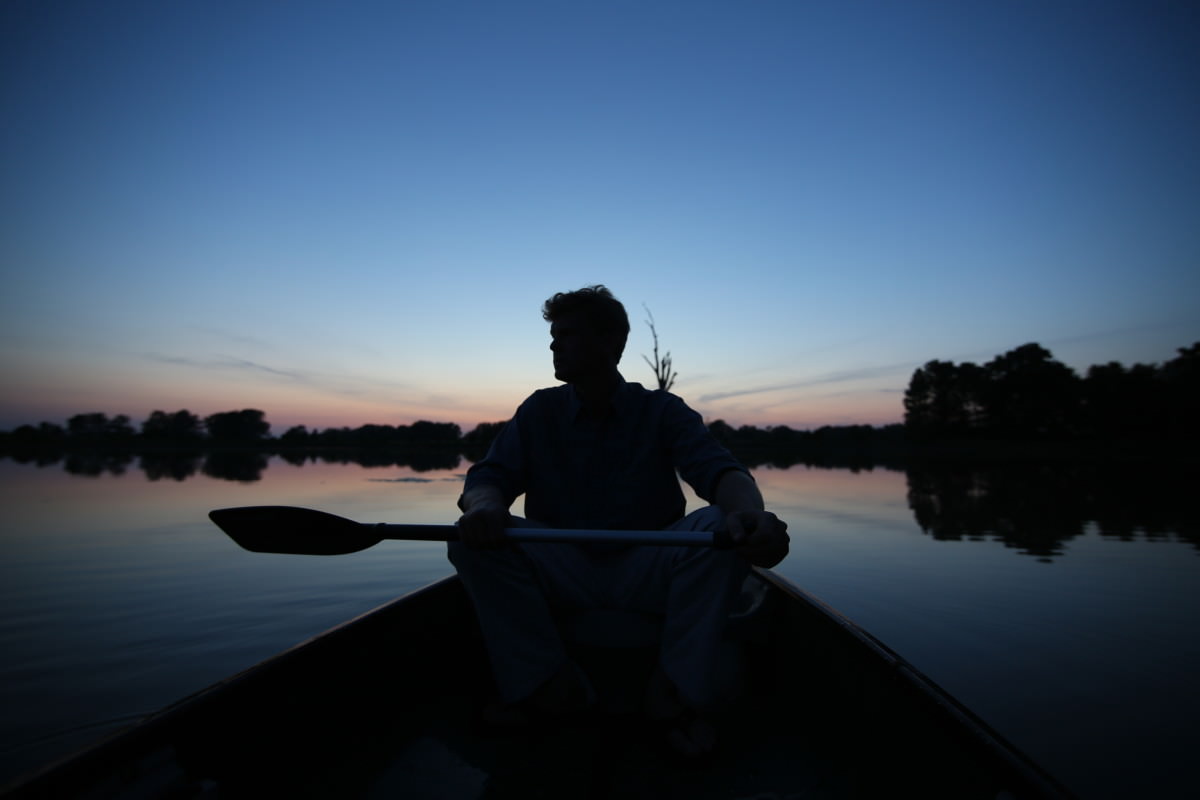 His sentiment is a perfect metaphor for how the 26-year-old hog farmer and his family treat the development of Home Place Pastures – the farm that he co-founded and leads as president. The farming traditions that defined the industry for years are slowly yielding to a new life that is taking root in the hog farming arena. When the first generation of five began their journey to work the land, the Bartlett family had a very different situation than Marshall. “The course of agriculture has changed significantly since then, but the place has always been a row crop farm,” said Marshall. “My grandfather was one of the first to plant soybeans here. Then we always had cattle, horses, mules – the traditional workhorses of the farm, before the tractor came around.” Today, Marshall carries on the tradition of utilizing the well-worked property for agricultural purposes, but is taking a new approach to hog farming and processing all around.

The connection to agriculture runs deep in the area, as raising pigs has been present in Southern Mississippi for generations. “Everyone around here used to have a pig in their backyard,” said Marshall. Kids grew up experiencing boucheries with pockets full of cracklins that left grease stains on their pants, butchering festivities and a deep attachment to pork as a prime source of protein. “I mean, we worked for him every summer, and we really formed that tight connection from the place,” said Marshall. “We wanted to raise pigs because their meat has such a value here and a history here.”

We wanted to raise pigs because their meat has such a value here and a history here.”

When he first took to farming, he didn’t know much about pigs since he grew up raising chickens and cattle with his father. His attachment to them grew stronger as he put in research, began to watch them interact with each other, and worked with them over time. “They’re just a pleasure to watch. They really have intense personalities,” he said. “It’s just the way they look at you. When they look at you, you can tell there’s more going on in their brain.” The appreciation for his pigs and their well-being is evident in his voice, the way he moves through the property, and ultimately how he delivers them as product to a new generation of chefs and diners that care about the product as much as the process.

“My dad started farming in the 60s. He was about 24 or 25 when he took over. They weren’t doing any GMO stuff back then, obviously none of that was around. Then he saw the advent of heavy chemicals. He’ll spit if you mention Monsanto, and really saw that the farmer in that system has no freedom at all,” said Marshall. “You’re at the mercy of forces you have no control over, whatsoever. These companies have a monopoly on the technologies, and your end value – the price of what you’ve produced – is completely dictated by the board of trade in Chicago, and there’s no connection to your end consumer. You just sell it to a merchant and who knows where it ends up.”

Marshall had this idea drilled into him as he grew up, listening to his dad say repeatedly that farmers “buy retail, sell wholesale, and pay the freight both ways.” This powerlessness caused Marshall and his older brother and sister to move away from farming altogether. They left Como, pursued undergraduate degrees, and it took them a while to look back. They’d watched the rule of “three bad years for every one good year” ring too true with their father’s farming business, and recognized the hardship that comes from trying to support a family. “When you’re making a living from the land that you live on, there’s a tight connection that’s pretty intense. Not to be too Southern gothic about it, but it’s real and it’s there and we all felt that definitely as kids,” he said. “Dad went from loving farming to doing something he dreaded every year, but it was something he had to do to support the family.”

“The industry alters the animal to have a super efficient production model. We change the production system to meet the needs of the animal. We give them all the space that they want, no unnatural supplements in their feed, and they’re fed non-GMO corn from the farm.”

Eventually, though, the Bartlett kids were hesitant to let the magic of their childhood home slip away. “We never wanted the farm to become this place that we come visit, that’s rented out or a hobby farm, because we’ve had that really intense connection to the place,” said Marshall. “So we all wanted that possibility to be there, but we didn’t know how to make it work.” Although Marshall wasn’t interested in becoming part of the grind that farming in the area was turning into – bigger plots with less people managing more acreage – he was determined to see it work out.

While doing an internship in the US Virgin Islands through the Sustainable Farm Institute, the inspiration for a change on his hometown farm struck. There he met a number of people struggling with the same things that his family was dealing with: How do we take this into the next generation? How do we take this into the 21st century in a way that’s good for the environment while also making a living?

“That was what I found so lacking in all of the local food stuff, just the practicality. At the end of the day, can you make this work financially where you’re not working 80 hours and week and making $20,000 a year?” asked Marshall. At his age, that’s feasible and manageable, but when you add a family to the mix, the time, money and numbers don’t add up. “Ultimately that’s what we’re trying to do now: Farm in a way that I enjoy doing and feel great about, but end up with a product that’s fine enough quality to get chefs all across the South excited about it and into it. And they should also trust us, come to the farm, and see what we’re doing.”

As he moves forward with his plan to make this process and approach sustainable, Marshall is exercising his creative freedom. “One huge difference – there are a lot of differences – and production methods aside, I market my final product directly to the end consumer. So I’m having to step into kitchens and make these relationships happen with chefs, versus loading all of my pigs up on a semi truck and hauling them off to Iowa.” This hesitation to let his hogs out of sight stems from his father’s situation with cattle farming. “You wean the calves, get them up to a certain weight, then send them off to a feedlot. That’s kind of the isolationist method that my dad had to deal with. You’re out here by yourself, you don’t have anyone to connect with you or your product.”

More from Bone & Seed: Tools of the Trade: Toby Rodriguez

For Home Place Pastures to make their methods work, they had to go out and sell directly to chefs. They move between multiple cities in the South, visiting New Orleans at least once a week to make deliveries. They see this as the greatest solution to their problem, which in turn builds a strong base of customers, chefs and people who have a direct relationship with the farmer that raised what they’re consuming.

“The industry alters the animal to have a super efficient production model. We change the production system to meet the needs of the animal. We give them all the space that they want, no unnatural supplements in their feed, and they’re fed non GMO corn from the farm,” he notes. “”The woods provide shade and they’re able to wallow, exhibit all their natural rooting and socials behaviors, and they’re healthy.”

Marshall is optimistic about where they’re going, and has faith in the longevity of their business. “Some skeptics say that we’re in the honeymoon phase, but I think that’s bullshit because we’re on menus, chefs are continually buying our product, we’re increasing customers weekly, and numbers are working out.”