An enterprising farm in Texas is shifting the economics of organic farming one feed mill at a time. 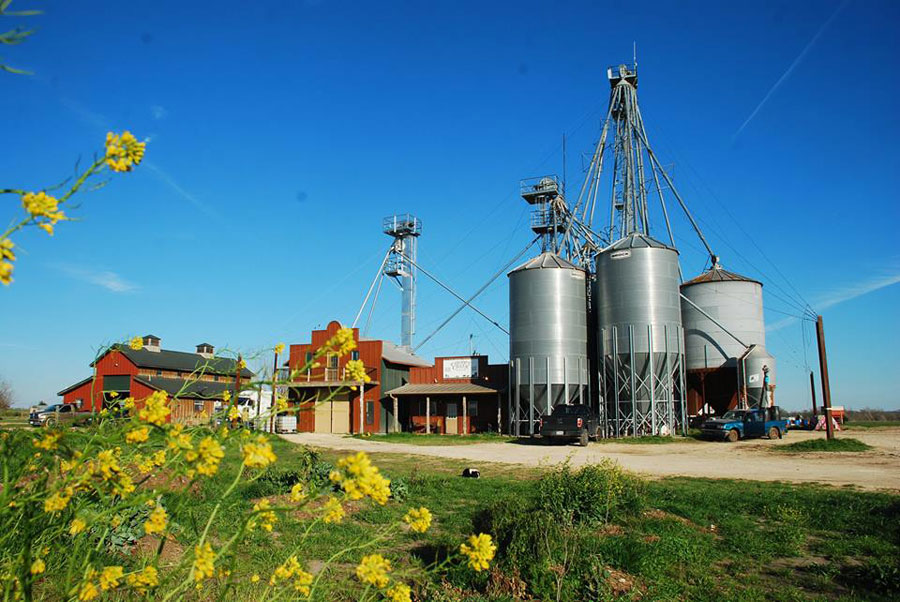 Organic foods comprise nearly 5 percent of food sales in the US, while organic farm acreage is only about 0.6 percent of total US farmland, implying that most organic food is imported – as far from local as you can get. Pesticide-free, local veggies are relatively easy to come by, but in the meat department, the organic label is much less common than “hormone and antibiotic-free,” which doesn’t require livestock to be raised on organic feed.

Ask any organic livestock farmer about their number-one challenge and you’re likely to hear a common refrain: Finding a reliable source of organic feed is tough, and it often involves shipping it in by the ton from far away, which makes it expensive – and not to mention carbon-intensive.

So, the steep price of organic chicken you see at the grocery store is largely a reflection of the high cost farmers pay to import the organic grains to feed those birds, an article on Bloomberg Business says. The Wall Street Journal notes that the large food conglomerates, who own most of the organic food brands found in chain grocery stores, are addressing the problem by offering farmers financial incentives to ramp up organic production of the ingredients they need – or even buying large conventional farms and converting them to organic. These are patterns that result in further corporate consolidation of the organic food supply (and, some would say, an erosion of the organic label’s integrity). But most mainstream media articles on the subject fail to mention that there are smaller, regionally-based organic producers who are taking a different approach to overcoming the organic feed bottleneck.

The steep price of organic chicken you see at the grocery store is largely a reflection of the high cost farmers pay to import the organic grains to feed those birds.

Cameron Molberg, co-owner of Coyote Creek Farm, a producer of pastured, certified organic laying hens and beef cattle outside of Austin, Texas, says the narrowest point in the organic feed bottleneck is caused by a lack of feed mills that process organic grains. “It’s an infrastructural issue,” he says, noting that mills are required to be certified organic by the USDA to process feed that will be sold with an organic label. The USDA’s rules are designed to prevent contamination of organic feed with conventional grains and are so stringent that existing conventional mills are reluctant to accept orders from organic farmers. “The amount of infrastructure and that you have to put into place to demonstrate to the organic inspector that a product has maintained its organic integrity through the system is cumbersome,” says Molberg. “So what would cost $35 to $40 a ton to process, ends up costing $100 to $150 to process.”

In 2007, Coyote Creek took a leap of faith and decided to open their own organic feed mill – the first in Texas and one of only a dozen or so in the United States. They began by selling on a small scale at local farmers markets, but have grown dramatically to keep up with demand; they’re now a regional supplier to Whole Foods Markets. Molberg’s confidence that feed mills are the crucial cog in scaling up organic livestock production is based on his own observations: “When we opened up the mill, organic dairy, egg, and broiler production skyrocketed in Texas,” he says. 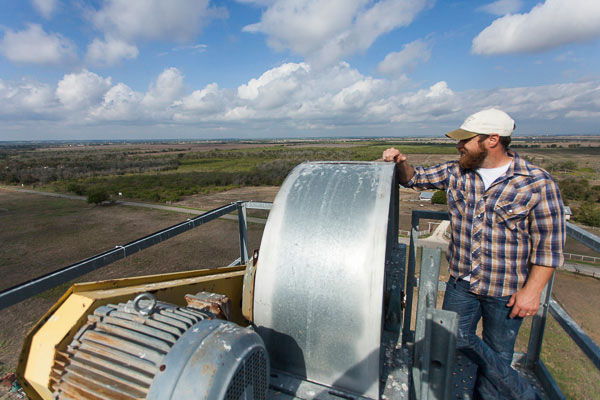 Calls from farmers seeking organic feed started flooding in from across the Southeast, where the next closest mill is a small operation in north-central North Carolina, near the Virginia border. Rather than sacrifice their ideal of acting as a regional Texas “food hub,” says Molberg, Coyote Creek is working toward opening a mill in Georgia. Slated for a site in Forsyth (a small town about an hour south of Atlanta), their new facility will be sized to serve farmers within a two- to three-hour drive, a radius that extends into parts of Alabama, South Carolina, and Florida.

“We know that a lot of the organic grain production is going to be coming from within a hundred miles south of us and that a lot of the pasture producers are going to be in a semi-circle from west to northeast of us,” says Molberg of the rationale behind the location. “So that’s a way to limit the freight cost of the grains on the inbound side and to mitigate either the time that the farmers have to spend on the road or the freight cost on the outbound side. A lot of growers are anxious for it to open so they can fully transition to organic production.”

Molberg estimates that freight fees for shipping feed from their Texas facility to Georgia would be about $200 per ton, which for chicken feed he says translates to roughly $1.50 to $2.00 per dozen eggs. Either the farmers or consumers – or a combination of both – must then absorb the inflated cost. “We’re trying to get organic products to all consumers, not just the rich or the elite,” Molberg says. “[Livestock] farmers have to be in regional proximity to a mill in order for [their products] to be cost-effective for both the producer and the end consumer.”

The unintended consequence of the [USDA’s] rule is that farmers are sometimes forced to supplement with conventional feed just to keep their animals from going hungry.

Another hidden economic risk for organic livestock producers stems from USDA rules that force farmers to provide exclusively organic feed to their livestock at all times. It’s a well-intended rule designed to weed out farmers who may be tempted to “cheat” by diluting their animal’s rations with conventional feed – which is typically about half the price of organic feed – in an effort to cut costs.

The unintended consequence of the rule, Molberg says, is that farmers are sometimes forced to supplement with conventional feed just to keep their animals from going hungry at times when organic feed is unavailable, or would have to be shipped from the other side of the country at astronomical rates. If a herd goes off organic feed, the farmer loses the price premium on the products that come from it, tipping their balance sheets into the red. The closer a farmer is to the source of their livestock feed, the less likely the bottleneck effect will slow their feed supplies from a trickle to an intermittent dribble – an assurance that, in theory, should encourage more producers to transition to organic methods.

So what’s it cost to build a feed mill? “About an arm and a leg, three years, and $2.1 million,” says Molberg. If all goes as planned, the organic feed drought in Georgia and adjacent states should start to subside by the middle of next year, when the new Coyote Creek facility starts pumping. Backyard hobbyist farmers will also benefit, as a long list of feed stores in Georgia have already committed to carrying Coyote Creek products in 50-pound bags, which Molberg says will retail for around $28 each. Organic blends will be available for chickens, ducks, rabbits, turkeys, cows, pigs, goats, sheep, fish and – for any burgeoning organic insect farmers out there – Molberg says they have a new cricket feed in the works.