As USDA certification celebrates its 25th anniversary, the organic community takes stock of its triumphs thus far - and the challenges to come. 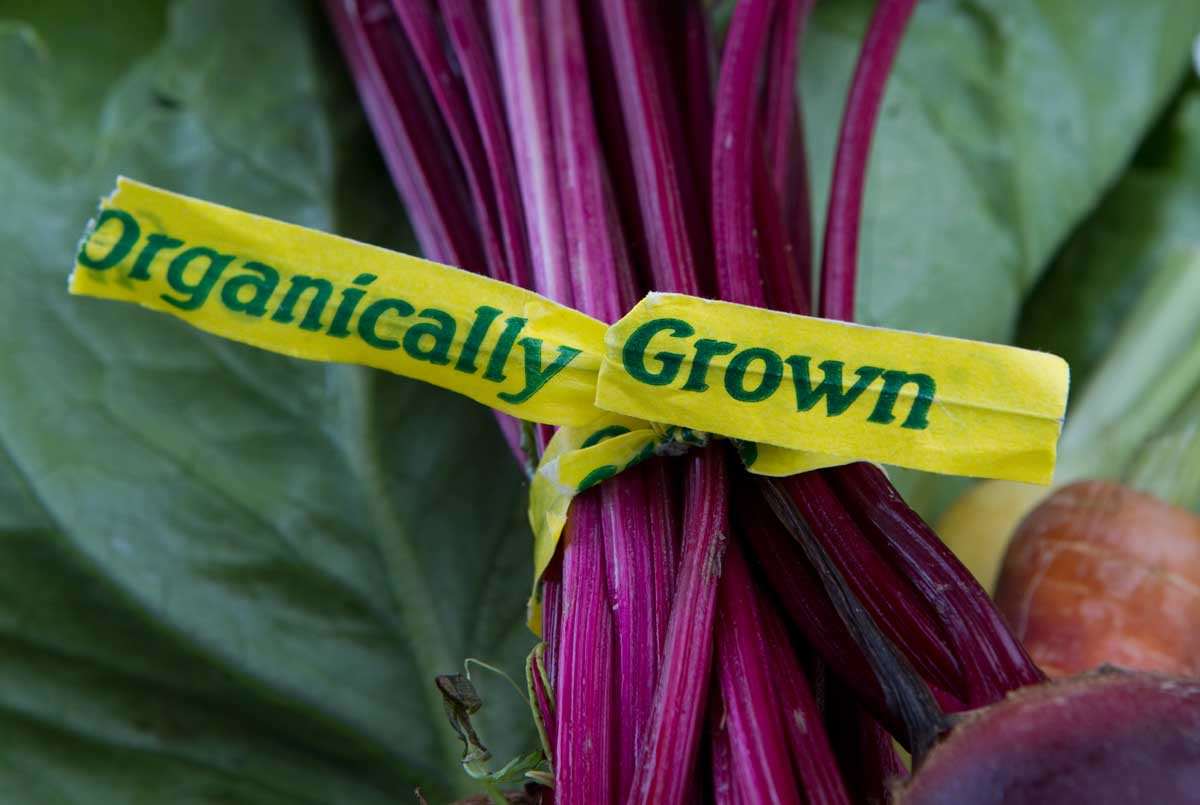 But with all its success, the national organic program has weathered its share of challenges. Modern Farmer was invited to participate in a virtual press conference yesterday, held by the Ohio Ecological Food and Farm Association in honor of the milestone, where a panel of organic movement veterans reminisced about the long, and often turbulent, journey thus far and shared their hopes for the future of the National Organic Program.

“It was a classic David and Goliath story,” recounts Kathleen Merrigan, former U.S. Deputy Secretary of the USDA, who was asked by Mark Lipson of California Certified Organic Farmers (CCOF) to help draft a national organic standard, which would replace the patchwork state-level organic standards that existed in the late 1980s. Organic food was becoming increasingly popular in the general public, leading some large conventional growers to take an interest – folks whose interest seemed to be motivated more by profit than by organic principles.

“There was a concern that the standards would get watered down,” says Merrigan, who ultimately prevailed in shepherding the OPFA through the halls of Congress at the behest of a nationwide coalition of organic farmers and certifying agencies. “This was tough for the organic community because they had not been treated well by the USDA historically … but there was a sense that [OPFA] was necessary. It was interesting that a community of folks, who historically were distrustful of government, actually came to government’s door for help.”

Though the law was signed in 1990, it would be 12 more years before the rules governing organic practices were sorted out and implemented. This was largely due to a massive backlash against three components that were included in the new national standard, but that few people outside of large food corporations thought had any business being there. The use of sewage sludge, irradiation, and GMOs were all permitted in the original wording of OPFA, but after receiving more than 325,000 public comments – mostly in opposition to these three practices – the USDA caved in and reworded the final rule, which was finally published in 2002.

That was only the first in an ongoing series of battles concerning exactly what should and should not be allowed under the organic standards, resulting in the labyrinthine rulebook that organic farmers must follow today. It’s on par with the tax code in terms of its heft and complexity. “Back then, the organic standards were just two sides of an eight-and-a-half-by-eleven sheet of paper,” says Mike Laughlin, of Northridge Organic Farm in Johnston, Ohio, who was one of Ohio’s first certified organic farms under the new federal standards. “Now they’re more like a telephone book.”

“To move forward in the future with organic, it’s going to be imperative that we devote more money to funding organic research.”

The original proponents of the national organic standard – mostly small, diversified organic growers – got the recognition and legal protection they were after, but ironically, having a unified code with the weight of the federal government behind it gave large corporations exactly the opening they needed to enter the market and take advantage of the growing demand for organic produce. The industry has exploded in an exponential growth curve that would make any Wall Street capitalist sit up in their chair: Sales of organic products in the US have risen more than tenfold from $3.6 billion in 1997 to almost $40 billion in 2014. Costco recently rose above Whole Foods as the nation’s top organic retailer.

While organics have grown from less than 1 percent of total US food sales in 1997 to nearly 5 percent today, the organic industry receives a disproportionately smaller share of public funding for research and development than the conventional food industry. “To move forward in the future with organic, it’s going to be imperative that we devote more money to funding organic research,” says Abby Youngblood, executive director of the National Organic Coalition, noting that the USDA currently allocates just 0.1 percent of the budget for its flagship research program, the Agriculture Food Research Initiative (AFRI), for organic farming research. “We have identified a long list of organic research needs,” she says. “We know that farmers are going to need seeds better adapted to our changing climate, and better adapted to systems of organic production, and we know that we’re going to need new ways to control pests and disease that aren’t reliant on chemical inputs.”

A huge chunk of the organic food flying off the shelves of Costco and other large retailers is imported from overseas.

It’s not just research dollars that don’t match the tremendous sales growth of the organic industry: The number of acres in organic production has barely budged since the USDA started keeping track of them in 2002. In 2012, when the most recent agricultural census was conducted, the number of organic farms in the US was just 0.6 percent of total US farm acreage. In other words, a huge chunk of the organic food flying off the shelves of Costco and other large retailers is imported from overseas. According to a recent global survey of organic production, North America ranks 5th, ahead of only Africa, in acres of certified organic land. In Italy, 10 percent of agricultural land is certified organic, compared to 0.6 percent here. India has more than 650,000 organic producers compared to less than 13,000 in the US.

Merrigan says the discrepancy between demand for organic goods in the US and domestic supply is certainly not for a lack of enthusiastic young people who want to start organic farms, but there is a high cost threshold for new farmers to enter the market:

“We want to grow our own home base of organic farmers, but that requires bringing on the next generation of American farmers…and they are facing huge capital costs. Many of them are not hailing from the farm, but are college graduates wanting to go to the land and be a young entrepreneur, and they all of a sudden find the price tag of what an acre costs and what a combine costs and that sort of thing. But if there is anything that should be a call to arms in this next decade moving forward, it is to find a way to put those young people on the land. To me it just cries out opportunity, opportunity, opportunity. We know that there is a market for them to sell to.”

Besides the capital costs involved in farming, which are a reality that both conventional and organic growers face, labor costs are a particular concern to organic farmers, who rely largely on human power for weed and pest control, rather than chemicals. In this regard, it’s hard to compete with places like India, where wages are a fraction of what they are in the US. It will be a steep row to hoe for organic farmers in the US to keep up with demand, but it’s a worthy challenge for the next 25 years.