Before buying a farm and raising her own meat animals, Courtney was a butcher. 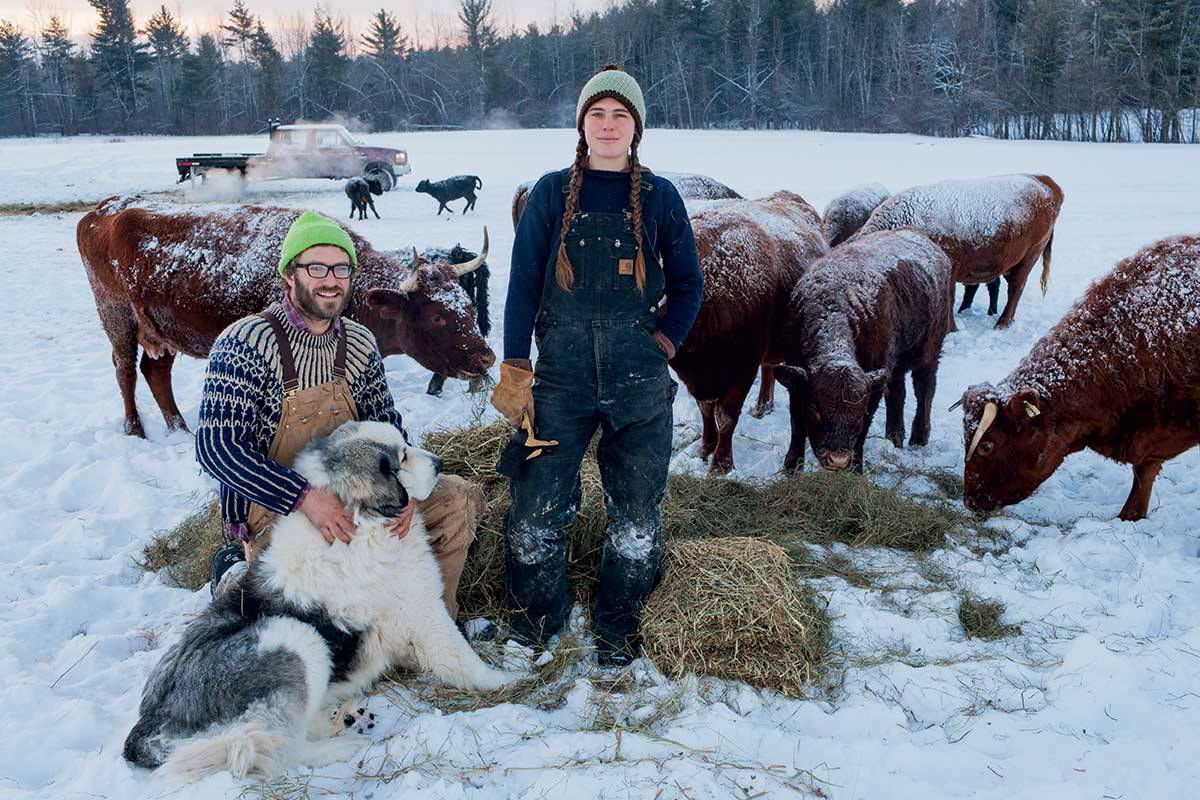 For Courtney Grimes-Sutton and her husband, Asa Thomas-Train, the choice to focus on livestock was an obvious one – and not just because their fields’ poorly drained clay soil proved inhospitable to crops. She worked as a butcher before the couple bought 125 acres in the Ausable River watershed. So they don’t just raise Devon cattle, Katahdin sheep, chickens, turkeys, and pigs; the couple also cuts and cures the meat. As for why they settled upon this particular property at the base of Mount Trembleau: “Asa’s nonpragmatic criteria included being able to hike in the mountains where he grew up,” explains Grimes-Sutton. “That’s his definition of home.”

She and Thomas-Train supplement the diets of their pasture-raised animals with whey from two local creameries and spent barley from the brewery across the street. And they keep the business going through winter, when area farmers markets close for the season, by offering home delivery, driving hours each week during the colder months. Grimes-Sutton doesn’t resent the grind. “It’s a privilege to work in small-scale agriculture,” she says. “I never trip over confusion about what we’re doing, why we do it, or the function our end product serves.”