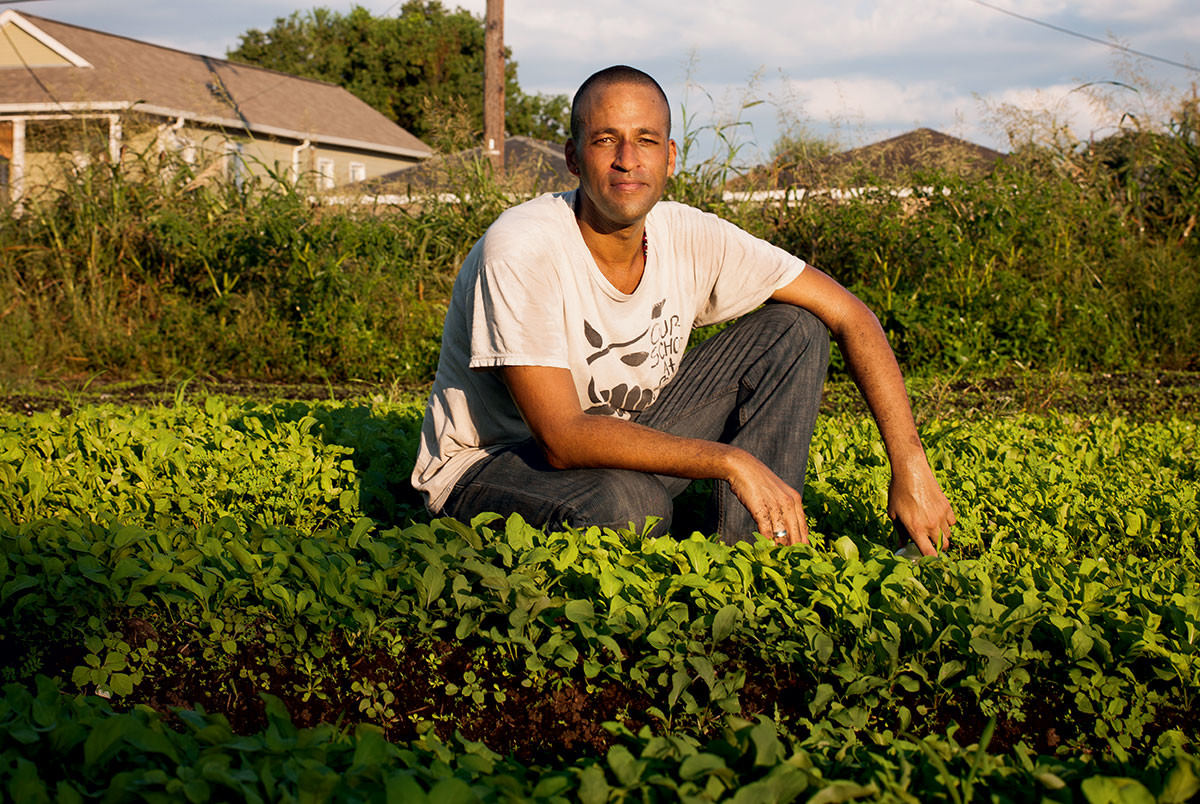 A former New York City social studies teacher, Nat Turner may have left the confines of the classroom when he relocated to New Orleans in 2008, but the activist never abandoned his goal of educating urban youth. “There were no after-school activities in the Lower Ninth Ward,” explains Turner of his decision to establish a half-acre learning farm in the Katrina-ravaged neighborhood, on the site where the local Blair family once operated a grocery store.

Each of the high school students who works alongside him earns $50 a week and gains experience that brings book learning alive, using math, say, to calculate yield and plot size. Some of the harvest winds up on the menus of Emeril Lagasse and John Besh. “We strike a balance between selling to chefs and to our neighbors,” says Turner, 43. “Sometimes, I have to explain, ‘We’re growing arugula because French Quarter restaurants buy it.’”

Though most of the program’s participants find their own way to Turner, he also accepts teenagers sent by judges who “would rather sentence juveniles to time with us than send them to jail. It didn’t seem like anybody else had a plan for these kids.”