Think this staple was at the first Thanksgiving table? You're probably wrong. Here's how it made its way onto our turkey-day plates. 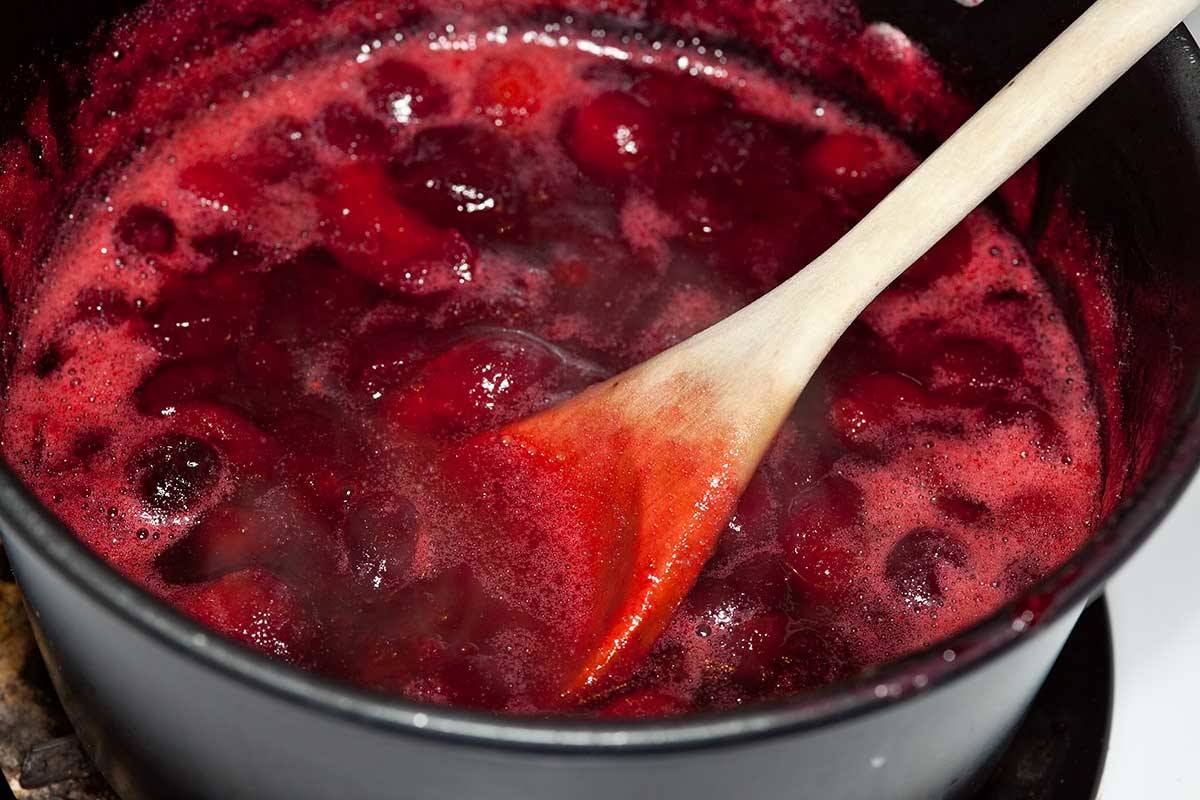 “The pilgrims and Wampanoag Indians would have had other things: potentially fish, and the three sisters,” she says, referring to corn, lima bean, and squash, staples of the Wampanoag Indian diet that they passed along to the English along with much-needed agricultural skills.

“We know from a few first-hand letters that there were strawberries and gooseberries as well,” says White.

“The cranberry wasn’t something the English took to immediately,” says White. “I’ve read that the English thought they looked like a bug larvae they knew from England.”

Their tunes changed by the end of the 17th century. Cranberry expert and author of The Cranberry: Hard Work and Holiday Sauce Stephen Cole told National Geographic that the English were used to making sour fruit sauces to serve with meat. Why not make do with local fruit to make something similar?

By the early 19th century, English settlers were cultivating the stuff in the States. The first agricultural census noting cranberry acreage – 197 acres to be exact, in Barnstable County, Massachusetts – was in 1854. Production spread to farms on the opposite side of the country by the 1880s.

Plenty of crops are cultivated, though. Many, like cranberries, are native to the States. So, how did a sauce made from cranberries become a staple of the Thanksgiving feast, on a national scale? “In 1864, General Grant declared that cranberry sauce was to be served to the troops for their Thanksgiving festival,” says White. “That played a big part.”

Grant’s declaration came just a year after Lincoln’s 1863 proclamation that the last Thursday in November would be observed as a national day of thanksgiving.

The Hayden Cranberry Separator, patented in 1905, helped, too. The machine revolutionized the cranberry industry: It sorted and washed 10,000 pounds of cranberries per day, saving hours of human labor. Just a few years later in 1912, a lawyer-turned-cranberry farmer named Marcus Urann began canning the product for the first time in history.

And, in canning it, Urann sealed cranberry sauce’s fate: a staple, now with added shelf life, to be enjoyed for many Thanksgivings to come. And here we are.