Like a FarmVille-CSA mashup, this Japanese game lets players reap what they sow. 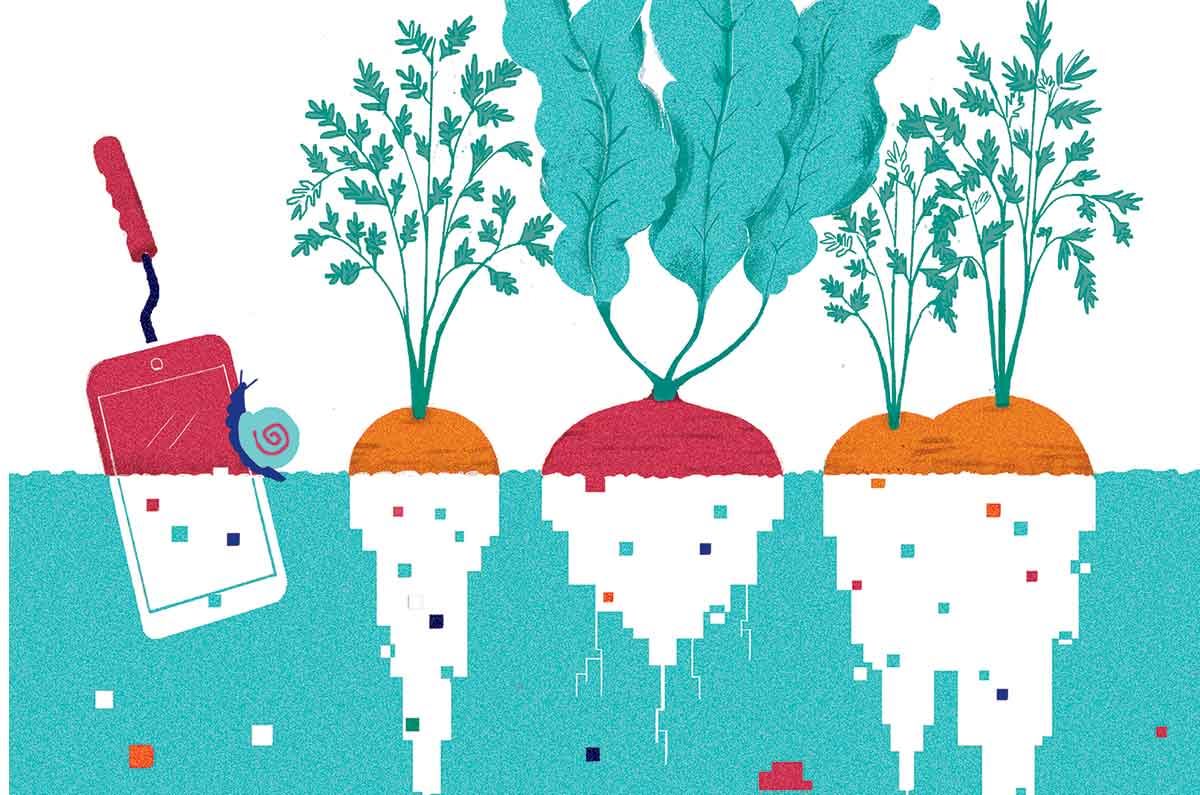 Its web game, Enkaku Noujyo (“Remote Farm”), lets players plant cartoonish fruits, vegetables, and grains in virtual dirt – at which point real-life versions get put into the ground at an actual farm. When a user waters the in-game crops, a farmer does the same to the living ones. Should the produce survive the season (including problems posed by weather, bugs, and animals), the resulting harvest is delivered to the user’s doorstep.

Enkaku Noujyo builds serious investment in day-to-day gaming habits, and not only because there’s real food at stake. After a free trial period, participants have to pay for the privilege: 500 yen ($4) per month to rent a small parcel of land for each crop, plus the same amount for each initial seed pack. Monitor the crops well and reap the rewards of watermelon, turnips, bok choy, and more. Slack off, and the quality and size of the harvest may suffer.

Telefarm’s innovation seems unlikely to cross the Pacific: Even the concept feels better suited to Japan’s smaller living spaces (most of which lack gardens) and its thirst for eclectic, experimental activities. But who knows? Maybe a Western company will replicate the approach here, helping to turn American players’ button-mashing thumbs into green ones.