This former surf bum grew up romping through his uncle's vineyard, and now has a wine label to call his own. 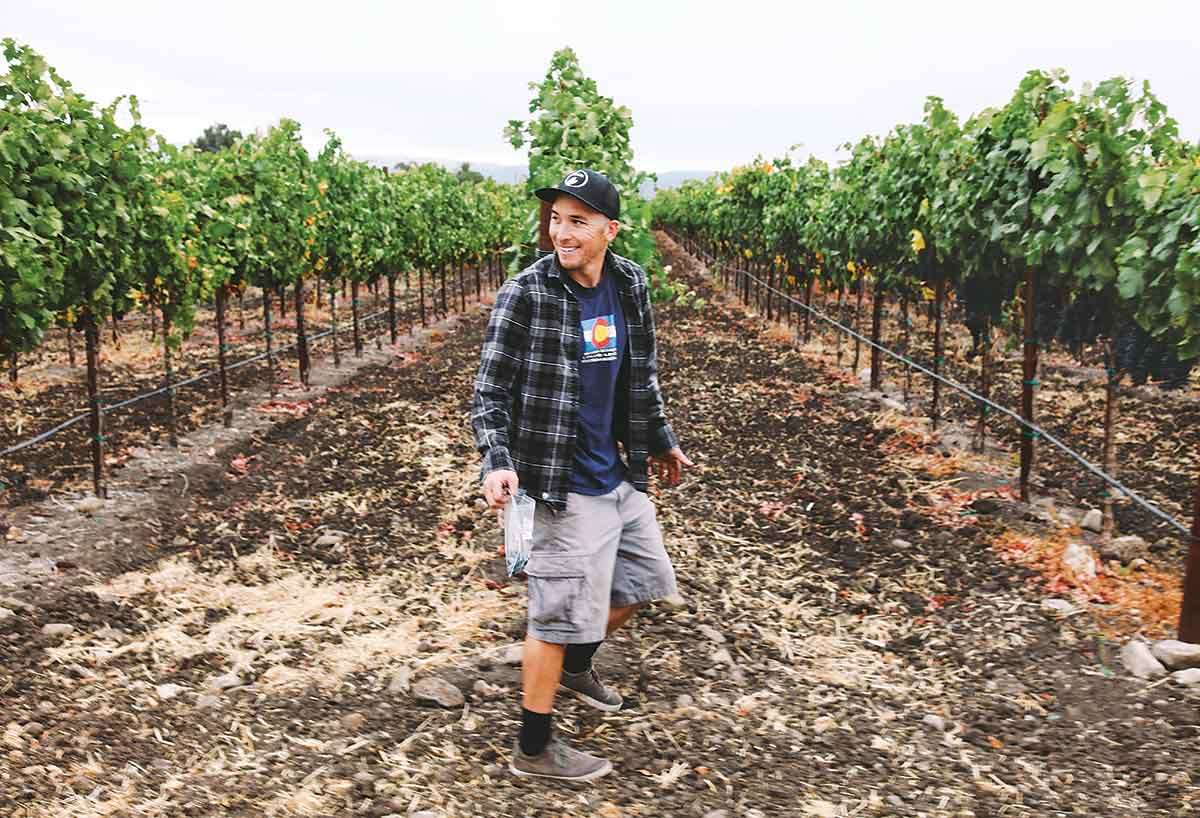 Kenny Likitprakong’s critically acclaimed Cabernets, Grenaches, and Zinfandels come by their freewheeling moniker honestly. A former surf bum, Likitprakong spent his twenties “drinking cheap Bordeaux and sleeping on beaches.” But that’s not the only reason he named his company Hobo. The winemaker doesn’t own a single acre, instead sourcing grapes from 40 different vineyards along the Northern California coast, from Santa Cruz to Mendocino.

Which is not to suggest that Likitprakong, 40, is afraid to get his hands dirty. He plants and tends thousands of vines on 18 leased acres in Santa Cruz and Sonoma counties, and keeps a sharp eye on quality control everywhere else. “I see 15 to 20 vineyards a week during harvest. It’s important that the agricultural views of the people tending the vines line up with mine,” says the California native, who grew up romping through his uncle’s Sonoma vineyard. “If you have great grapes, you can still screw it up. But if you don’t have great grapes, you’re never going to turn them into gold.”

Plus: Are you a Modern Farmer? Show us with #iamamodernfarmer!

Popular
7 Smokable Plants You Can Grow That Aren’t MarijuanaBrian Barth
How to (Actually) Get Rid of Fruit FliesEmily Baron Cadloff
What to Do With an Abundance of PeppersShelby Vittek
6 Differences Between Llamas and AlpacasAndrew Amelinckx
Yes, the Government Really Does Stash Billions of Pounds of Cheese in...Emily Baron Cadloff
Explore Modern Farmer
Related
Food & Drink, MTMF
Meet the Former Chefs Growing Restaurant-Driven Produce in Suburban AlbanyKerri Sullivan
Plants
This Seed Detective Travels the World Tracking Down Lost CropsEmily Baron Cadloff
Environment, Plants
Making the Case for IntercroppingShea Swenson
MTMF
Meet the Modern Farmer Helping Immigrant Farmers Sell Their ProduceBridget Shirvell
wpDiscuz
We use cookies on our website to give you the most relevant experience by remembering your preferences and repeat visits. By clicking “Accept”, you consent to the use of ALL the cookies.
Cookie settings ACCEPT
Privacy & Cookies Policy