"Climbing ladders with two 20-pound bags of apples is better than any gym,” says the 71-year-old. 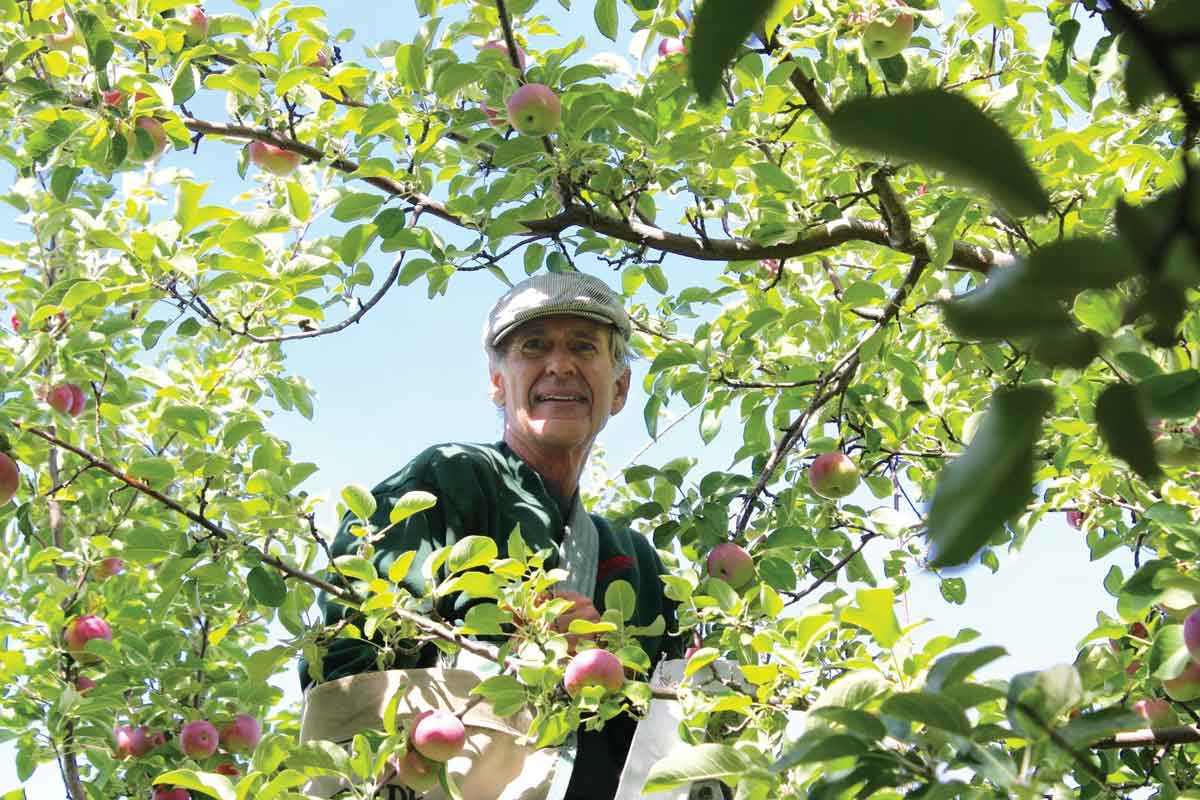 John Ross’s family started farming in Montana shortly after it became a state. In 1951, his dad planted 50 apple trees in Clark’s Fork Valley. Some 30 years later, Ross returned home after stints as a lawyer in New York City and Washington, D.C. “Maybe I’m just more of a guy who doesn’t love traffic,” he explains. “I often say to myself, ‘God, I’m glad I left the rat race.’”

To extend the harvest season from late August to early October, Ross grows 16 different apple varieties, including Spartan and McIntosh, and handpicks about 3,200 pounds of fruit each year. “Climbing ladders with two 20-pound bags is better than any gym,” says the 71-year-old, who also does all the pruning. “I can’t paint a picture, but I’m damn proud of some of these trees when I get through pruning them. They’re works of art.”

Ross is currently collaborating with Montana’s Red Lodge Ales Brewing Company on a line of hard ciders, while also developing a succession plan. He’s come up with a litmus test for anybody courting one of his two twentysomething daughters: “The first question for the guys is, ‘Are you interested in apple orchards?’”

Plus: Are you a Modern Farmer? Show us with our #iamamodernfarmer campaign!

Popular
7 Smokable Plants You Can Grow That Aren’t MarijuanaBrian Barth
How to (Actually) Get Rid of Fruit FliesEmily Baron Cadloff
What to Do With an Abundance of PeppersShelby Vittek
6 Differences Between Llamas and AlpacasAndrew Amelinckx
Yes, the Government Really Does Stash Billions of Pounds of Cheese in...Emily Baron Cadloff
Explore Modern Farmer
Related
Food & Drink, MTMF
Meet the Former Chefs Growing Restaurant-Driven Produce in Suburban AlbanyKerri Sullivan
Plants
This Seed Detective Travels the World Tracking Down Lost CropsEmily Baron Cadloff
Environment, Plants
Making the Case for IntercroppingShea Swenson
MTMF
Meet the Modern Farmer Helping Immigrant Farmers Sell Their ProduceBridget Shirvell
wpDiscuz
We use cookies on our website to give you the most relevant experience by remembering your preferences and repeat visits. By clicking “Accept”, you consent to the use of ALL the cookies.
Cookie settings ACCEPT
Privacy & Cookies Policy