Farmers’ Guilds: Building a Sharing Economy Down on the Farm 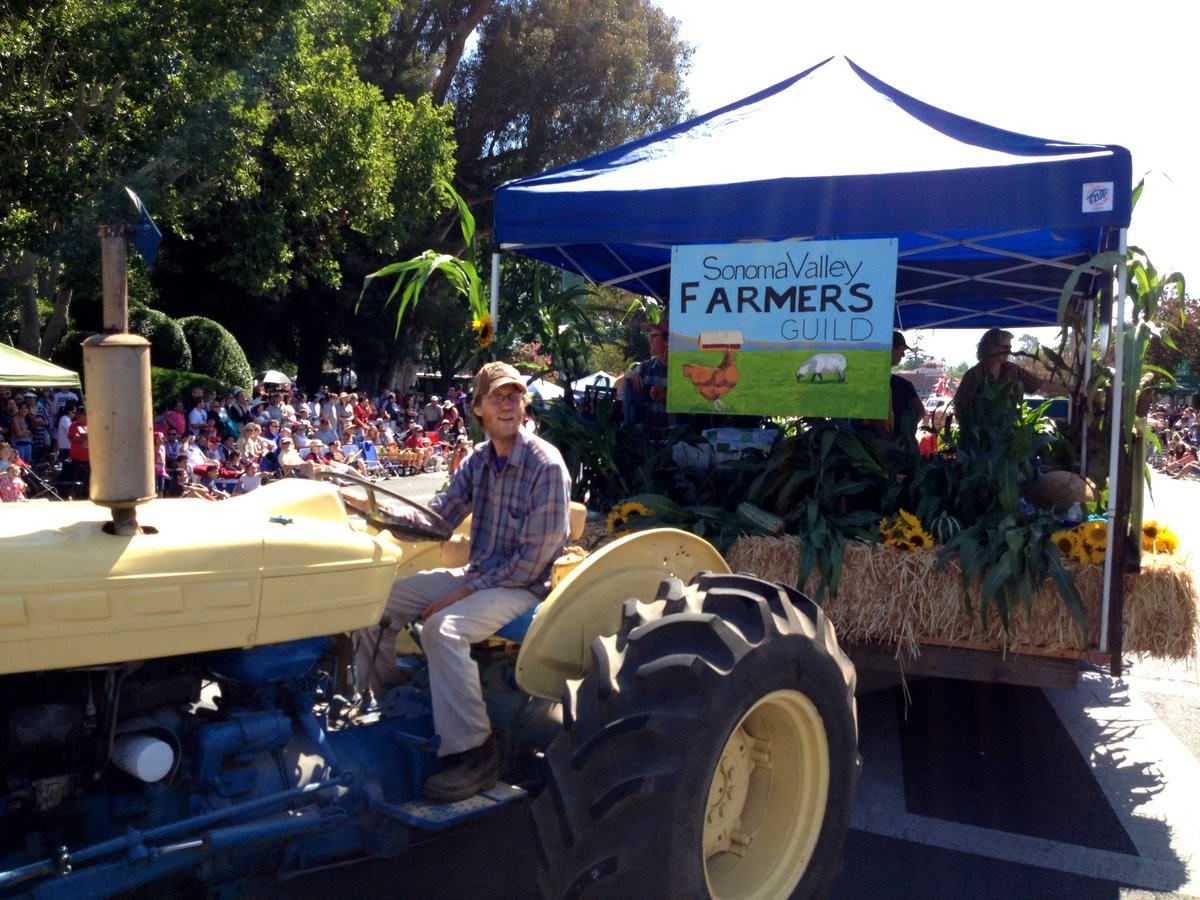 “Meatloaf Mondays” were born, and became a time for the young farmers to chat about everything on their minds, from feed-store prices, potential farmers market collaborations, and chicken-coop blueprints. Soon other young farmers and ranchers joined, and the weekly event “took on a life of its own,” says Wiig, until there were so many people showing up they “couldn’t fit around the kitchen table anymore. We couldn’t fit them in our house.” They ended up canceling the event due to its size but people kept on coming and calling.

“We realized there was this need for a place for farmers to get together and build community. Having the chance to talk with other farmers who know what it’s all about is such a valuable service,” says Wiig.

So, they created The Farmers Guild, a series of local coalitions of farmers and ranchers who get together once a month to share resources, talk shop, exchange ideas, and build community.

Wiig, the organization’s executive director, says the guild is open to anyone, but they “have a focus on new and young farmers and in particular those farmers who are looking to do things differently with an ecological approach and an interest in local food systems and food justice.”

Wiig, in a phone call from a car heading to a Farmers Guild training near Sacramento, tells Modern Farmer that the organization is mainly about creating “social capital” for first-generation farmers who, unlike those who are from farming families, don’t have the “ability to call up an uncle and borrow a livestock trailer or the ability to call up their grandma and find out when it is time to plant asparagus.”

Today, there are ten guilds across Northern California that provide training and other resources to “give farmers the knowledge and skills they need to make a transition to sustainable agriculture in a way that helps with food access,” Wiig says.

“We realized there was this need for a place for farmers to get together and build community.”

Several thousand miles away and a few years earlier, a similar organization was born in Bloomington, Indiana. The Local Growers’ Guild began in 2004 with a handful of farmers, restauranteurs, retailers, and other community members who organized to educate the public on the importance of buying local and sustainable farm products, and to support each other in their endeavors.

Eleven years later, the Growers’ Guild has more than 150 members located from “the tip-top north of the state and all the way down to the south and everywhere in between,” says Cheryl Carter Jones, president of the board for the organization, and includes not just farmers but a variety of community members invested in the local and sustainable food system.

The makeup of the Local Growers’ Guild is a mix of young and older folks as well as first-timers and those who come from farming families. Jones herself is an eighth-generation farmer who recently returned to agriculture after a career as a business consultant. She now grows 40 different varieties of berries, among other produce, on close to 11 acres in Columbus, Indiana. “We have a recognizable percentage of people who have been in corporate America. They’re hitting their 50s and are tired of the rat race and are now farming,” she says.

The Local Growers’ Guild and Farmers Guild aren’t the only two examples of these sharing communities: There a similar example in Northern Michigan, as well as others across the country that may not specifically using the term “guild,” but are providing the same type of services for mostly young, first-time farmers and ranchers, including Greenhorns and The National Young Farmers Coalition.

While much of the impetus behind the guilds isn’t actually new – The National Grange of the Order of Patrons of Husbandry that has been around for nearly 150 years was founded on many of the same ideas – these newer coalitions are typically made up of smaller, direct-to-market farmers and most are either certified organic or practicing sustainable methods.

Both Wiig and Jones say that the granges in their areas didn’t provide exactly what they were looking for. Jones says her local grange, where both her parents are members, is mostly a social organization, while the Local Growers’ Guild is “more active in our trade.” She pauses, and adds, “everything goes through an evolution.”