Chef Tom Colicchio Gets Roasted for a Great Cause

Top Chef's Tom Colicchio takes the hot seat Oct. 26 at the second annual Chef's Roast to benefit two organizations that are changing the food system for the better. 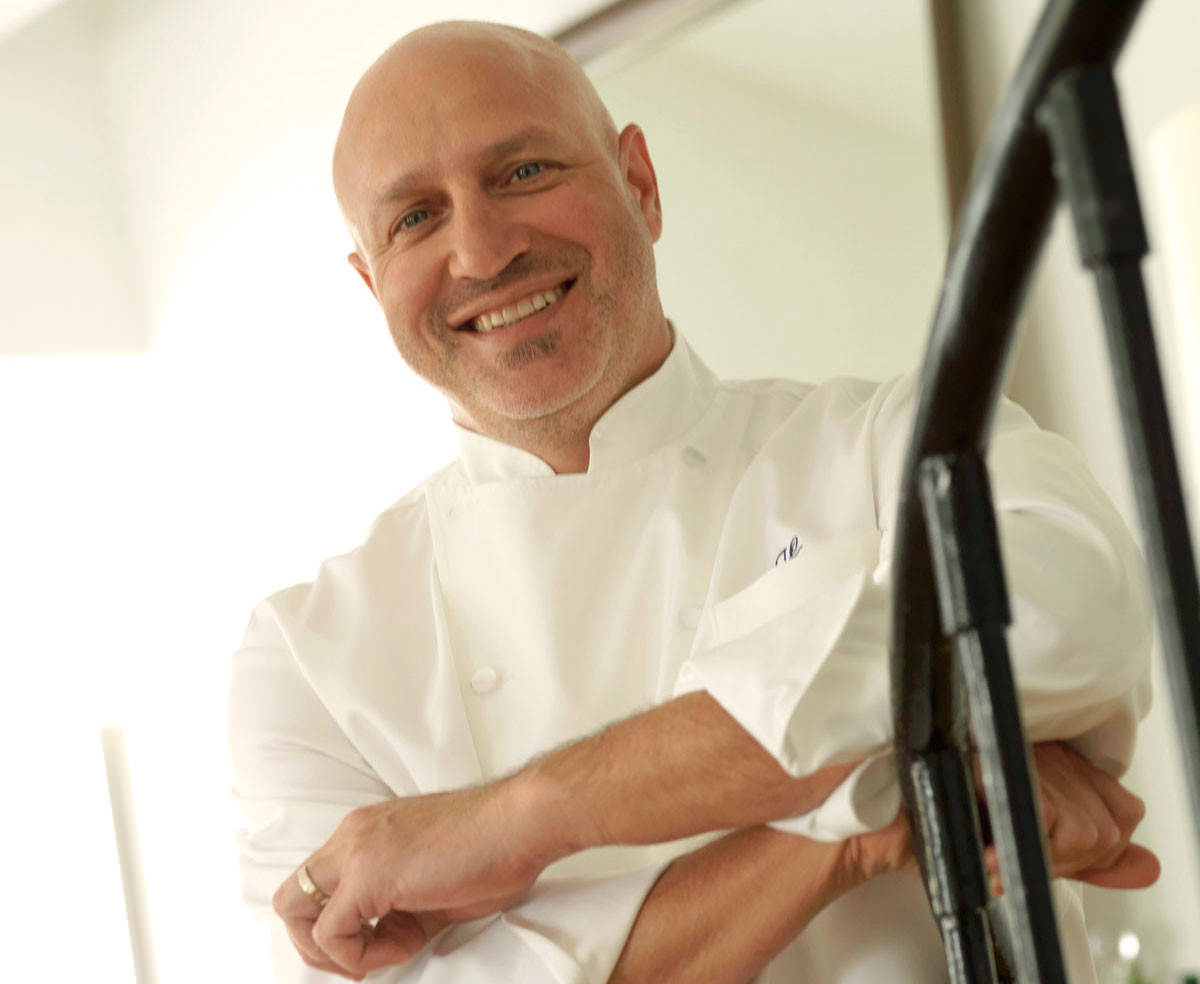 The event, hosted by Alex Wagner, an MSNBC correspondent and host of NOW With Alex Wagner, will include Padma Lakshmi, host of Top Chef, and others. While the evening promises to be lighthearted and full of Colicchio-centered jabs, there’s a serious side as well: The event benefits the Chef Action Network and Food Policy Action, two organizations committed to changing food policies and building a better and more equitable food system.

Eric Kessler, the event’s chair, tells Modern Farmer in an email that from “the beginning, the Chef’s Roast was envisioned as a way to highlight chefs who are hard at work trying to change our food system,” not only by what they are choosing to put on the plate but also by what they are doing outside the kitchen.

Colicchio has a long history of social and political activism, and he has been outspoken on such issues as the use of antibiotics in livestock, GMO labeling, and improving anti-hunger policies in the United States. In 2012, he cofounded (and is on the board of) Food Policy Action, an organization that helps hold legislators accountable on food- and farm-related policies. The organization has a National Food Policy Scorecard, which reports on how members of Congress voted on critical food legislation.

“There was no better choice of an honoree this year than chef Tom Colicchio,” Kessler says. “He’s the new MSNBC’s Food Policy Correspondent, the Food Policy Action Scorecard is recognized as the only accountability tool when it comes to food policy, and he is using his voice in the big conversations about labeling, food waste, and school lunch.”

Kessler says they are “excited to honor his voice and vision” and recognizes Colicchio’s ability to reach across party lines. “There aren’t many people that could get Democrats and Republicans in the same room this year, but he’s doing it,” he says.

But this year, the focus is on public policy. “We have a bipartisan host committee made up of a dozen members of Congress. We’re honoring Senators Patrick Leahy (D-VT) and Thad Cochran (R-TN). We are really bringing the food policy conversation to Washington, D.C.,” says Kessler.

Additionally, the Chef’s Roast culminates in a National Day of Advocacy involving more than 50 chefs from 30 states who will be in the nation’s capital to meet with the Obama administration and more than 100 members of Congress and their staffs. Leading chefs from across the country will also be taking to social media to advocate for a just and sustainable food system using the hashtag #chefslead.

“They are going to be talking about the need for Congress to take action on providing quality school meals for kids. It’s an exciting component of the Roast and we are all really proud to be a part of it,” says Kessler.

If you’re in the D.C. area and want to attend the Roast, which will be from 6pm until 9pm ET on October 26, tickets start at $500 and are available online here.