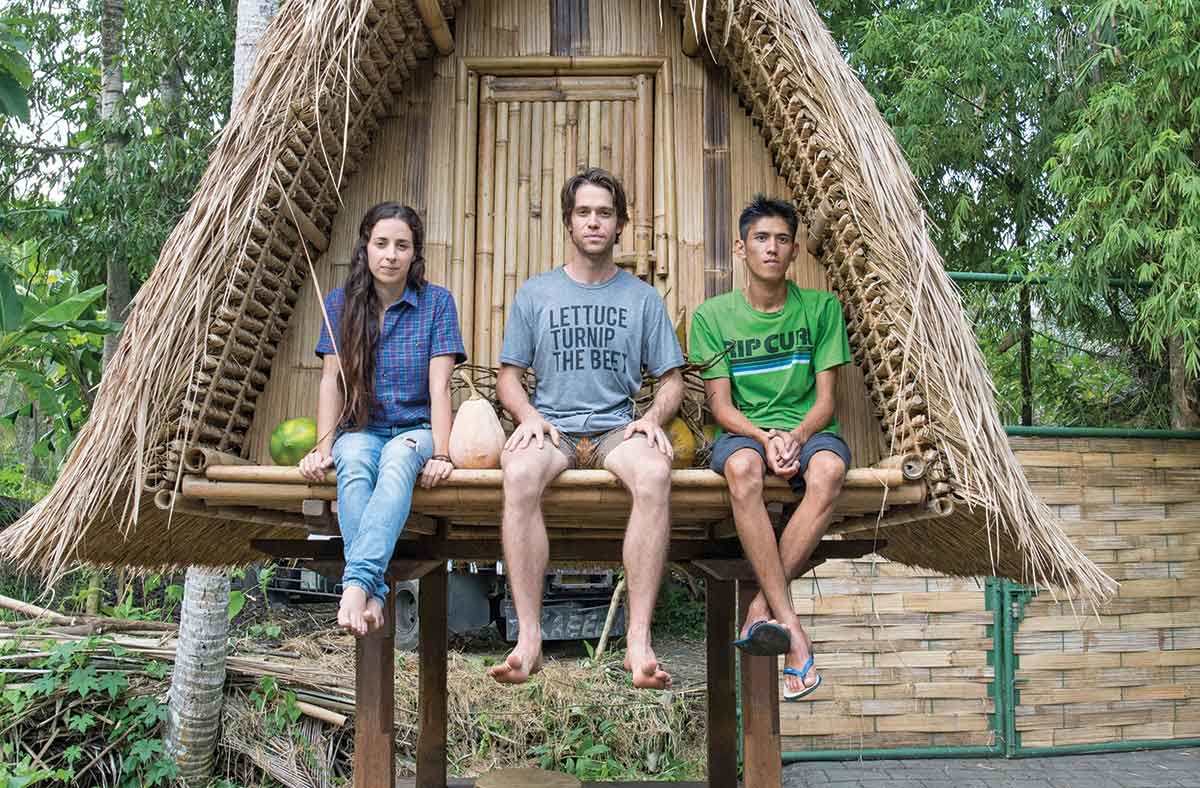 Orin Hardy (center) gets why his Indonesian neighbors are baffled by his career choice. “I’m a white guy from a relatively wealthy family, and I’m growing food in a place where people farm only when they have no other option.”

Hardy, whose father and stepmother founded Bali’s eco-friendly Green School in 2008, studied sustainability at The Evergreen State College in Olympia, Washington, before returning to Southeast Asia three years ago. With start-up capital from a Green School parent, he leased two acres, which supply the school with papayas, basil, coconuts, and Thai eggplant. Hardy recruited his Malta-born girlfriend, Maria Farrugia (left), and their Balinese pal Made Gojing (right) to help with the farm.

The trio recognizes the hard truth about agricultural finances, so they’ve expanded beyond fruits and veggies to host farming workshops and will soon begin hawking garden supplies online. “Young people here don’t see a future in farming,” Hardy says of Bali’s tourism-driven economy. “But I don’t see a future without farming.”