How Edyn is Leading the Ag Tech Movement

This agricultural technology startup has been doing some growing of its own. 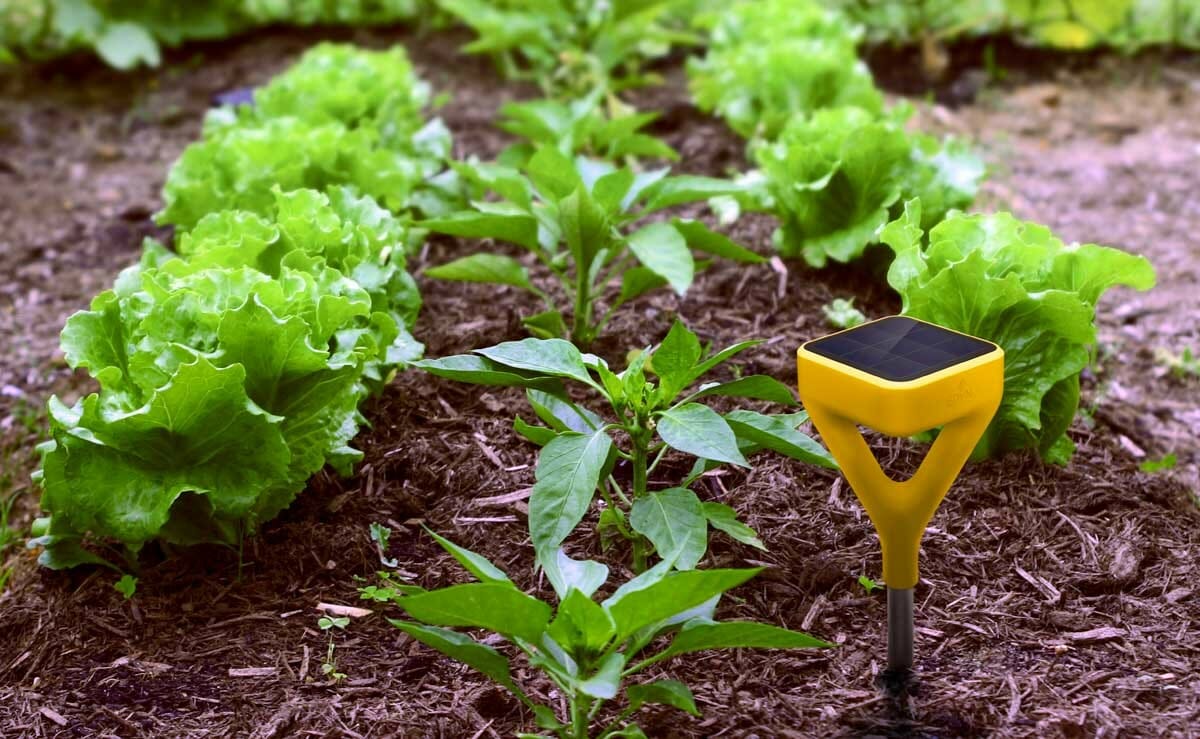 “I think the agricultural tech industry is doing well because it’s been overlooked for awhile. I think that’s really going to change and it’s going to continue to grow,” says Jason Aramburu, Edyn’s founder and CEO. “It’s still a very small percentage of farms that are using this kind of technology. There’s something like 700,000,000 acres of cropland in the U.S. alone. There’s a lot of room for growth.”

Last year alone, the industry grew by 170 percent and had more than $2.36 billion in investment, according to the website TechCrunch. In May, Steve Case, the co-founder of AOL, wrote in the Washington Post that the “third wave” of the Internet was about to break and companies would be taking on “some of the economy’s largest sectors,” including agriculture. Besides Edyn, there are other companies in the growing garden sensor product arena, including Parrot and Koubachi.

Aramburu admits he was amazed at how well Edyn’s Kickstarter campaign went.

“We were really surprised,” he tells Modern Farmer. “Traditionally, agricultural products don’t do so well on Kickstarter. They generally don’t break $100K. We hit that goal in about three days. We’re the most successful agricultural tech product on Kickstarter [to date].”

But with success comes change. Aramburu says moving from concept to retail is “a totally different animal.” Since with Kickstarter “you can start shipping units as soon as they’re available” while in retail, you “typically have to negotiate those deals a year in advance from when the product launches.” But, he says, “it’s been really exciting getting into retail, getting early feedback, and optimizing based on feedback.” Edyn’s Garden Sensor is now being sold at The Home Depot for $99.97 and sales have “really exceeded our expectations,” according to Aramburu.

Edyn’s solar-powered Garden Sensor and Water Valve (available this fall for $59.99) connect to your home wifi network and communicate with Edyn’s servers multiple times per minute. The system sends live information via a smartphone app about your soil’s nutrition and moisture, plus the humidity, temperature and sunlight, and lets you know the best time to water. It can also tell you the best types of plants to grow based on the information it collects. The water valve hooks up to your existing watering system and delivers the right amount of water to your plants without wasting a commodity that seems to be getting more precious every day.

“The system identifies, based on the sensor’s data, the time in your particular location when it’s optimal to water. Generally, that’s a time of low temperature, high humidity and low light so most of the water stays in the soil,” says Aramburu. “The sensor helps conserve water because it’s actually measuring the soil’s moisture. It can tell you if your soil moisture is too high or too low for what a particular plant needs to grow.”

Aramburu says “overwhelmingly, people over-water” their plants and believes the problem is that it’s “easier to water your plants every day if you’re doing it by hand. It’s hard to remember to water every four days or every three days or whatever the requirements are,” but that this practice wastes water.

As an ecologist, Aramburu should know. The idea for the product came about when he was working with small farmers in Kenya with the Bill and Melinda Gates Foundation, during which he realized there was a need for an inexpensive soil sensor product.

What does the future hold for Edyn? Aramburu says the company hasn’t publicly announced any new products yet, but recognizes it’s currently serving “a very small percentage of the overall irrigation market. But we do see an opportunity to serve all of it in the very near future.”