Here are five duck attack videos that will leave you quacking, we mean quaking, with laughter, fear or both. 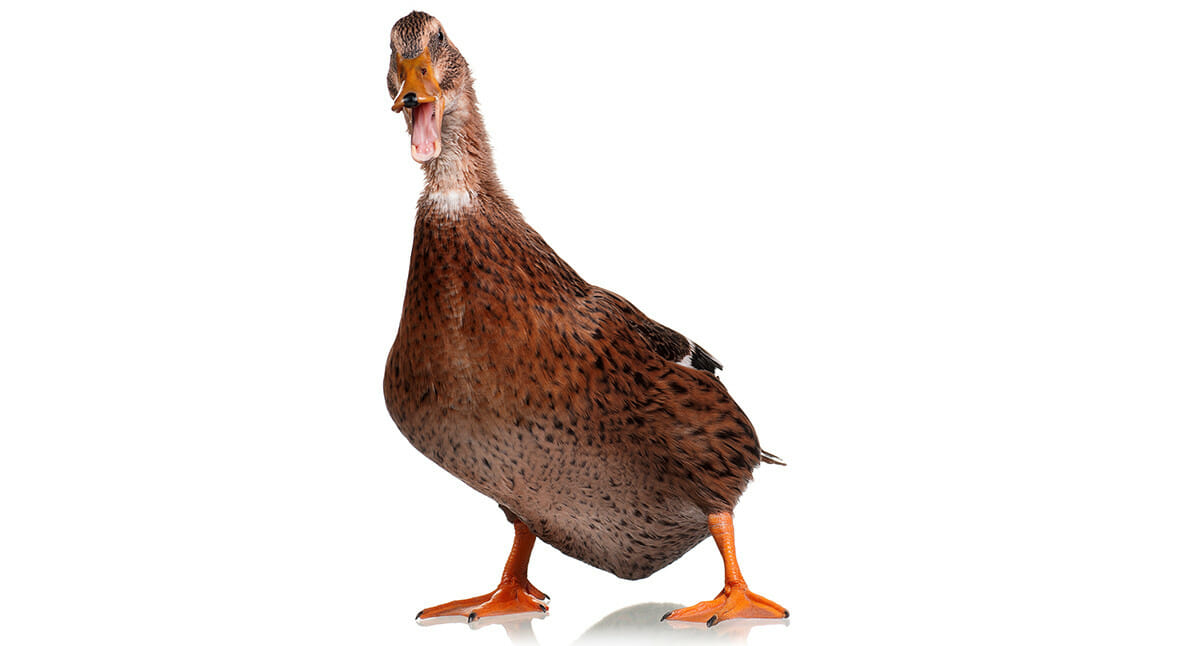 It seemed like a good idea at the time. A young mother sits on a blanket in a park with her baby and begins to feed a badling of ducks, but the humans are quickly swarmed by the hungry fowl. The mother then makes the questionable choice of giving her child a piece of bread. One bold duck rips the tempting treat from the child’s hands and the scene ends in tears – human tears, not duck tears (ducks don’t cry).

Sometimes people actually get what they deserve. If there’s one thing we hate, it’s someone who bothers animals (or other people for that matter) without provocation. In this video, an annoying woman gets her thrills by scaring a bunch of ducks for no apparent reason, but one brave Pekin duck fights back, chasing the now terror-stricken human out of the park.

This guy at least has the sense to be wary of waterfowl, but he is definitely tempting fate by being so close to this disturbed duck. When the bird attacks the man dives for cover, but the beatdown continues until he flees in his vehicle.

In a Star Wars-themed duck video, a brace (fleet?) of ducks comes marching onward with steely determination, but where are they headed and what are they seeking? We’re hoping it’s not the destruction of the Rebel Alliance.

This is perhaps the cutest duck attack ever caught on film. A wee duckling nips the face of a guy with a passing resemblance to Shaggy of Scooby Doo as they lay in bed together.