Tales From the Duckside: The REAL Story Behind Owning #BackyardPoultry

Here's a tip: Do not raise ducks inside your house. 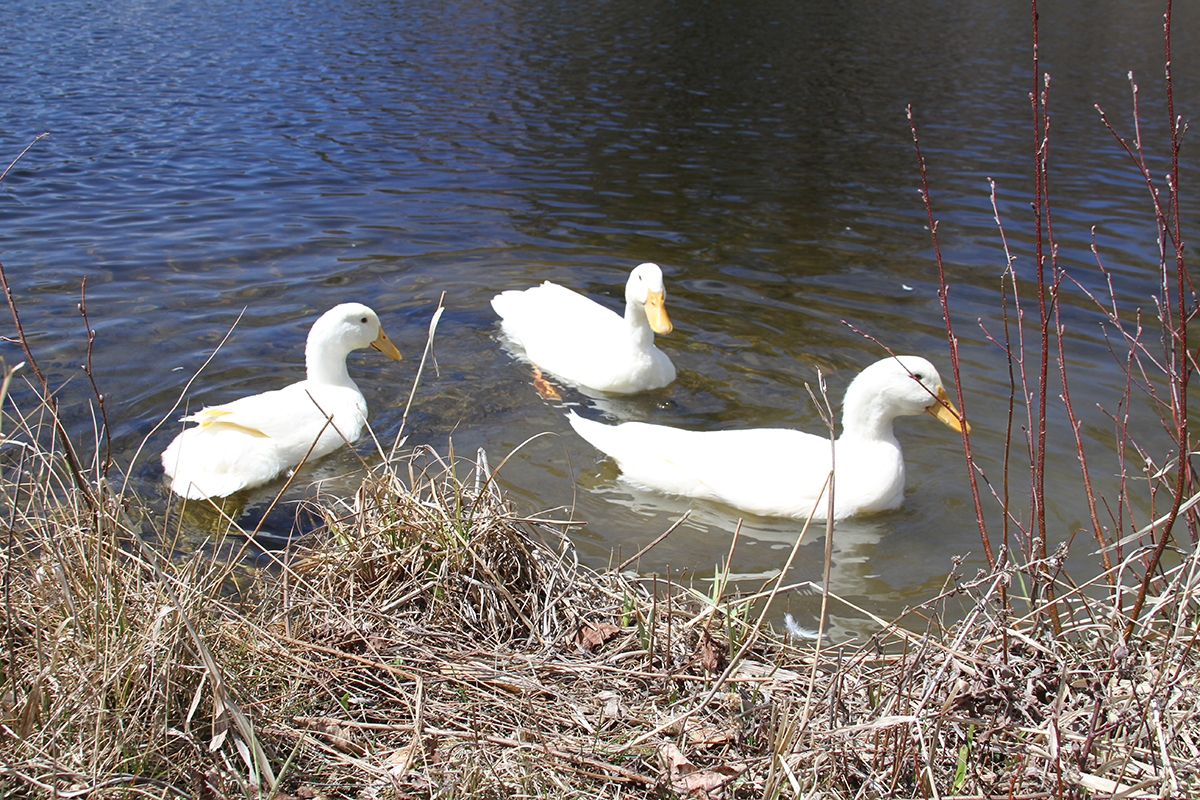 It all started when I traded my sanity for $7.47 (that’s $2.49 each) and brought home three fluffy white ducklings from my local Tractor Supply store. Tractor Supply sells hopes and dreams wrapped up in tiny little chicks and itty bitty ducks.

Tip #2: Hopes and dreams soon grow, and smell, and quack. 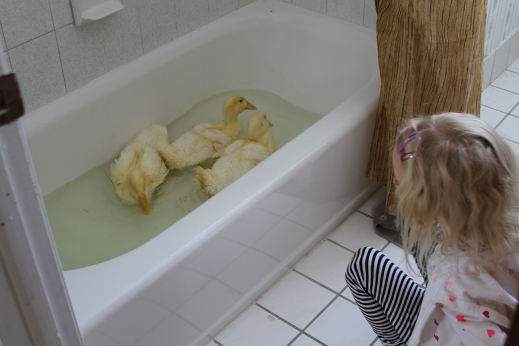 Fun at first, but soon a tiring nightly event

I’ll admit the ducks were an impulse buy, but after going through a hard winter and 16 feet of snow, we were ready to embrace anything that illustrated that warmer days were ahead, even if it meant a lot of midnight quacking. My daughter held the box filled with wee ducklings on the drive home and we soon settled our new family members into life indoors, which they might have possibly hated. There was a lot of quacking – and I mean a lot – in the early hours when regular outside ducks would be asleep, but I try not to think that they were bitching about me behind my back. Around 2 a.m. nightly, the ducks would start up with what sounded like construction work interspersed with squabbling. While my daughter managed to sleep through the racket as only a 6-year-old can, my husband and I would lay in our room, listening to the ducks going on and on. “WHAT are they doing in there?” I would ask my husband in exasperation.

We initially dubbed them “The Quackers,” but soon came to simply refer to them as “loud and obnoxious.” 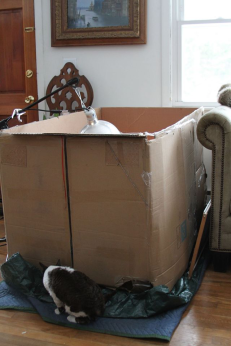 A perfectly sane addition to any living room.

Our family debated our decision every evening, especially following the nightly tub time, which included cleaning the ducks and then the bathtub. The only benefit of the new routine was that I had a really clean bathroom. Each night I would frantically look at my watch, turn to my husband and say, “I’ll go fill the tub.” His job, whether he wanted it or not, was to catch each duck as it ran in a panicked circle within its close quarters, walk the 15 feet to the bathroom and deposit it into the tub.

Their indoor living quarters was a refrigerator box, but they still managed to soil the entire thing within 24 hours, making our living room smell like a mix between a barnyard and a fetid pond. Because it was still too cold to open windows, the smell festered inside.

We had plans to outfit their new digs in straw on top of cheap vinyl flooring (as all of the helpful duck coop message boards suggest we do that so as to not absorb any water they may bring in), but at the time, we scooped out the murky pine chips and lined the box with fresh ones each night. That way the ducks, fresh from an hourlong soak in my tub, could be relatively clean until they again wreaked havoc on the box interior.

Sitting up in bed, once again awake in the middle of the night thanks to the ducks, I could see the snow blanketing our backyard illuminated under the full moon. Buying ducklings when it was still winter was a naÁ¯ve mistake. Buying ducks with nothing constructed coop-wise – or any ideas of how exactly we planned to construct something – was stupidity.

A few weeks later, the weather finally warmed up enough for the snow to begin melting, which meant that the duck coop construction could begin – and not a moment too soon! Thanks to our recent duckscapades, our tub seems to be perpetually covered with a ring of duck-related muck and it drains much more slowly than it once did.

While there are countless websites, message boards and books out there on coop design – the selections range from geodesic domes to storybook village – we opted for a minimalist, modern design comprised mostly of found wood and broken down pallets. We bought two windows for $20 each off of eBay and we purchased the rest of the wood for the doors and framing at Home Depot. My husband built the entire coop over the course of several weekends. 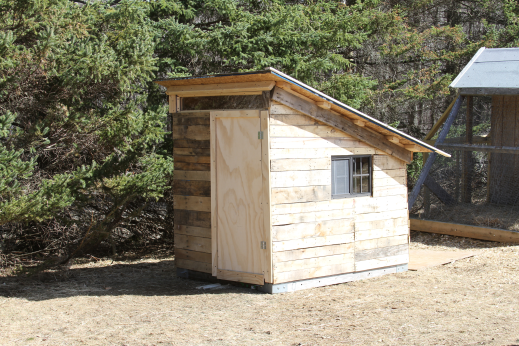 Finally completed, I started talking the ducks through their final days in our house. “Okay, guys, it’s time. Time to venture outside and get the hell out of my house! Yahoo! Celebrate!”

While I worried about the ducks during their first night alone, I also relished the quiet of my living room, thankful that three eight-pound ducks no longer ruled my mornings or evenings. In fact, the trio could not have been happier bobbing in the pond during the day and spending their nights in the comfort of an insulated coop.

My only hope is that next spring I don’t have another bout of amnesia. What would be next, a goat in the house?

Popular
How to (Actually) Get Rid of Fruit FliesEmily Baron Cadloff
7 Smokable Plants You Can Grow That Aren’t MarijuanaBrian Barth
What to Do With an Abundance of PeppersShelby Vittek
Goat Sex: Everything You Wanted to Know But Were Afraid to AskAndrew Amelinckx
6 Differences Between Llamas and AlpacasAndrew Amelinckx
Explore Modern Farmer
Related
MTMF
Meet the Modern Farmer Helping Immigrant Farmers Sell Their ProduceBridget Shirvell
Food & Drink, Plants
In Awe of the PawpawDanny Childs
Animals, MTMF
Paddleboarding Goats Make a Splash on Prince Edward IslandNoah Lederman
Animals, Environment
Ugandan Farmers Embrace Maggots as Solution to Fertilizer ShortageShea Swenson
wpDiscuz
We use cookies on our website to give you the most relevant experience by remembering your preferences and repeat visits. By clicking “Accept”, you consent to the use of ALL the cookies.
Cookie settings ACCEPT
Privacy & Cookies Policy