The United States Supreme Court has handed down some major decisions recently; the two biggest were granting the right for same-sex couples to marry anywhere in the country, and the ruling in favor of Obamacare. Besides these historic decisions, there was another that's being hailed as important for property rights and the raisin industry. 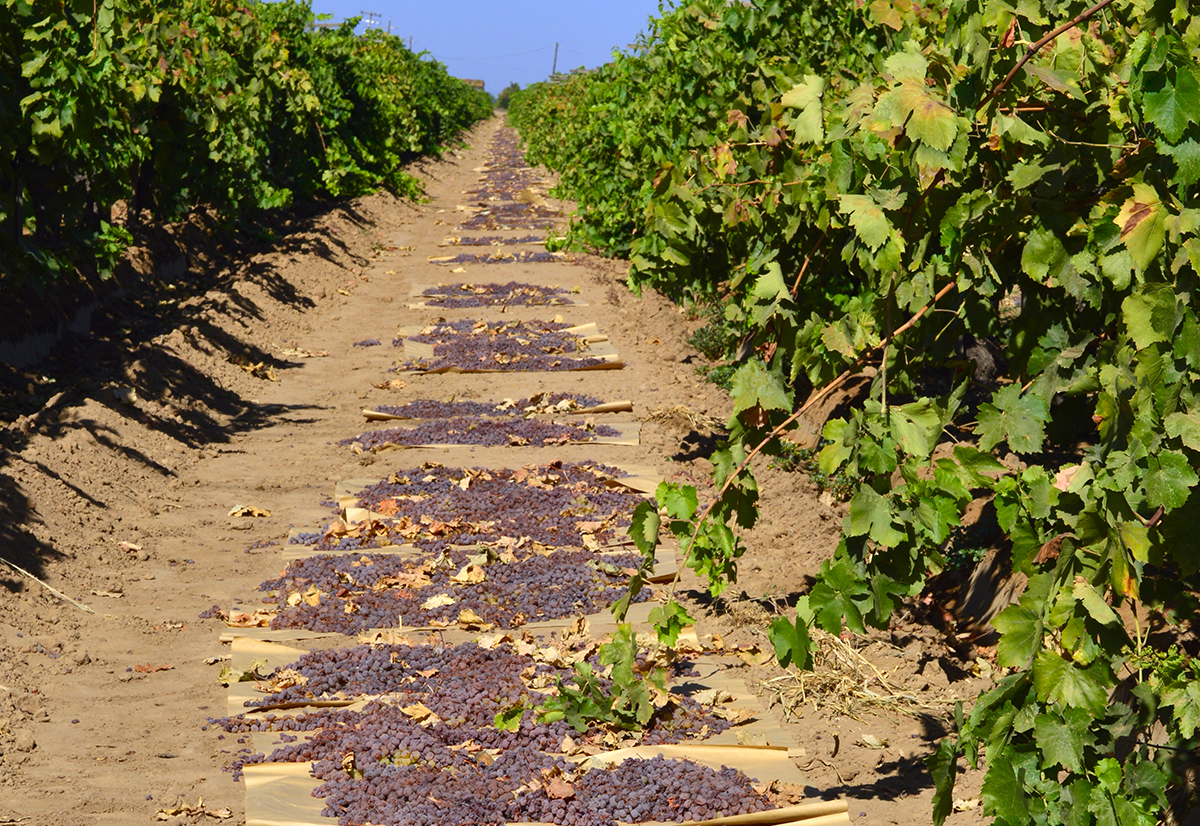 It all began with a raisin grower bucking a federal system that’s been in place since the 1930s. The United States Department of Agriculture’s California Raisin Marketing Order, a Depression-era program that began in 1937, was put in place to stabilize raisin prices. A board of private raisin producers would meet every year to determine by a two-thirds margin if a percentage of each grower’s crop should be set aside in order to maintain stable crop prices. The Department of Agriculture would then adopt the decision into law. The surplus raisins, for which the government did not pay, would then be used for various federal programs, exports or for charity, according to NPR.

The raisin producers would receive a portion of the net proceeds from the surplus, often amounting to less than the cost of growing the grapes, or nothing at all.

In the 2002-2003 season, the government ordered raisin growers to set aside 47 percent of their crop. Marvin and Laura Horne, raisin growers and packers in Kerman, California, near Fresno, refused to play ball. When the government sent trucks to the Hornes’ facility to pick up the raisins, the Hornes refused them entry. In response, the federal government ordered them to pay $480,000 (the fair market value of the raisins) and a more than $200,000 fine, according to the court decision.

The Hornes fought the federal government on the issue, and the case eventually made its way to the U.S. Supreme Court after a challenge to a Ninth Circuit Court of Appeals ruling.

On June 22, in an 8-1 decision, the Supreme Court agreed with Marvin Horne that the supply management system violates the Takings Clause in the U.S. Constitution’s Fifth Amendment. The court also set aside the more than $480,000 the government had assessed against the Hornes. The majority also found that there is no difference between real and personal property, as the Ninth Circuit had contended there was. Real property is land and items permanently attached to it, while personal property is pretty much everything else.

“No more will they take our raisins and not pay for them,” Marvin Horne told Reuters. “It’s been tough for us having this cloud over our heads. Now we have been vindicated.”

Many raisin producers don’t see it that way. More than 1,600 of them from California had joined the USDA to defend the program. They say the Hornes are “free riders” who evaded the rules and also benefitted from the higher prices those rules guaranteed, according to the LA Times.

Whether the Supreme Court decision will dismantle the federal Marketing Order in the raisin industry is still an open question.

“The decision could possibly spell the end of the current system, but in principle, all it means is that the government will have to pay compensation for the fair market value of any of the raisins that are taken this way,” Ilya Somin, a law professor at George Mason University, tells Modern Farmer in a phone interview. “I’m not sure if going forward the Department of Agriculture has authorization from Congress to pay compensation in these cases and if they don’t have that authorization, than in order to keep this program functioning, they might need Congress to pass a new law, which of course could happen, but doesn’t seem tremendously likely.”

According to Somin, who was involved in an amicus brief in the case, if the Supreme Court had come down on the side of the Department of Agriculture, it “would have had very dangerous implications for all sorts of taking cases and property rights.” He says the decision has prevented personal property from being “vulnerable to uncompensated taking” and also points to the Court’s move toward “beginning to take Constitutional property rights more seriously.”

Justice Sonia Sotomayor was the lone dissenting opinion in the case, agreeing with the Ninth Circuit Court that because the raisin producers sometimes receive compensation for the product, the USDA’s seizure didn’t qualify as a true taking.

Somin, who has blogged about the case for The Washington Post, says it’s “a bad argument. It’s a little like saying there isn’t a taking if the government seizes your house, sells it, and gives you 5 percent of their profits from the sale of the house. The fact that they give you some compensation in no way means your property wasn’t seized in the first place.”

In the end, it may be a moot point as far as the raisin industry is concerned. The federal government hasn’t ordered any raisins set aside in the past five years.

In her (assuming gender here) that Sotomayor is nut job that believes everything belongs to the government. Don’t worry. I’m from the government and am here to help you. What a goofball. What a maroon!!!