Veldhuizen is one of six young farmers profiled in "Farmland,” a 77-minute documentary by James Moll currently streaming on Netflix. 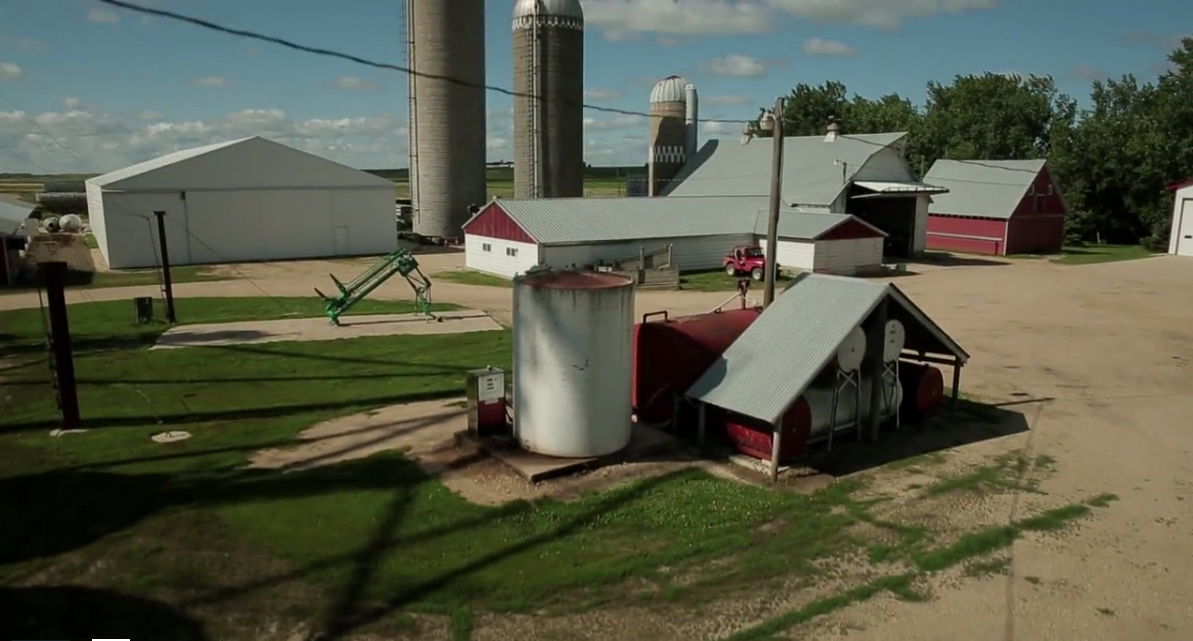 Veldhuizen is one of six young farmers profiled in “Farmland,” a 77-minute documentary by James Moll currently streaming on Netflix.

The film is “generously supported” by the U.S. Farmers and Ranchers Alliance, and they make no secret about it: They bankrolled “Farmland” as an answer to industry exposés like 2008’s groundbreaking “Food, Inc. In case you’re wondering, Monsanto and Dupont are indeed members of the USFRA.

“Farmland” is a response to documentaries about the commercial farming industry that have sought to raise the curtain on the industrial production practices of large-scale agribusiness, and the subsequent abuses to the environment, laborers and animals. The movie sidesteps many of these stickier issues, but there’s one “disconnect” that it is determined to clear up. The filmmakers seem to think that the general public is under the impression that farmers are synonymous with the pitchfork-carrying, dour-faced couple in the American Gothic painting. (It’s ironic, since that painting has been considered something of a parody of a farmer’s life.)

The film starts by making it clear that today’s farmers are indeed people who live in this century. They go to college! They use smartphones! They lose emails and screw up UPC codes!

Hardly the riveting stuff of documentaries, “Farmland” is not out to shake us up or wake us up. But there are a lot of pretty sunsets and panoramas, as music swells in the background.

Structurally, the film has no narrative, nor do we get a narrator to shed light on issues along the way. Instead, it’s a pastiche of interviews with six 20-something farmers who discuss their opinions and experiences. They are meant to represent a cross-section of today’s family farmer.

All are likable and seem both wholesome and ambitious. Their farms are scattered across the country to denote geographical diversity. There are five men who come from families that have been farming for generations, and one spunky woman who is pioneering her way through the business with the aptly-named One Woman Farm.

These farmers seem to have been carefully selected to spotlight different facets of modern farm life. Some are organic farmers, others use GMOs. Some grow vegetables, others raise livestock or manage chicken operations. They have (slightly) different points of view, but everyone is too polite to knock another farmer’s choices, or too vague to defend their own.

For example, one farmer expresses his thoughts about the use of chemicals like this: “Don’t try to vilify what I do. It does sound bad, but you use chemicals when you wash your hands.”

The film does a better job illustrating the challenges, if not the complexities, of the business. Farming is hard work. It’s risky. Small farms have been consolidated, so there are fewer farmers, and bigger, more expensive farms. (The filmmakers saw no reason go into the history or reasons for this.)

Occasionally, a farmer mentions – then quickly tiptoes around – some of the thornier topics. We’re informed that veterinarians administer all antibiotics, but get no information about hormones and additives. There’s no mention of climate change, but a farmer does explain that his livelihood is “completely dependent on the weather” even though “it’s completely out of his control.”

In these moments, “Farmland” reveals itself to be a slick infomercial trying to dress in a documentary suit. The weather comment says it all. Hot-button issues are avoided. Opinions seem deliberately superficial and un-provocative. Information is limited and unsupported. What’s left to talk about besides the weather?

The intended takeaway is meant to reassure us that farmers are salt-of-the-earth folks. They work hard, strive for success in a risky, difficult business and deserve our trust. But I suspect that seasoned growers, not to mention documentary viewers, will take away a sense that this product is not quite wholesome. It’s bland, sugarcoated and stripped of any nutritional content.

That said, some might enjoy hearing the farmers’ firsthand accounts and appreciate various perspectives from people who are committed to this industry. If so – and if you’re not being paid by anyone to rave about this movie – we’d love to hear your thoughts. 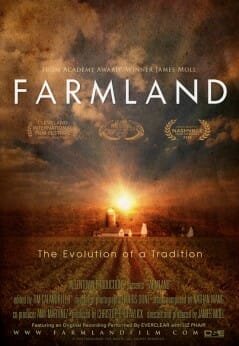 Rating: Unrated and family-friendly; contains nothing objectionable
Where to Watch: Netflix, DVD