Male ducks are called drakes and female ducks are usually referred to as, well, ducks. A group of ducks may be called a brace, raft, skiff, team, paddling or sord, depending on where you're from. Here are a few other duck facts we bet you didn't know. 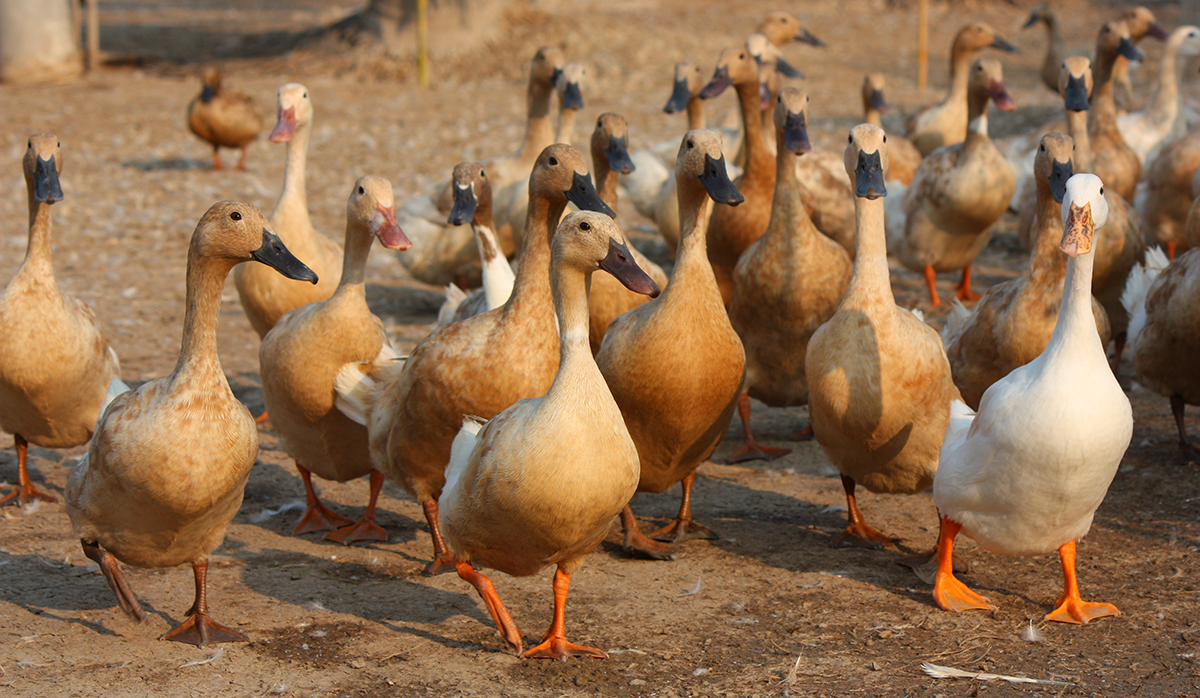 There are many ways to sex a duck. Besides listening to their call, visual cues are the easiest way to tell boy ducks apart from girl ducks. In most breeds the males are larger and have more colorful feathers and markings. Even on breeds with little to no sexual dimorphism, the males tend to have curly tail feathers. Another clue is that female ducks, once they reach egg-laying age, develop freckles on their bills, while male ducks have bare bills throughout their lives.

Some ducks run fast! Indian Runner ducks are originally from Southeast Asia, where they were herded from the house to the rice paddy each day. They had to run fast to keep up with their human herders. With tall, slender, upright bodies, they look like a cross between a mallard and a penguin. Indian Runner ducks are known for their ability to hunt down bugs, slugs and snails and were traditionally employed to perform pest control in the rice paddies. Today they are often used for backyard garden pest control.

Ducks with funny hairdos have a genetic disadvantage. Crested ducks, which are popular in duck shows, have an orb-shaped clump of feathers on the top of their heads that, depending on the breed, can resemble the hairdo of George Washington, a rock star with a mohawk or an old woman with a bun. Unfortunately (for the ducks) the fancy hair is a result of inbreeding and is often associated with other, more problematic deformities. If you breed a crested duck with a crested duck, many of the offspring die before they hatch, while others emerge with twisted necks or other problems that leave them disabled.

Ducks turn white with age. White ducks are white their whole lives, but dark-colored ducks slowly develop white patches in their feathers as they age, just like human hair. Eventually, when they are very old, they may become entirely white.

Ducks have very unusual sexual organs. Most birds do not have penises or vaginal canals at all, mating instead with a ‘cloacal kiss’. But ducks are one of the few birds whose genitalia (vaguely) resembles our own. The subject has only recently been studied by scientists, but it turns out that males have springy corkscrew-shaped penises up to 16 inches in length and females have a corresponding spiral-shaped vaginal canal.

Hi,
I have 2 Peking ducks, both 5 months old. Both have loud quacks no turned up tail feather and they have beak freckles. One tries to mate with the other while in the pool. Is he a male, even with no external signs?

I hope you can help with my question.
Kind regards
Lauren

If they are both making the loud QUACK of the female duck, both are female.

Yes, you will see females mount other females. This, from what I have seen happens especially when there are no male ducks around. It is not unusual, to me at least.

We have females that had been with a drake, but the drake was too big, so we gave him away. After this we still saw lots of mating behavior like rapid quacking, head dipping, mounting and breeding activity amongst the females. We have a smaller drake now and the female-mounting-female looks to have stopped.

I have two Rouen ducks. One has a drake feather, while the other one doesn’t. I’m confused because the one without the drake feather is turning a lot more green in the head than the Duck with the drake feather. If you could help me, that would be great!

Can a smaller drake still mount larger hens? I have a mallard drake and 3 pekin hens as well as a blue swedish drake. Well he be able to reproduce or be outcasted? 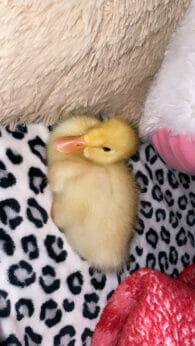 This article is idiotic

Popular
How to (Actually) Get Rid of Fruit FliesEmily Baron Cadloff
7 Smokable Plants You Can Grow That Aren’t MarijuanaBrian Barth
How to Design a Moon GardenLindsay Campbell
6 Differences Between Llamas and AlpacasAndrew Amelinckx
Goat Sex: Everything You Wanted to Know But Were Afraid to AskAndrew Amelinckx
Explore Modern Farmer
Related
Animals
The Unique Struggle of Running a Sheep Dairy in AmericaChristine Clark
Million Gardens Movement
America’s Oldest Continuously Operating Victory GardenFrank Giustra
Plants
Tar Spot Disease Is Plaguing Corn Fields Across the MidwestLindsay Campbell
Animals, Environment
Making the Case for BugsEmily Baron Cadloff
wpDiscuz
We use cookies on our website to give you the most relevant experience by remembering your preferences and repeat visits. By clicking “Accept”, you consent to the use of ALL the cookies.
Cookie settings ACCEPT
Privacy & Cookies Policy