Who Steals A Barn? Iowa Thieves, That's Who - Modern Farmer

Who Steals A Barn? Iowa Thieves, That’s Who

In Welton, Iowa, thieves have outdone themselves and stolen something that was, in fact, nailed down: a barn. 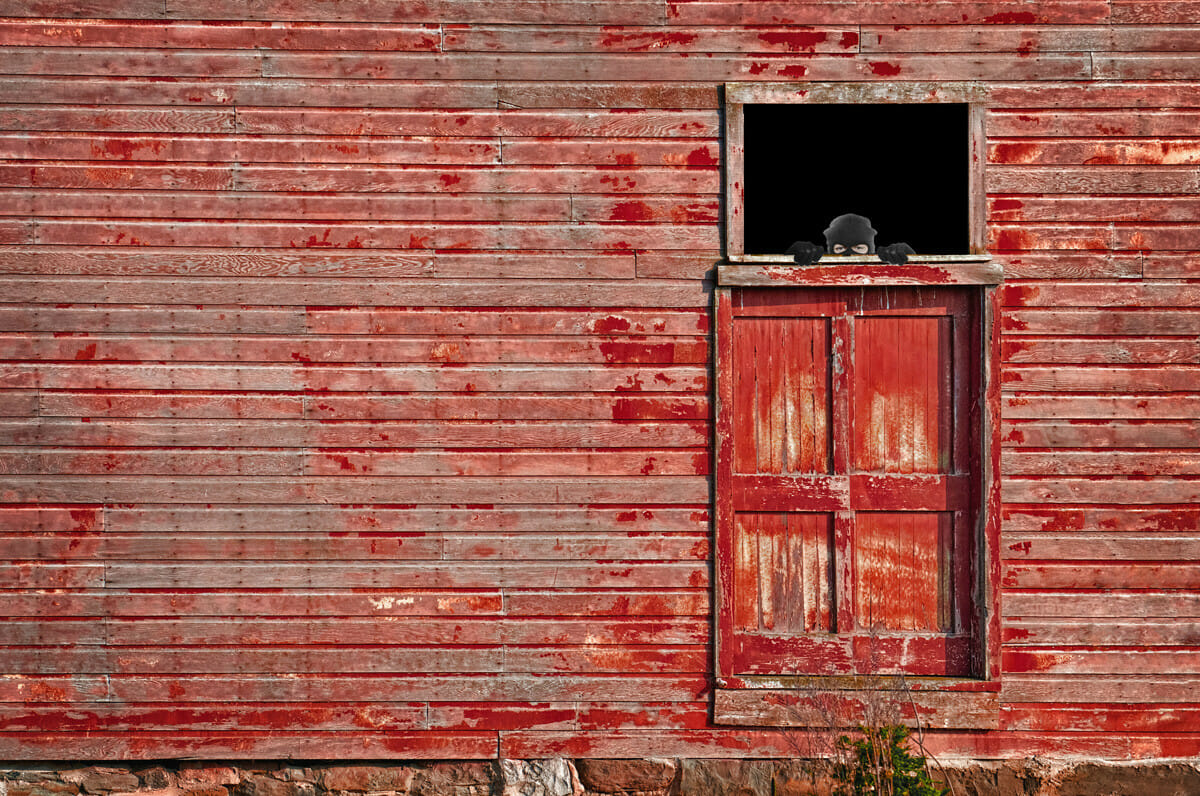 Thieves recently plundered a barn located on a century farm (one that’s recognized as being owned by a family for at least 100 years), cutting away 24-foot pieces of hand-hewn wooden beams, removing the floorboards, walls and the large hay door, according to the Quad City Times.

The theft was discovered last month by Sally Ruggeberg, whose family has owned the farm for generations, the newspaper reports. The family had begun leasing the land to another farmer after Ruggeberg’s father, Everett, went to live in a retirement home 18 months ago. No one was living on the property at the time of the theft.

Clinton County (Iowa) Deputy Sheriff Tom Christoffersen says the investigation is ongoing and the department is following up on leads. Farm-related crime in the county is unusual, he says, and this theft even more so.

“I have not [seen this type of crime before],” he tells Modern Farmer.

Sally Ruggeberg says her family had already torn down other buildings on the property and had plans to remove the barn as well, and sell the wood, but thieves beat her to it.

“Who steals a barn?” she wonders aloud.

In Iowa, where more people were convicted in 2011 (the latest figures) of farm-related thefts than for stealing cars, lawmakers are considering upping the penalties for these types of crimes. It’s unclear if barn theft would qualify.